Home Top Story Starc: Nothing more exciting in ODI cricket than playing in a World Cup

Starc: Nothing more exciting in ODI cricket than playing in a World Cup 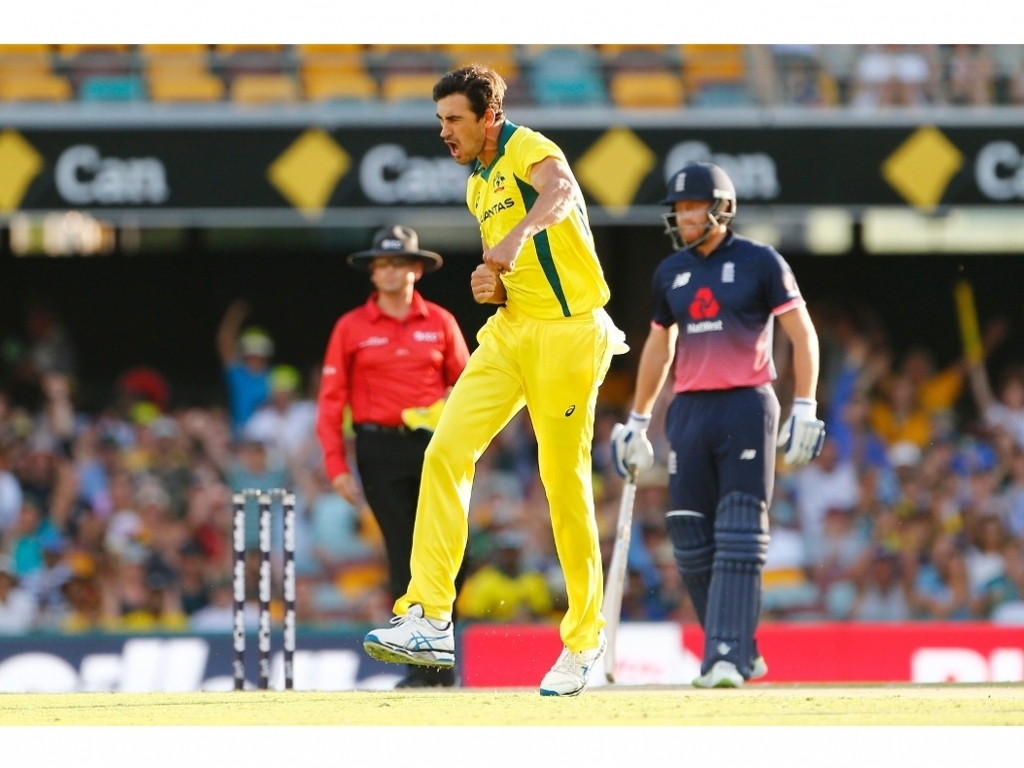 Australia fast bowler Mitchell Starc and all-rounder Glenn Maxwell have shared their excitement at next year’s ICC Cricket World Cup 2019 after the defending champions’ schedule of matches was confirmed.

Starc, who was the player of the ICC Cricket World Cup 2015, said he was anxiously looking forward to visiting England next year in pursuit of a title defence, while Maxwell, who was also part of the 2015 World Cup winning side, said the 2019 event will provide Australia with an opportunity to show the world the class and the talent the side possesses.

“There is nothing more exciting in one-day cricket than playing in a World Cup,” remarked Starc, adding: “With the tournament only happening every four years, it’s a unique event to play a part in. Winning the 2015 World Cup in front of our home crowd was an amazing feeling and we can’t wait to visit England next year to defend our title.”

The five-time world champions launch their title defence against ICC Cricket World Cup Qualifier winners Afghanistan in a day/night fixture at Bristol on 1 June and go head to head with their trans-Tasman rivals New Zealand in a repeat of the 2015 final at Lord’s in their penultimate league match on 29 June at Lord’s.

“Beginning our campaign against Afghanistan will be a great occasion, as  will be playing New Zealand at Lord’s in a repeat of the 2015 final,” said Starc, who took 22 wickets in eight matches in that tournament three years ago.

Apart from their match against New Zealand, Australia will have three more matches in London – against India and Sri Lanka at The Oval on 9 and 15 June respectively, and against Ashes rivals England on 25 June at Lord’s.

In 1999, Australia had played against India at The Oval and comfortably won by 77 runs following Mark Waugh’s 83 and Glen McGrath’s three wickets.

When the event was last staged in England and Wales in 1999, Australia were involved in two classic encounters against South Africa at Headingley and Edgbaston, but next year the two sides will lock horns under the Old Trafford floodlights on 6 July, which will be the last league match for both sides.

Australia’s two matches will be at Trent Bridge, against the Windies and Bangladesh on 6 and 20 June respectively, while they will take on the reigning ICC Champions Trophy winners Pakistan in Taunton on 12 June (between their matches at The Oval). In 1999, the two sides had met at Headingley, with Pakistan winning by 10 runs.

“If selected it would be a great opportunity to take Australia to back to back World Cups, it would be pretty special for our young playing group,” said Maxwell, who has scored 2,069 runs and taken 45 wickets in 81 ODIs to date.

“We are going to be led by a different captain than we were in the 2015 edition and it would be a great effort for our team to prove everyone wrong that we have slipped a little bit in the rankings. It would be nice to show the world what sort of class we do have in the team at this World Cup.