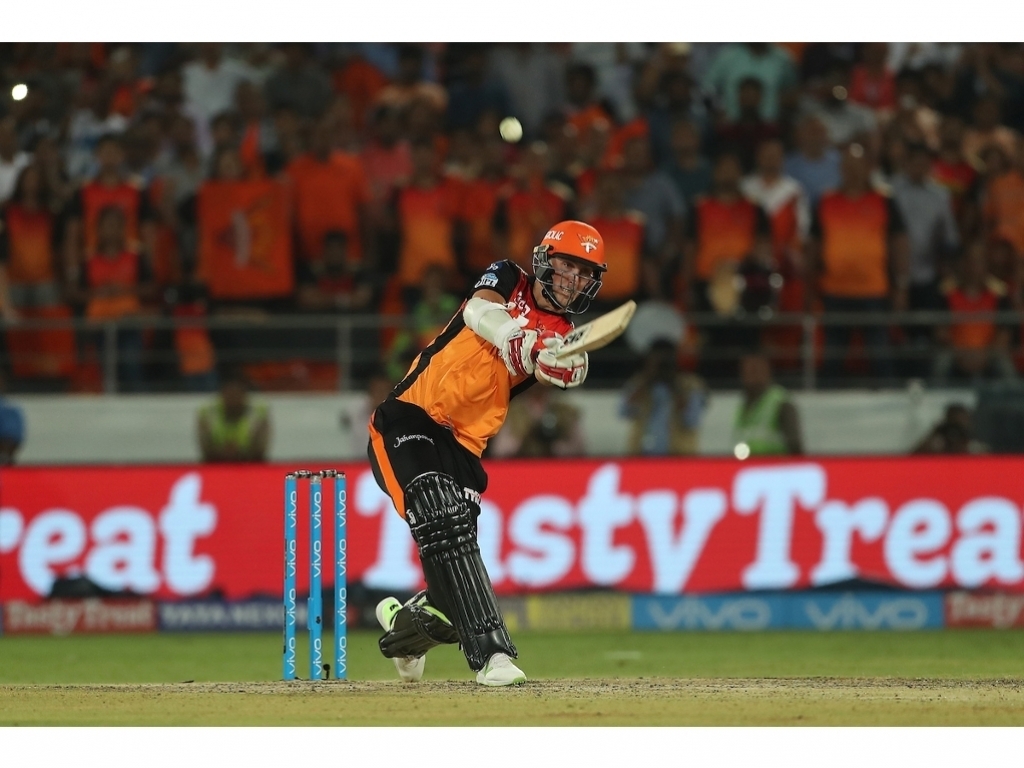 The Sunrisers Hyderabad earned a 1 wicket win over the Mumbai Indians at the Rajiv Gandhi International Stadium in Uppal on Thursday.

Set up a by a brilliant bowling display Shikhar Dhawan was yet again on song to help fire the home team to victory.

The home team won the toss and unsurprisingly sent the Mumbai outfit in to bat first.

Billy Stanlake (2/42) and Siddarth Kaul (2/29) did the damage up front with the Aussie claiming the big wicket of Rohit Sharma (11) at the end of his first over, the second of the match.

When Ishan Kishan (9) and Evin Lewis (29) fell in the same Kaul over the wheels fell of for the Indians.

Rashid Khan equalled IPL record for dot balls bowling 18 of them in his four overs returning figures of 1/13.

Sandeep Sharma was the pick of an excellent bowling group returning figures of 2 for 25 from his four.

Suryakumar Yadav (28) and Kieron Pollard (28) were able to lift the Mumbai Indians with a 38 run stand but the 147 for 8 they managed in their twenty overs didn’t look enough.

It was made to look even smaller when Shikhar Dhawan (45) and Wriddhiman Saha (22) got off to a flying start.

The pair put on 62 for the opening wicket and despite losing both openers and Manish Pandey (11) to sensational young MI spinner Mayank Markande and skipper Kane Williamson (6) to Mustafizur Rahman the home side were still in a comfortable position headed down the back straight.

Markande (4/23) set the cat among the pigeons though with a fourth wicket, that of Shakib-al-Hasan (12) in the 13th over but with six overs to go the Sunrisers needed 34 runs to win with five wickets in hand.

The Sunrisers looked to have it all under control with Deepak Hooda and Yusuf Pathan at the crease but then Jasprit Bumrah took out Pathan (14) and Rashid Khan (0) and the panic set in.

Mustafizur Rahman went for just one in the penultimate over and claimed two wickets to set up a thrilling final over.

Hooda launched Ben Cutting over the rope in the final over before a wide made things a little easier but the set man lost the strike with three balls to go leaving Stanlake to try to get off strike.

Stanlake would get one and then see Hooda tie the scores with one ball to go but big Billy did not disappoint smashing the winning runs over midwicket.