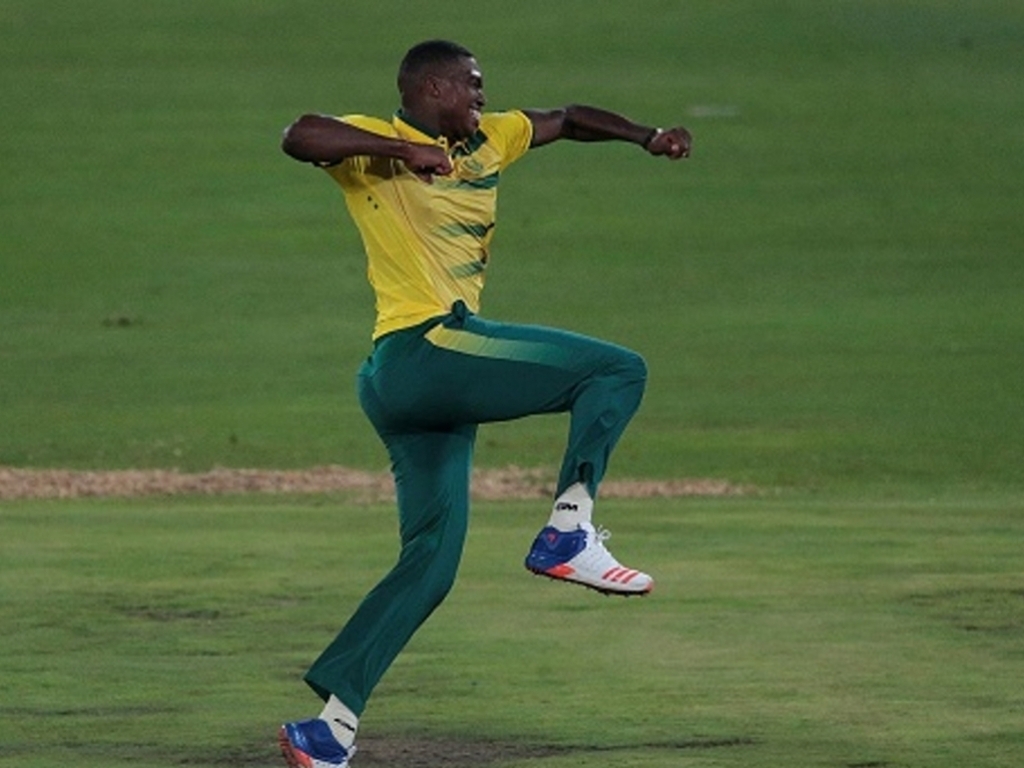 Man of the match in the first T20I against Sri Lanka and Proteas debutant Lungi Ngidi has admitted to feeling a little emotional after his match clinching second over.

Ngidi bowled the eighth over of the ten allotted to Sri Lanka to chase down the Proteas 126 and would concede just two runs while capturing the wickets of Seekkuge Prasanna and Kusal Mendis.

The crowd responded by giving Ngidi a warm reception that left the big quick feeling overwhelmed with emotion.

Ngidi said after the game: “I’ve never heard people scream my name and it was an amazing thing because I’ve worked really hard to get to where I am at the moment.

“The way the fans chanted my name and acknowledged me and my performance was amazing. I actually got a bit emotional and needed to take a moment to gather myself and focus on the game.

“I was nervous in the 10 overs because I’ve played in short format game and things turned out very badly. I knew I had to step up so I put all the negatives out of my head and all that was left for me was to go out there and do the job.”

Ngidi featured for the Titans in the CSA T20 Challenge final and has played in the Red Bull University Champs finals as well which he believes helped him prepare for the pressure of international cricket.

He added: “I’ve played in a few finals and I’ve been under pressure quite a few times.

“That’s one of the things that I felt were to my advantage‚ that of having been under pressure before.

“Also opening the bowling for your country is not a joke.

“I just tried to focus on the method that worked for me and also staying in the moment.”

Ngidi is rapidly becoming a household name in South African cricket something which he admitted would take some getting used to.

He went on: “It’s going to be overwhelming because I’ve never had that many people asking for my autograph.

“There’s the odd one or two and now there’ll be even more but I’ll get there eventually.”