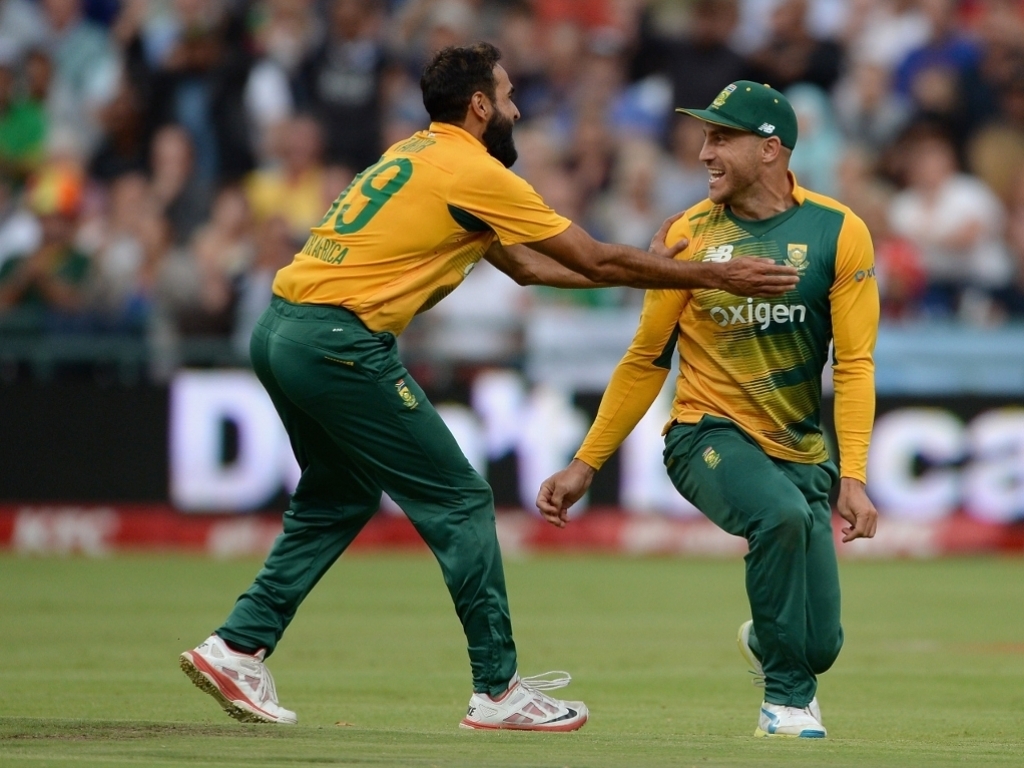 South Africa spinner Imran Tahir is optimistic that the new breed of youngsters the Proteas are producing will lead the team to success in the future.

Praising their composure and attitude after the two Twenty20 internationals against Sri Lanka, Tahir was impressed by the way they performed, with most of them getting a taste of international cricket for the first time.

“We’ve got a lot of young players playing in the team and the way we fought in this game, I think South Africa’s future is really bright,”  said Tahir.

Despite losing the second T20I, the 37-year-old said the mood at the camp is still positive and they are looking forward to the return of captain AB De Villiers, who he called the best player in the world.

“You can see how the guys handled the pressure really well, even with a small total – they (Sri Lanka) only got it in the last over,” said Tahir.

“We’ve given the youngsters a chance and seeing them play like that gives me goosebumps.

“We are not low in confidence (after the loss). I think everyone was happy with the way we fought. Our heads are high and we ready for the challenge in the next game.

“We are confident with this side that we’ll do well.

“We’re really excited and why wouldn’t we be … he’s the best player in the world.”