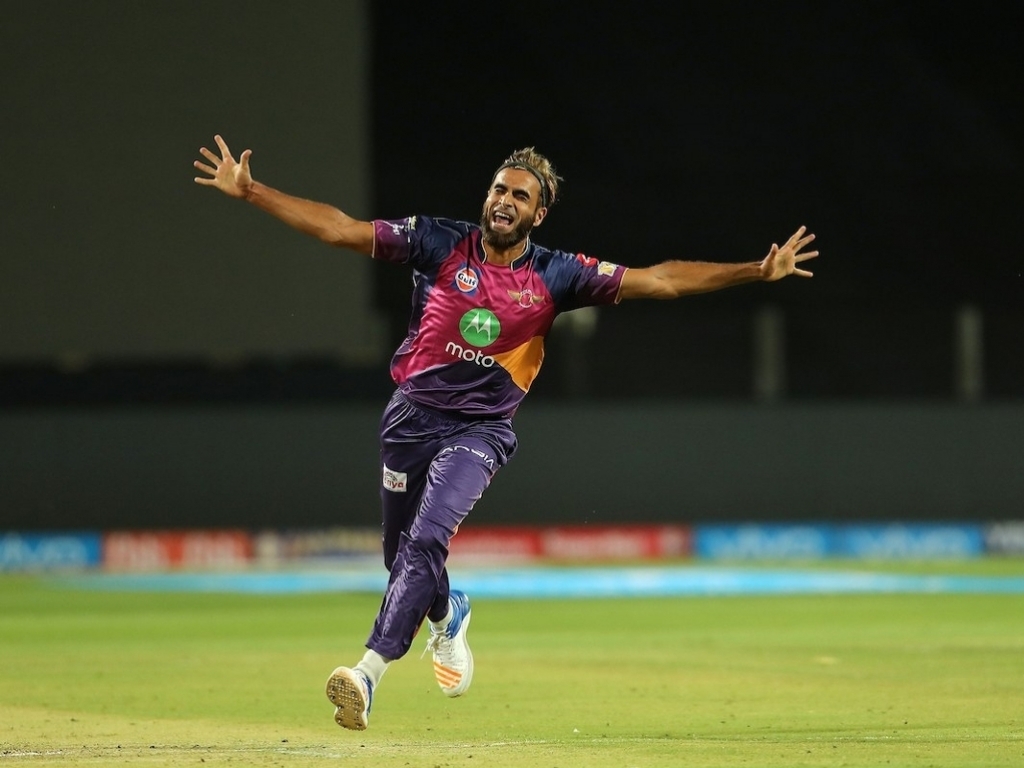 Proteas leg-spinner Imran Tahir is thriving on the challenge of playing in the IPL after his initial disappointment when he went unsold at the player auction.

An Injury to Rising Pune Supergiant overseas professional Mitchell Marsh opened the door for Tahir to return to the premier domestic T20 competition in the world.

Tahir claimed three quick wickets to halt the Mumbai Indians early charge and probably should have had a fourth as a very good appeal for leg before on Kieron Pollard was turned down.

Tahir told iplt20.com: “The way they were playing it looked like they were going to end up getting 200.

“I always love challenges, and when I bowl I always look to get wickets. I was very fortunate to get Patel out and obviously, the next two wickets were very special.

“Those guys were really good against spin bowling and it was very special for me that I got them out and [I’m] really, really happy with the way the ball came out. I’ve been here for one week and I’m trying to do well because it’s a new team and they gave me a lot of confidence.

“I always come on the ground with a smile on the face but inside I’m always ready to fight and try to give as much as I can. I love doing what I’m doing and I always look for a challenge.”

Tahir admitted that he was bitterly disappointed not to be picked up at the auction after being released by the Delhi Daredevils.

He added: “I was obviously sad not to be part of this league [in the auction] but there’s nothing I can do about it,

“But really relieved and pleased with myself about playing the way I’ve been playing and just deliver it today.

“I’m grateful to god and my family supported me, especially my wife. I was quite down when I didn’t get picked in the league. But our life carries on and I came here to prove myself again, that’s what my job is. I don’t blame no one for not picking me. My job, if someone picks me, is to come and perform, that’s what we do for a living.”

Next up for Rising Pune Supergiant will be a clash with the Glenn Maxwell skippered Kings XI Punjab on April 8.