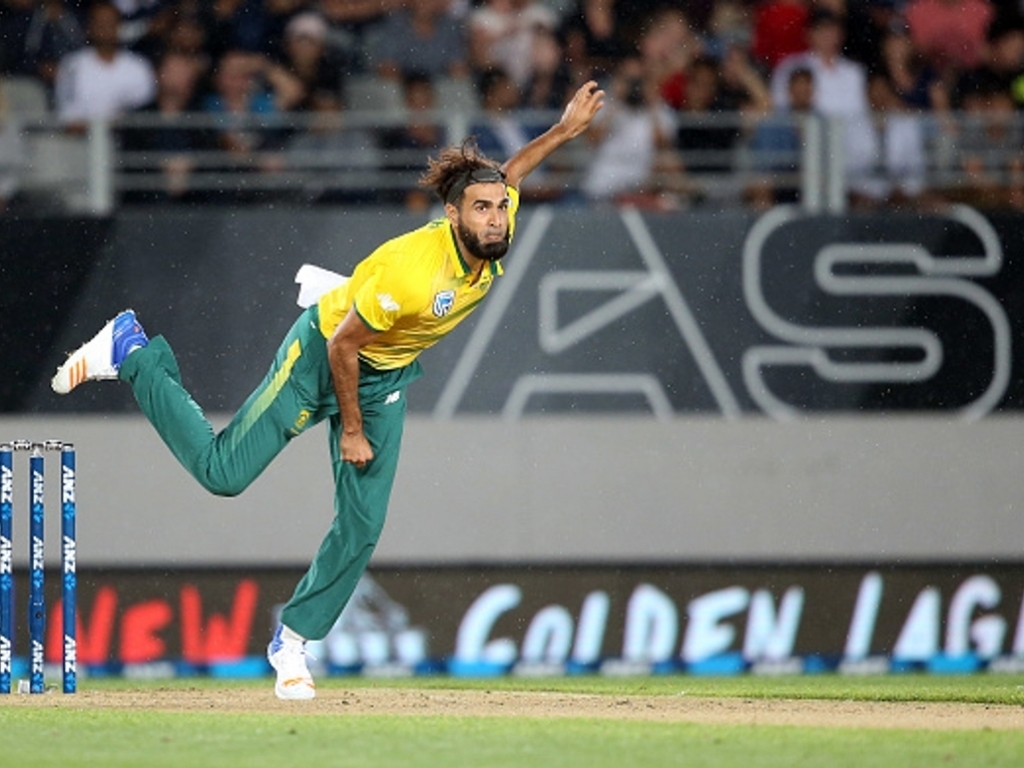 South Africa romped to a resounding 78-run win over New Zealand as Imran Tahir (5-24) made light work of the New Zealand batting order and the visitors begun their campaign with smiles across the field.

Hashim Amla (62 from 43 balls) played gloriously and starred with the bat as he and du Plessis (36 off 25) wasted no time in laying foundations as they put on a quick-fire 87 for the second wicket, managing an excellent start after being put in to bat.

A handy contribution from de Villiers (26 off 17) on his birthday bolstered the middle order and the Proteas looked set for a 200-plus target on a pitch that is shorter than it is wide and offers tantalizing straight boundary distances. That was before Trent Boult (2-8 in 4 overs) threatened to steal the show by restricting the target to something seemingly manageable.

Boult conceded only two runs per over and brought New Zealand right back into contention at the break. That three of his colleagues (Wheeler, Santner and Southee) went for at least ten runs per over was testament to Boult’s magnificent effort. It was a wonderful fightback.

New Zealand failed to get a single partnership going as Morris (2-10), Phehlukwayo (3-19) and Tahir ripped through the Black Caps line-up. Only Tom Bruce (33 off 27) managed a meaningful contribution but he lacked for company in the middle as the 22 000-strong crowd were left disappointed as the home team were bowled out for 107 runs inside 15 overs.

Tahir’s five-wicket haul was his first in T20 Internationals and was the third by a South African in the format. Of course, he celebrated each wicket as if it were a match-winning moment but you cannot criticise him too much for his enthusiasm.

Heavy rain leading up to the match threatened to wash the fixture out but the skies cleared up two hours before play and on and off light drizzle later in the game was not enough to disrupt the action.

All reports suggest it has been a miserably rainy summer in New Zealand (surprise, surprise!) and the Proteas single warm up game was abandoned without a ball being bowled.

New Zealand have beaten Pakistan, Bangladesh and Australia at home this season but South Africa represents a new challenge. Here is hoping that the summer has just warmed up.