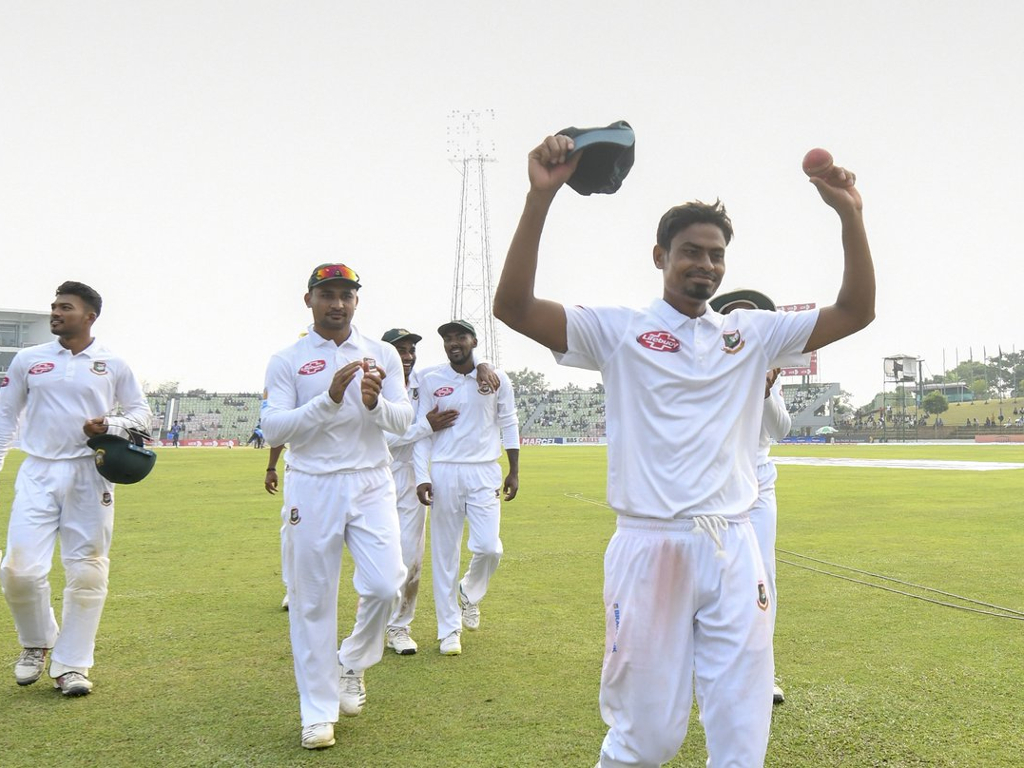 Bangladesh spinner Taijul Islam returned figures of 5/62 wickets on Day 3 of the first Test against Zimbabwe to bring the Tigers back into the game.

Taijul claimed 11 scalps through the game and was the vital cog in the home side’s bowling machine. Zimbabwe, who started the day at 1/0 with a lead of 140, saw their middle order blown away by his terrific spell.

The left-arm tweaker accounted for Brendan Taylor, Sean Williams, Sikandar Raza, Peter Moor and Tendai Chatara in the second innings, and thus played an integral role in the visitors bundling out for 181.

Bangladesh openers Liton Das and Imrul Kayes held strong for the rest of the day before the umpires decided to call off play due to insufficient light. Chasing 321 runs in the fourth innings, the duo added 26 runs in 10.1 overs, ensuring the hosts suffered no hiccups in the final session.

Earlier in the day, many Zimbabwean batsmen got starts with the bat but were unable to convert them into substantial totals. Hamilton Masakadza, the Zimbabwe captain and skipper, was their highest scorer in the innings with a 104-ball 48. Taylor, Williams and Raza all got into the 20s, but could not capitalize after settling in.

Mehidy Hasan and Nazmul Islam played perfect ancillary roles to Taijul, claiming three and two wickets respectively. The former drew the first blood in the morning session, uprooting Brian Chari’s off-stump with after the right-hander had played out 33 deliveries for his four runs. 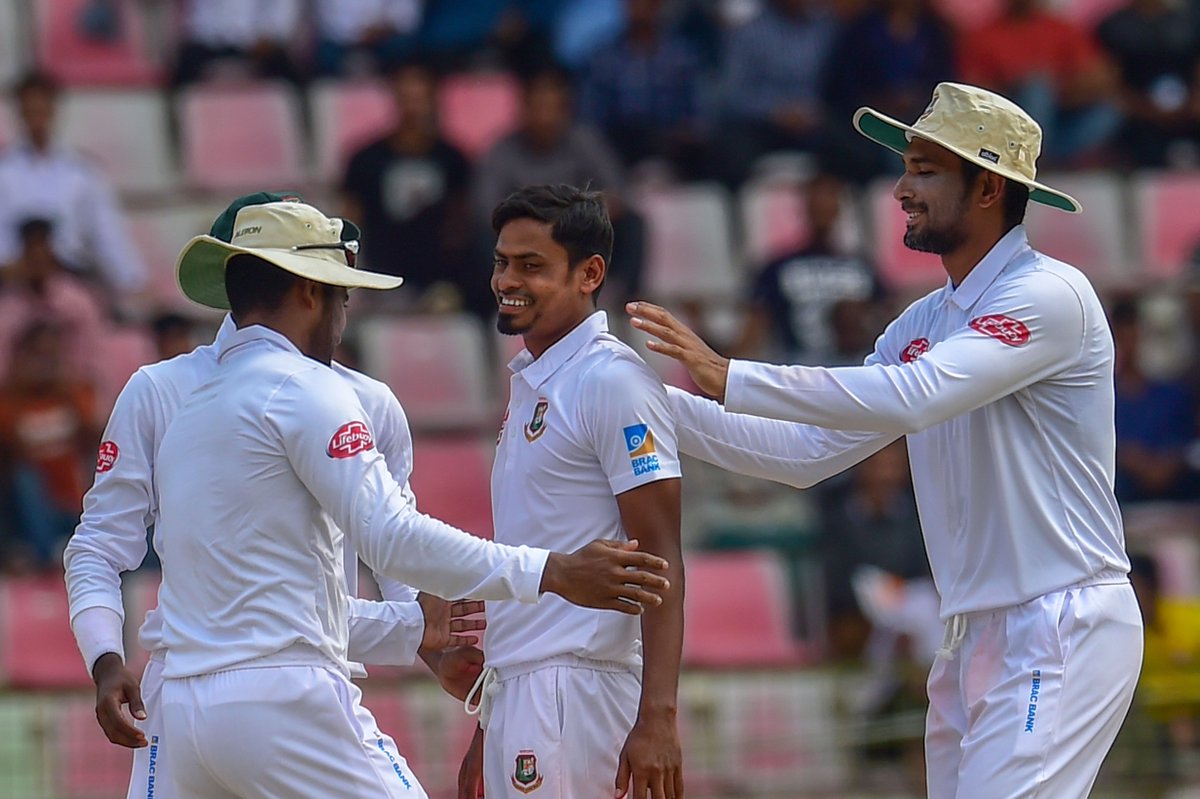 Taylor, who came in as Chari’s replacement, smashed four boundaries to give impetus to the innings after the early wicket. However, he had to walk back to the pavilion after falling to a stunning catch from Kayes off Taijul in the 19th over.

Mehidy’s second scalp was the Zimbabwean captain, who tried to play the reverse sweep against the off-spinner, only to get trapped LBW in the 37th over. Taijul then removed Williams, Moor, and Raza in a span of 1.4 overs, cramping the visitors at 130/6 after 43.3 overs.

Wicket-keeper batsman Regis Chakabva and Wellington Masakadza tried to steady the ship with a 35-run stand for the seventh wicket. The resistance was broken by Nazmul in the 65th over, when he dismissed Chakabva for a 5-ball 20.

The rest of Zimbabwe’s innings fell apart quickly thereafter, folding for 181 all out within 66 overs. Mahmudullah and his men looked down and out on the second day, but have now gotten themselves with a serious chance to come out on top of this encounter, though they will need to bat extremely well to do so.