Tamim and Shakib sink the Windies in Florida 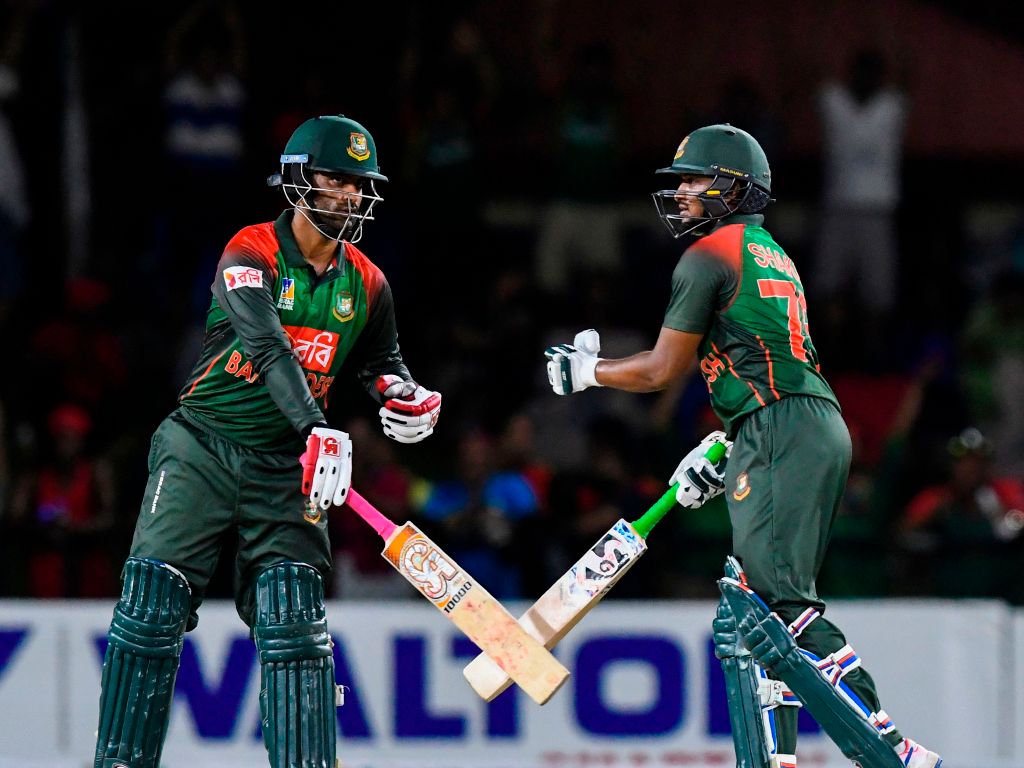 Chasing 172 for victory at the Central Broward Regional Park Stadium, West Indies got joint top scores of 43 from Andre Fletcher and Rovman Powell but the remainder of their batting flopped, leaving the reigning World champions short of their target at 159 for nine.

Shakib had earlier combined with Tamim to fire Bangladesh to a competitive 171 for five after they were sent in. 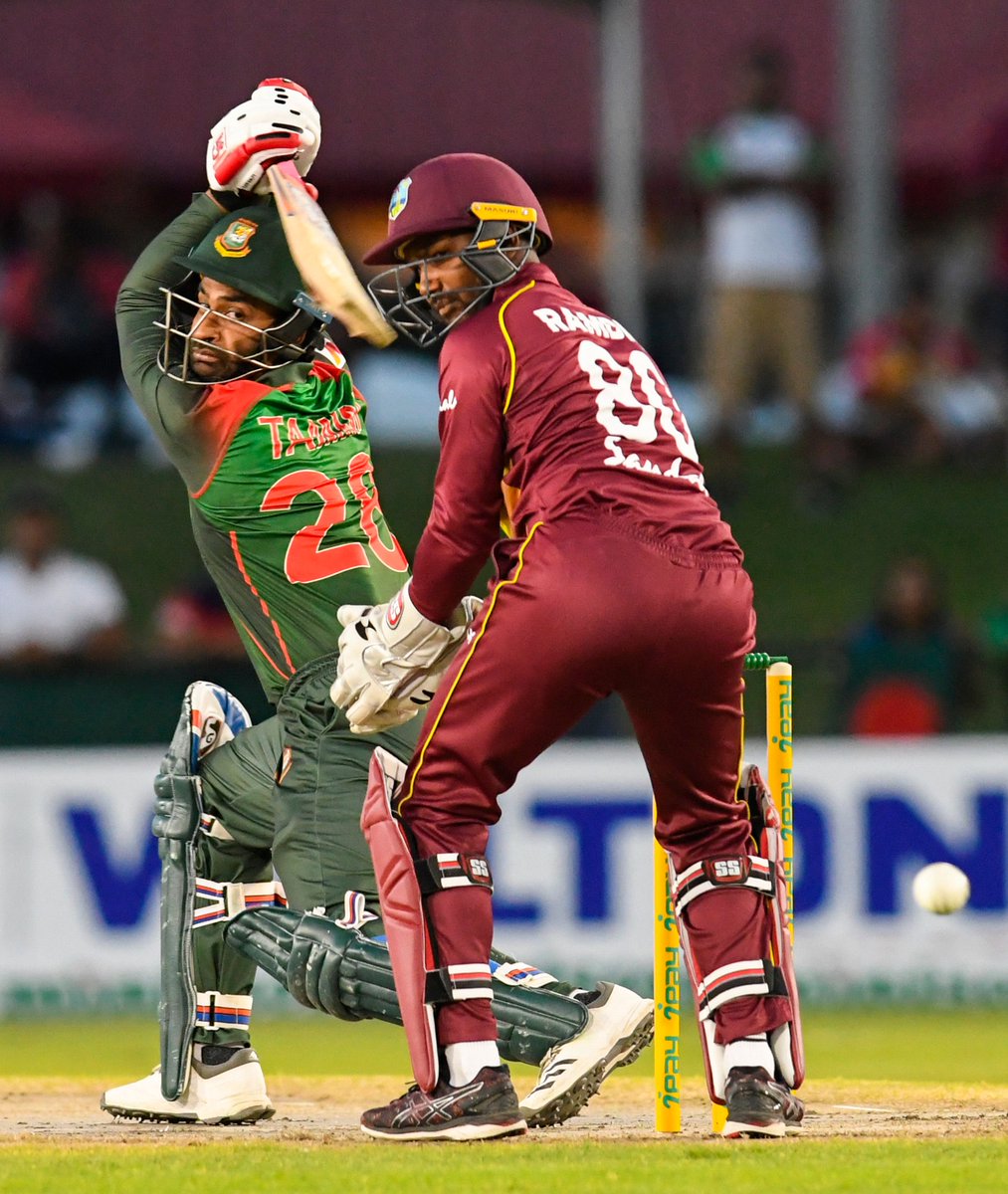 Man-of-the-Match Tamim top-scored with 74, adding 90 for the fourth wicket off just 50 balls with Shakib who chipped in with 60.

Together, they pulled Bangladesh around from a shaky position of 48 for three in the eighth over after off-spinner Ashley Nurse (2-25) had struck twice inside the first four overs to give the Windies the early momentum.

Nurse removed Liton Das in the second over for one, caught at cover by captain Carlos Brathwaite and in his next over, had Mushfiqur Rahim (4) taken by Andre Russell at point on the reverse sweep.

Soumya Sarkar holed out at long-off off pacer Keemo Paul (2-39) for 14 before Tamim and Shakib settled in to revive the Bangladesh innings.

The stand was broken when Tamim picked out long on with pacer Russell at the end of the 16th over, and Bangladesh only managed to gather 33 runs from the last four overs.

The West Indies’ run chase started badly when Evin Lewis was trapped on the crease, lbw to Mustafizur for one in the second over with the score on five. 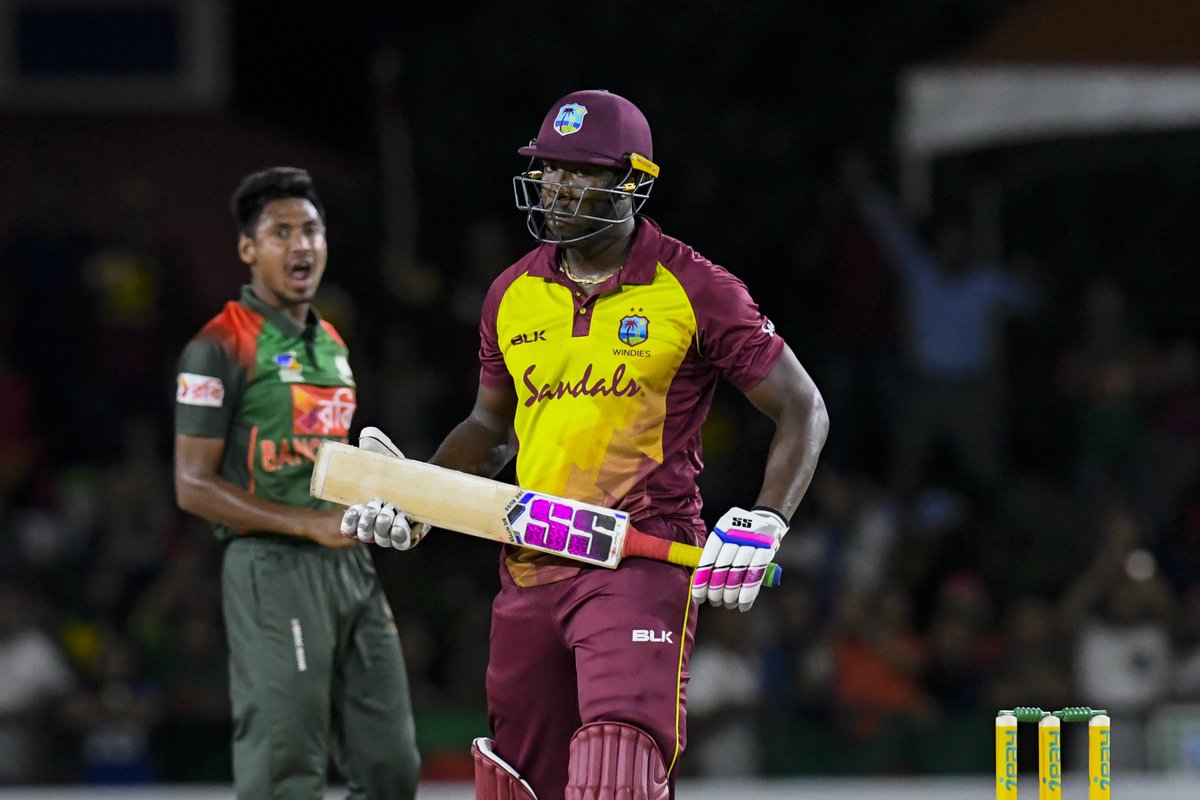 Russell entertained briefly with a four and a couple of sixes in a 10-ball 17 before edging a swing at a short one from Mustafizur and falling to a catch at the wicket in the fourth over.

Marlon Samuels (10) found deep mid-wicket with Shakib in the fifth over at 48 for three and Denesh Ramdin controversially perished lbw on review for five as the Windies crumbled to 58 for four in the eighth.

Fletcher and Powell then breathed hope into the run chase courtesy of a 58-run, fifth wicket stand but the stand required 43 balls and the required run rate had risen to nearly 10 an over at the half-way stage of the innings.

Nazmul struck the crucial blow in the 15th over when Fletcher miscued to Shakib at point and the dangerous Brathwaite then holed out in the deep off Shakib for 11, as West Indies stumbled again.

They required 39 runs from the last three overs but the demise of Powell, brilliantly caught one-handed at the wicket by Mushfiqur off Mustafizur in the penultimate over, saw all hope of a win disappear.