A trio of half-centuries from Rovman Powell, Chris Gayle and Shai Hope failed to top Tamim Iqbal’s 11th career hundred that set up Bangladesh for an 18-run victory over West Indies in the decisive third ODI.

Powell hit five fours and four sixes in the top score of an unbeaten 74 off 41 balls, Gayle supported with 73 off 66 balls that included six fours and five sixes, and Shai Hope gathered five fours in 64 from 94 balls, but chasing 302 for victory, the West Indies finished on 283 for six in 50 overs on a typically slow Warner Park pitch.

The result meant that West Indies lost the three-match series 1-2, following a 48-run defeat in the first ODI last Sunday at the Guyana National Stadium, where they bounced back to clinch a series-levelling win by three runs three days later – and Jason Holder is still looking for his first series win in 15 tries as captain. 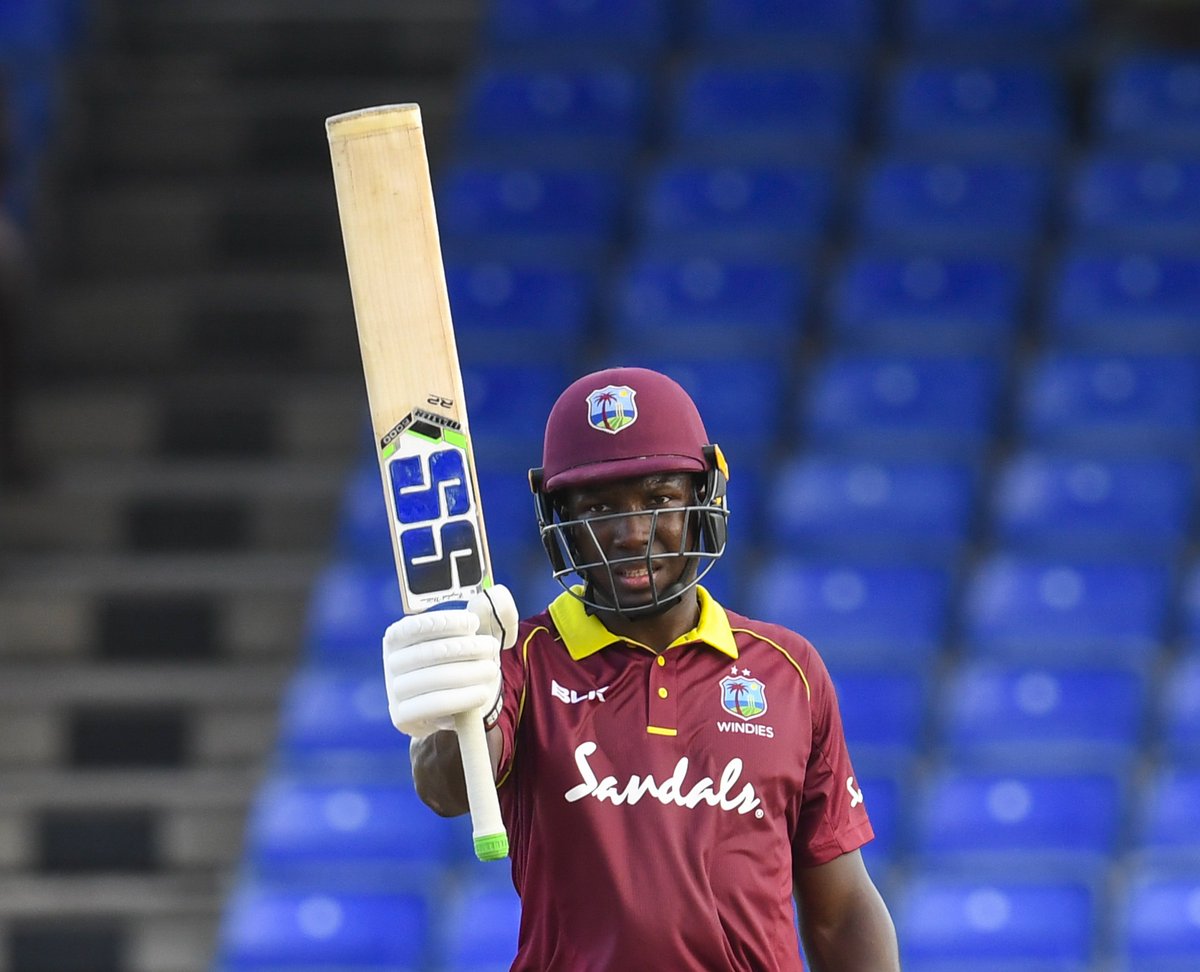 The West Indies lost Evin Lewis caught behind by wicketkeeper Mushfiqur Rahim off Bangladesh captain Mashrafe Mortaza for 13, edging a delivery that exploded from the surface of the pitch (53-1, 10.1 overs)

Gayle was caught at long-on by Mehidy Hasan off Rubel Hossain from a miscued lofted drive (105-2, 21.5 overs)

Shimron Hetmyer was bowled by Mehidy Hasan for 30, swinging loosely at a well-pitched delivery (172-3, 35.4 overs)

Kieran Powell was run out for four by a throw from cover fielder Mortaza to the bowler Mehidy, following a mix-up with Hope (179-4, 37.5 overs)

Hope was caught at deep mid-wicket by Shakib off Mortaza, swinging at a well-pitched delivery (224-5, 43.1 overs)

And, Holder was caught at long-off by Rubel Hossain off Mustafizur Rahman for nine, skying the ball to long-off (262-6, 47.1 overs)

Ashley Nurse was not out on five alongside Rovman Powell. 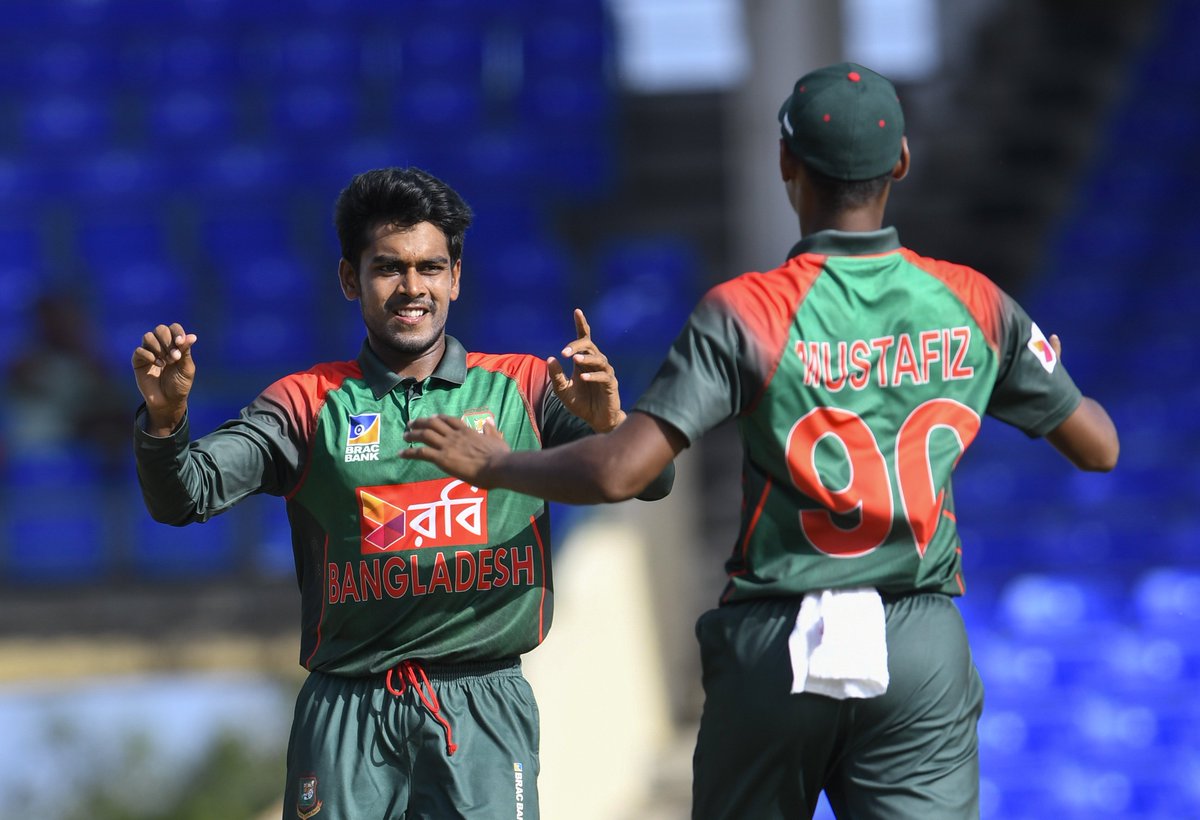 Earlier, no Windies bowler distinguished himself, but Tamim covered himself in personal glory with seven fours and two sixes in 103 from 124 balls and Mahmudullah struck five fours and three sixes in 67 not out off 49 balls to be the rocks upon which the Bangladeshis built a total of 301 for six in 50 overs, after they chose to bat.

Off-spinner Nurse and Holder took two wickets apiece, but left-handed opener Tamim batted freely from the start, sharing 81 for the second wicket with Shakib, and later drove Nurse to long-off for a single to reach his landmark from 120 balls in the 38th over. He later earned the Player-of-the-Match and Player-of-the-Series awards.

The hosts’ bowlers however, failed to put a cap on the visitors’ batting in the closing stages with Mahmudullah leading the charge, sharing a 53-run stand with Mortaza, as 97 came in the last 10 overs. 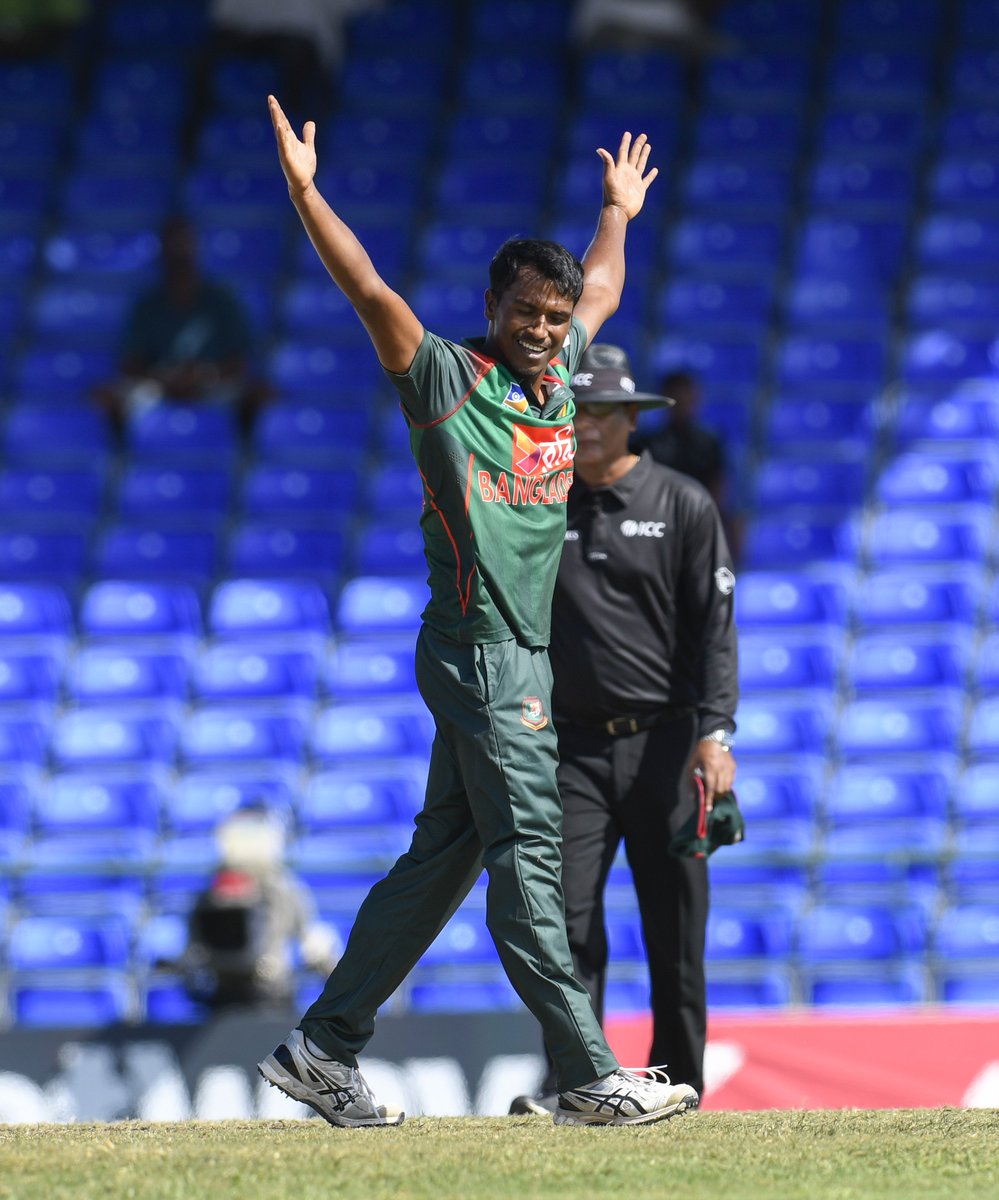 Bangladesh lost Anamul Haque caught at mid-on by Kieran Powell off Holder for 10 from a miscued hook (35-1, 9.3 overs).

Tamim was caught at square leg by Kieran Powell off leg-spinner Devendra Bishoo, played a whip off the legs (200-4, 38.5 overs).

Sabbir Rahman was caught at backward point by Lewis off Sheldon Cottrell for 12, slicing a drive (279-6, 48.4 overs).

Mosaddek Hossain was not out on 11 alongside Mahmudullah.