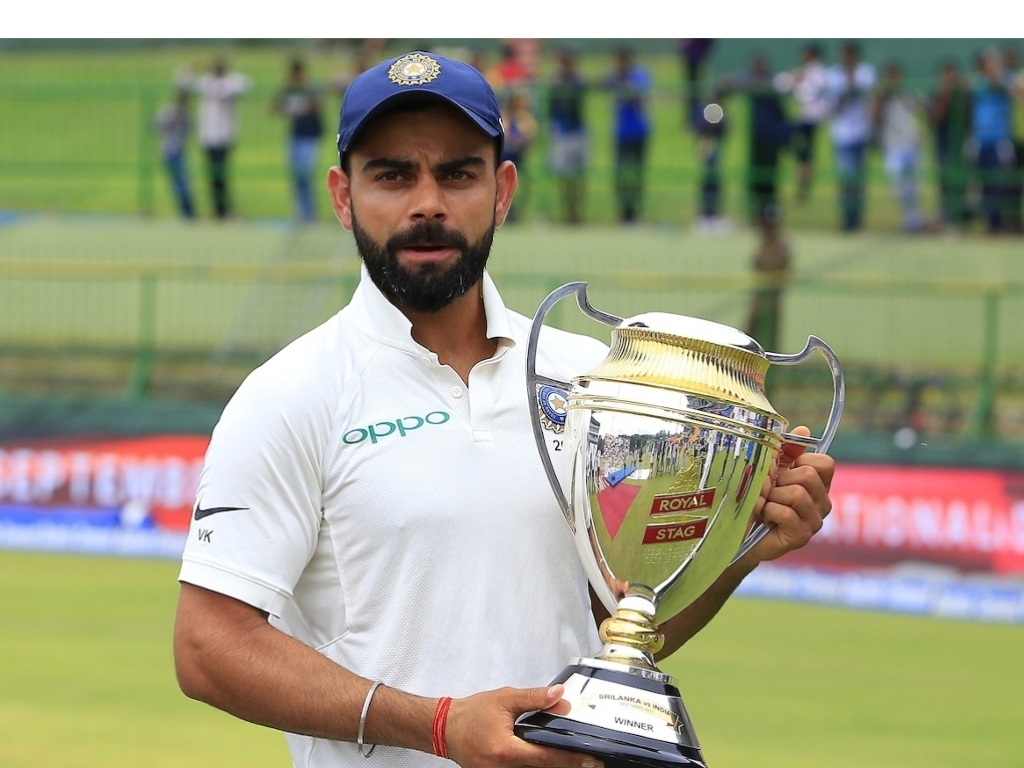 India skipper Virat Kohli has said that ridding the team of a culture of picking on new boys has allowed young players to flourish.

Kohli did not go in to specifics about when this culture change came about but says that the team feels like a group of friends.

Young hardik Pandya’s aggressive ton gave India the edge in this Test and he is not the only young player shining in this team.

Speaking after a massive innings and 171 run win over Sri Lanka inside three days gave India a 3-0 whitewash over Sri lanka Kohli said:  “Culture can only be built when everyone buys into it.

“And the way that can happen is when you don’t have any judgements, people coming in and if you don’t look at them with a critical eye, watching everything they are doing and trying to pick on small things. I think that is something that we have gotten rid of totally.

“In this team, we are more like a bunch of friends playing together rather than a senior or a junior. We don’t even think of the number of games an X has played or a Y has played within the change room. It is all about who you see every day.

“You can joke around with anyone inside the group, and that I feel is something that makes me feel proud of this particular unit.

“The way we have embraced each other and accepted each other with our different personalities and individuality, and that is the reason why people coming in feel like they don’t have to do anything different from what they know already.

“That I feel is something we all are proud of because we have been able to create that together.”

India have been in imperious form in Test cricket since Kohli took over the captaincy, barring his first series as skipper the team has not lost a series under him.

Kohli’s India are perhaps the most clinical outfit in Test cricket when it comes to putting teams away and they were ruthless against a shambolic Sri Lanka.

The skipper added: “We spoke about it in the morning, treat this as day five of an away tour, probably a series-defining Test match where we’ll have to get an opposition out within 60-70 overs, so take that attitude on the field and try to wrap up things and understand how that can be done.

“We wouldn’t have situations all the time where we’ll get 600, 500 and then we’ll have a chance to bat again and give a large total, sometimes we will have to enforce the follow-on and it could be series-defining.

“It could be something special for the team. So try making those habits from here on, let’s start being a bit more uncomfortable as a team, embrace pressure situations, look to put in that extra effort for the team.

“Also, understanding that we don’t play Test matches till December now, so… The guys were willing to give it all, and we took this as an opportunity to learn as a group together.

“So we keep finding different situations and scenarios where we can challenge ourselves as a team first before we look at the opposition. Again today was another opportunity for us to challenge ourselves, and I’m glad the way the guys stood up for it.”