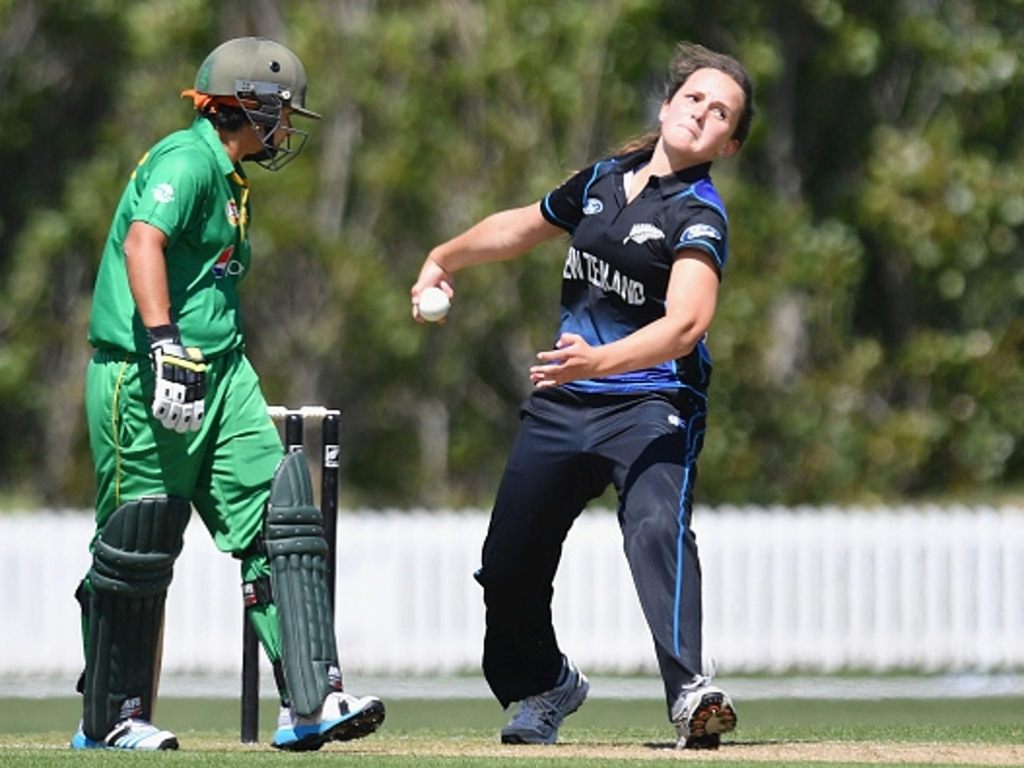 The teenager becomes the youngest-ever contracted White Fern, while Auckland’s Maddy Green is the other player to make the 15-player list for the first time.

All-rounder Anna Peterson has fought her way back onto the contract list, while Liz Perry, Morna Neilsen and Sam Curtis have missed out from last year.

Kerr’s central contract caps off a big twelve months for the teenager, who made her international debut last November before playing every game for the White Ferns at the ICC Women’s Cricket World Cup, finishing inside the top 10 tournament wicket takers.

Kerr, who is in Year 12 at Tawa College in Wellington, said gaining a NZC contract was a dream come true.

“I’ve always wanted to be a professional cricketer and to play for the White Ferns regularly,” she said.

“The last year’s all happened pretty fast, but I’ve really enjoyed the experience and I’m excited about the future.”

“I think we all know what a precocious talent Amelia is and she certainly showed that with her performances at the World Cup,” said Tiffen.

“She’s extremely skillful and confident, especially considering her age, and I think we’re seeing that more and more in the players that are coming through.”

Tiffen also congratulated the Auckland duo of Maddy Green and Anna Peterson on their new contracts, which she said were hard earned.

“Maddy’s shown plenty of promise in her limited opportunities and we’ve been impressed by her all-round skills and athleticism.

“Anna’s made it back onto the list through pure performance. She’s taken her chances when they’ve come and obviously claimed that memorable hat-trick in our Twenty20 series win against Australia earlier this year.”

Tiffen also pointed to 20-year-old Hannah Rowe and 25-year-old Leigh Kasperek, as rising stars who stood up at the recent World Cup.

“We’ve got a group of experienced players currently leading the way for the White Ferns, but we know they won’t be around forever.

“What the likes of Hannah, Leigh and Amelia showed in the UK is that there are players coming through who are ready to take up the mantle.”

The White Ferns are set to be in action next month against Pakistan with a tour to the UAE to be announced shortly.