Home Top Story The Buttler did it, Royals still in contention

The Buttler did it, Royals still in contention 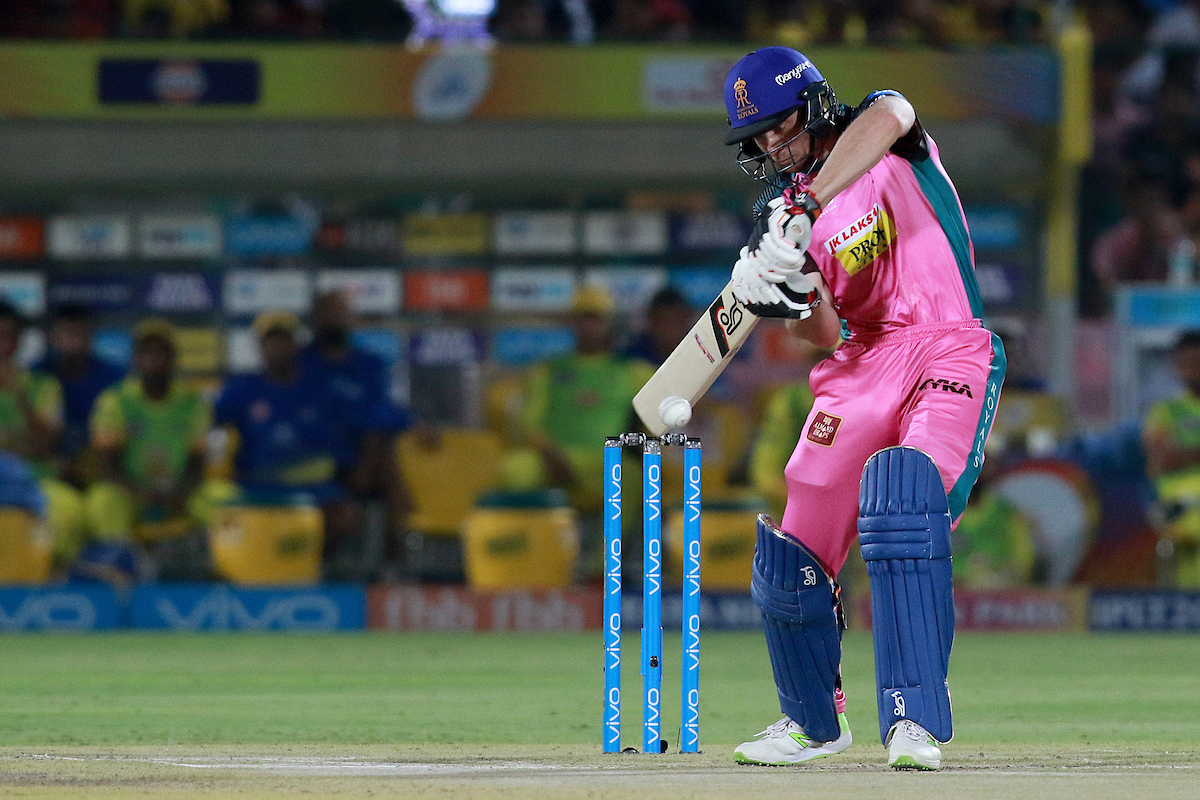 A stunning 95 not out from Jos Buttler powered the Rajasthan Royals to a tense four wicket win over the Chennai Super Kings in Jaipur on Friday evening.

Buttler carried his bat, notching his fourth successive IPL fifty since making the move to opener.

The Englishman’s form has powered a Royals revival and help keep them in the hunt for a playoff spot.

Earlier the Super Kings won the toss and elected to bat first with the old guard carrying the torch for the away side as Suresh Raina (52) and MS Dhoni (33*).

Shane Watson had struggled to 39 off 31 balls up front for CSK before following opening partner Ambati Rayudu in being dismissed by Jofra Archer (2/42).

Dhoni finished the innings off in style helping CSK post a score of 176 for 4 in their twenty overs.

The Royals struggled to find someone to partner the free-flowing Buttler with wickets falling at regular intervals, keeping CSK in the contest.

Eventually a brief but brutal Krishnappa Gowtham cameo tipped the scales in the Royals favour and lady luck smiled on Buttler as he skied a delivery from Dwayne Bravo in the final over that fell safe after the bowler tripped.

Buttler would smash a six off the fourth ball of the final over and score the winning runs with one ball to spare.