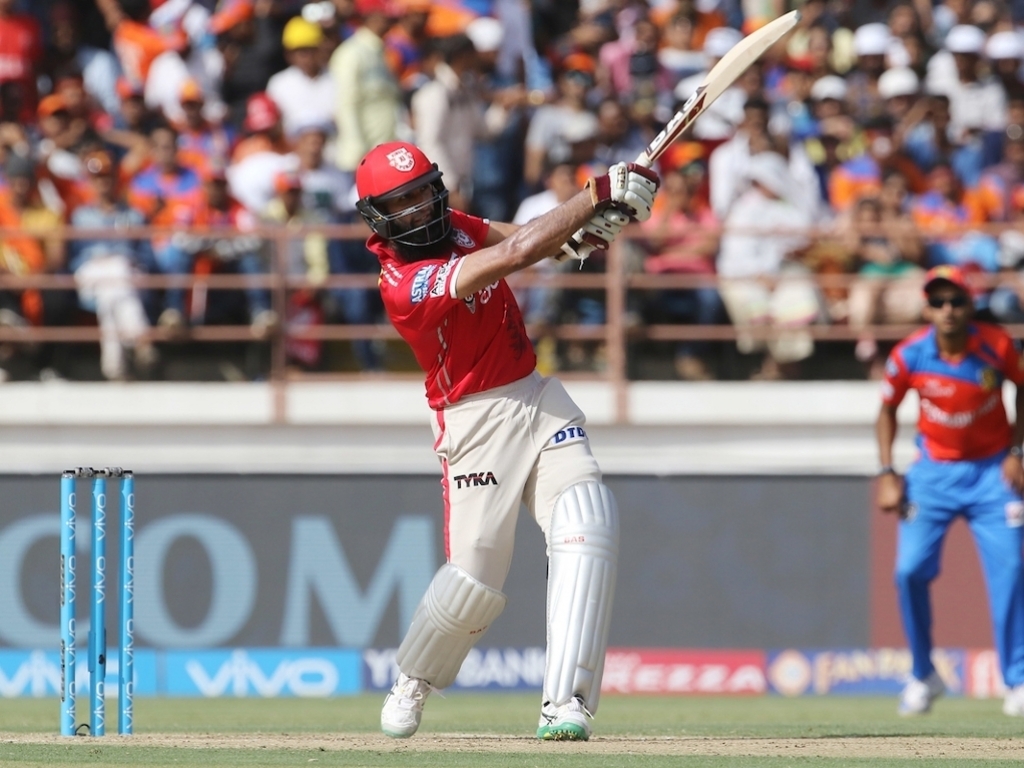 A solid 65 from Proteas batsman Hashim Amla set the Kings XI Punjab up to post a total of 188/7 which would be enough for a 26 run win over the Gujarat Lions.

Both sides came into this match looking to improve on recent results having each recorded just two wins in six games in IPL 2017.

Manan Vohra (2) went early, confused by Nathu Singh’s length he nicked off with Dinesh Karthik taking a sharp catch to become the first keeper to reach 100 dismissals in the IPL.

Amla then formed two critical partnerships with Aussies Shaun Marsh (30) and Glenn Maxwell moving the score to 128 by the time he was caught and bowled by Shubham Agarwal.

The fifty from Amla follows a brilliant hundred in the Kings XI’s last outing.

While Marsh was steady Maxwell was his usual destructive self smashing 31 off 18 balls before Ravindra Jadeja trapped him leg before.

Axar Patel (34 off 17 balls) and Wriddhiman Saha (10 off 5 balls) kept up the tempo at the death and the Kings XI posted a defendable target.

In response the Gujarat Lions lost the dangerous Brendon McCullum (6) early when he missed a straight full toss from Sandeep Sharma and Aaron Finch (13) struggled a little before departing with two balls remaining in the powerplay and GL 46/2.

Suresh Raina (32) couldn’t repeat his heroics from last time out falling victim to a Maxwell special in the deep off the bowling of Axar.

Dinesh Kartik (58*) would bat through the remainder of the innings but failed to find the kind of support he needed although Andrew Tye’s 22 off 12 balls ignited some hope before he was castled by Sandeep.

Basil Thampi (11*) struggled to keep up with the required rate and the Lions were left short and now face an uphill task of trying to qualify for the playoffs.

Skipper Raina pointed the finger of blame at the bowlers after the match: “You can’t chase 190 every time. Bowlers have to do something. We haven’t won any 4 pm games. It’s a learning curve for us. Spinners have to step up.

“Nathu got cramps, so I had to bowl Smith in the second last over. The bowlers are lacking confidence. They are not executing on match day, they do well in the nets, but not on match day.

“We thought we could still chase it down, but while we were batting, the wicket got slower and Sandeep and Mohit bowled good slower balls and made it hard for us to hit.

“At this stage, I can’t say anything. We have to go there. Couple of injury issues, but we have to win more games, we can’t just talk in training. We’ll go to Bangalore, regroup and hopefully we can win”