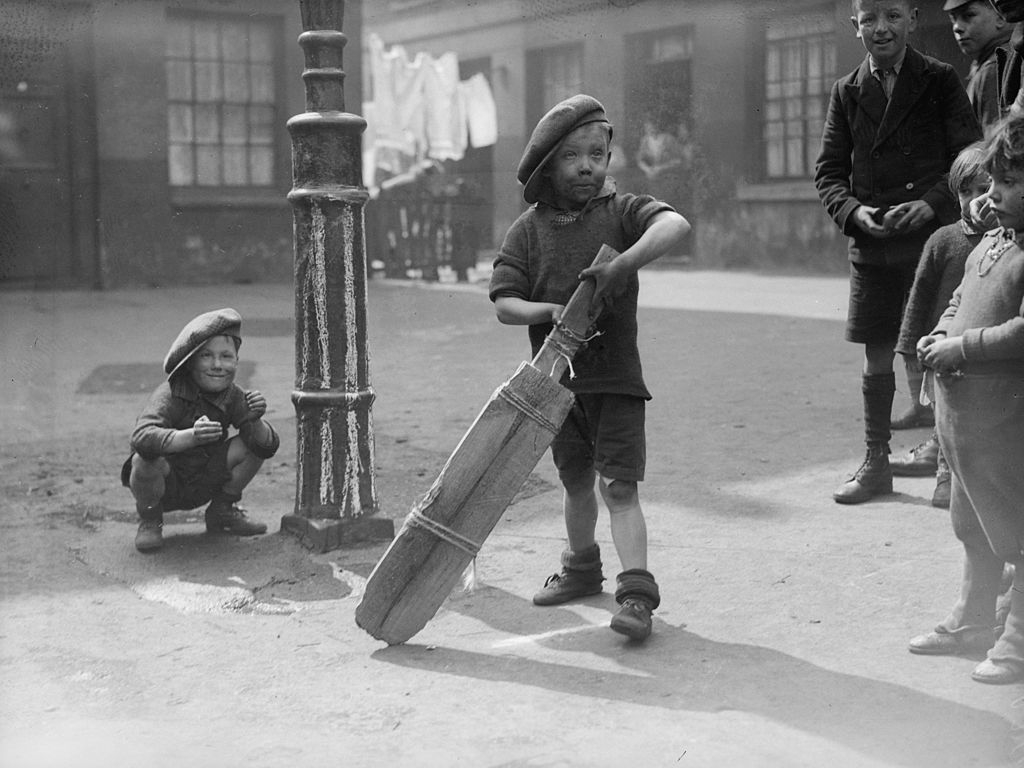 Welcome to the Press Tent where we bring a much needed snarky edge to the world of cricket journalism.

Cricket is very good at pretending real things don’t exist and that non-existent ones do.

Which is why the sport occupies huge chunks of its time fretting over, say, the spirit of cricket or bats that defy the laws of physics, and altogether less worrying about Zimbabwe, or Michael Vaughan’s Twitter account.

Somewhere near the top of the list of Things Cricket Worries About That Don’t Exist (TCWATDE) is the Balance Between Bat And Ball (BBBAB). It is frequently evoked, to the extent that someone watching cricket for the first time might believe that each team only does one of the two things in each game.
Cricket, it shouldn’t need explaining, is not a contest between bat and ball; it is a contest between two teams. They each get to bat and each get to bowl, so it matters not a jot whether conditions favour one or the other. 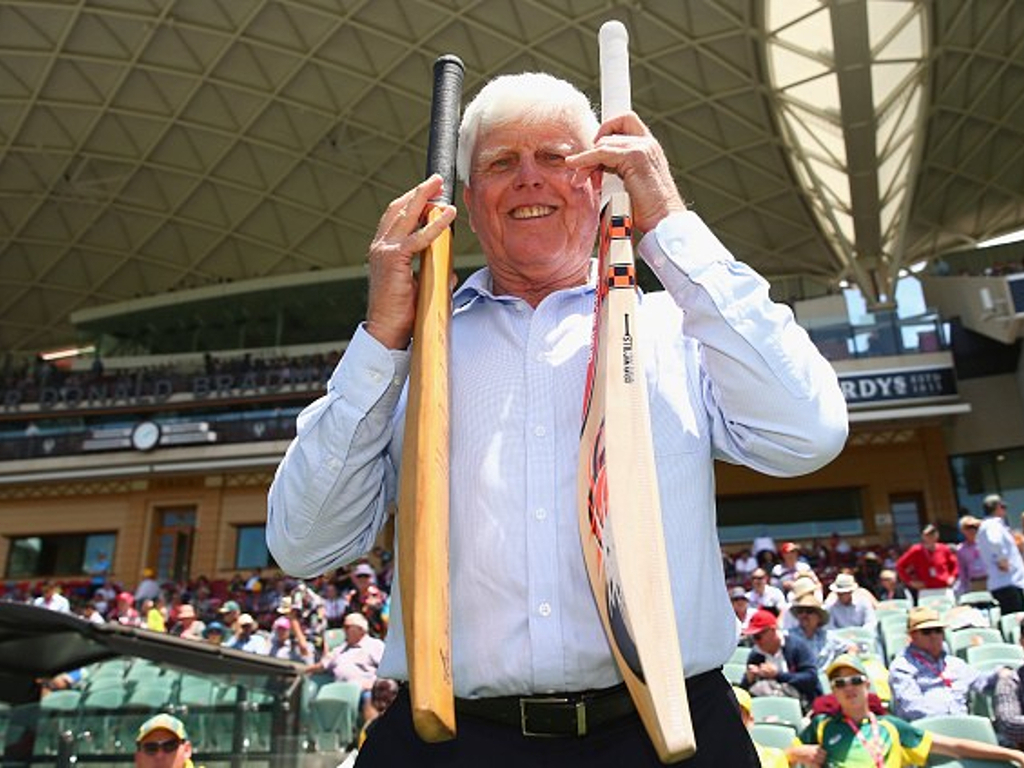 There has also never been a time when bat v ball was a “balanced” contest. Otherwise the average score would be 10.

Cricket, at its most basic level, favours the batsman and always has. Unless you’re Chris Martin, it is easier to score runs than to take wickets. The game is decided by which team is best able to minimise this imbalance when bowling, and maximise it when batting. The Press Tent can’t stress enough that none of this should really need explaining.

When people talk about it, they are really talking about what constitutes the Acceptable Range of Imbalance Between Bat and Ball. Which is admittedly lacking in pith. Funnily enough, an observer’s own AROIBBAB often appears to be closely linked to the prevailing AROIBBAB when they first played/watched the game.

Which brings us to Ian Chappell. Now we’ve got a lot of time for Chappelli. He was a damn fine player, and he hates Ian Botham. He was a pretty good commentator working alongside Benaud, Lawry and Grieg and a positively godlike one when placed alongside the banterous chucklefucks that pass for the Channel 9 commentary team these days.

But his Champions Trophy column about the balance between bat and ball (or, more accurately, AROIBBAB) was hot frothing nonsense.

“Bowlers are getting eaten alive,” announces a headline that, to its credit, at least accurately reflected the OTT guff that was to follow.

Now Chappell was a bit unlucky that he got overtaken by events here after filing mid-tournament. Having complained that the Champions Trophy was providing further evidence that one-day cricket had become just a boundary-whacking home-run derby on flat pitches, it’s obviously a little bit awkward that the tournament was eventually won by Pakistan, and specifically by Pakistan’s bowlers led by man of the tournament and genuine hero Hassan Ali.

But while Chappell could have done without Pakistan restricting the powerful South Africa, England and India line-ups to the positively archaic scores of 219/8, 211 and 158, it didn’t exactly take 20/20 hindsight to see that he was talking rot.

But best of all, he manages to completely change his line of attack by the end of the article. Having begun by chuntering that chasing 300 is too easy anyway because it happened twice in the first eight games of the event, less than 250 words later he is complaining that the bigger the first-innings scores get “the harder it becomes for the chasing side to stay in the contest”.

“There are too few exciting finishes in ODI games now,” he laments. Now he may have a point here, although whether there ever were all that many “exciting finishes” is something for someone with a couple of hours to kill on Statsguru to consider. The Press Tent’s suspicion is that any fault here lies with the format itself rather than batsmen giving it more of a whack nowadays.

What Would Sanga Do?

We at the Press Tent are, like all right-thinking people, huge fans of Kumar Sangakkara. Before any major decision we glance down at our WWSD bracelet for guidance. Admittedly it doesn’t seem to be working perfectly, because while he’s scoring five consecutive first-class centuries and then rolling up to do a bit of commentating looking like the next James Bond we’re sat in our pants farting and scratching and watching the racing. 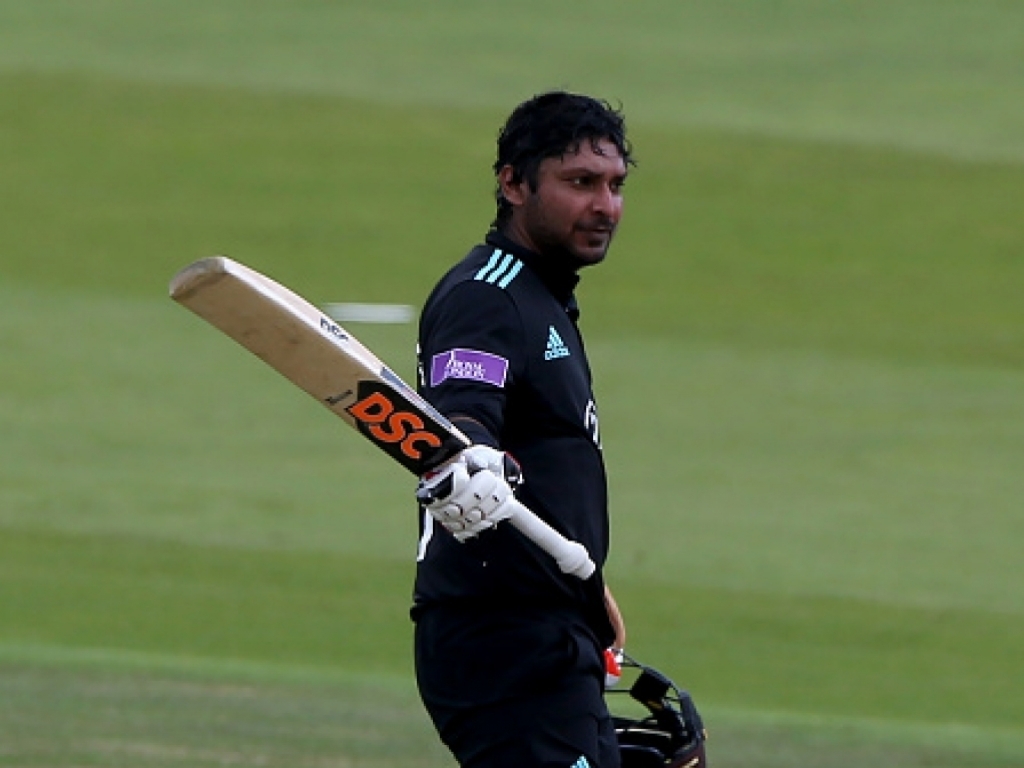 And it’s not just snarky internet columns that think so. Even other international cricketers want to be more like the great man.

Take Saeed Ajmal, for instance, who responded to Pakistan’s Champions Trophy victory over England with a celebratory tweet. “Great win by Pakistan,” he wrote. “To come back from the first game against india and now make a final by beating england shows great character.”

Good points, well made. But what’s this, fifteen minutes earlier, from Kumar Sangakkara? “Great win by @TheRealPCB. To come back from the first game against india and now make a final by beating england shows great character.”

Perfectly understandable from Saeed, of course, but a word of warning: Twitter might be the one place where it’s not always a great idea to copy Sangakkara.

We do love David Lloyd and apparently he loves us too, we offer our sincere thanks to him for giving us this plug during the Royal London One Day Cup semi-final between Surrey and Worcestershire.

The Champions Trophy proved once again that the Pakistan cricket team is capable, for good and bad, of literally anything. But even so, it was still a surprise to see that their talents extend to making it snow on the hottest day of the year and getting everyone in the UK to suddenly drive on the right.

Rhetorical Question of the Week

“Do you ask a male cricketer who their favourite female cricketer is?” India’s magnificent captain Mithali Raj responds magnificently when asked the most witless question imaginable on the eve of the World Cup.

First World Problem of the Week

“HELP,” wailed Kevin Pietersen on Twitter this week, “is there anything we can do to stop the dead grass patches from our dogs urine?”

He added that “intelligent suggestions” were welcome, and of course received a hundred replies saying “don’t let your dogs piss on the grass”, as well as one claiming that human urine “fixes it right up” which sounds a bit like the myth about white wine fixing red wine stains to us. Still, got to be worth a try, Kev.

Reads of the Week

The Pakistan cricket team may just be the most interesting and wonderful in all of sport. And pretty much anything they do can be relied on to inspire some wonderful writing. Their Champions Trophy success was no different. Kick your shoes off, pour yourself a drink, sink into a comfy chair, go here, then here, and enjoy.