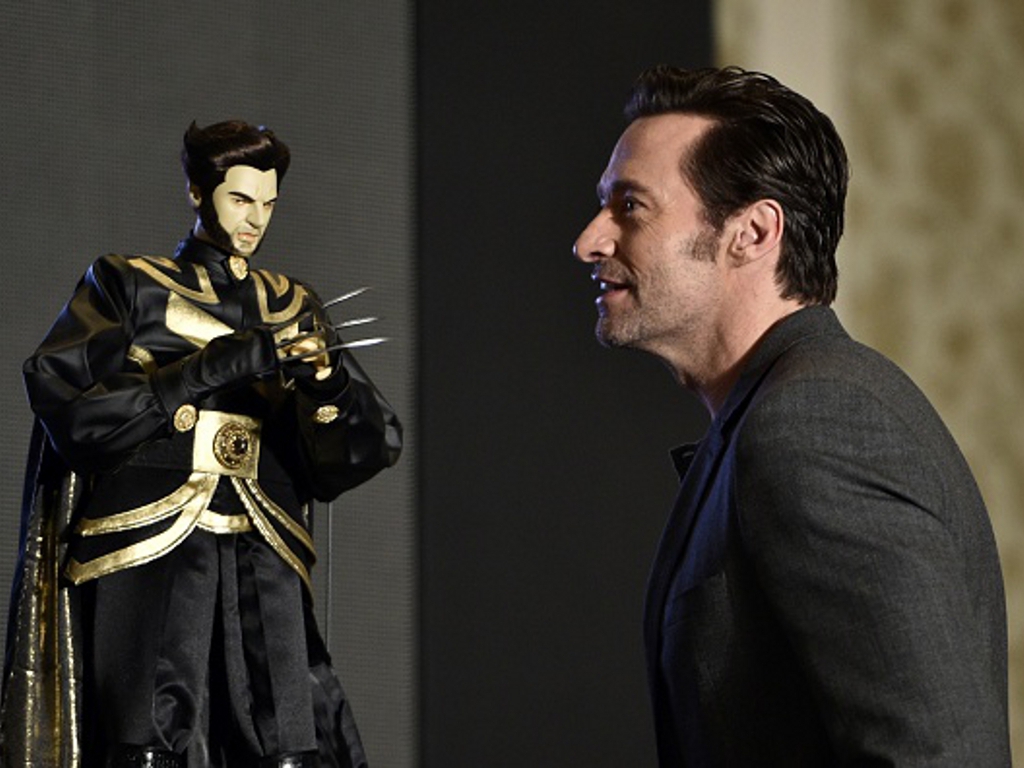 In a week in which Australia actually won a Test match in Asia, on a pitch that was an absolute Bunsen no less, we bring you the latest addition of the Press Tent. For those that made it through last week’s addition you will be delighted to know that this one contains no mention of toilet accidents.

Australia won the first Test against India, on a pitch that turned from ball one. Steve O’Keefe took 12-70 and it was all over inside three days. Despite this win the Australians are still unhappy about the surface they were given in Pune.

Over on news.com.au Alex Blair was telling to inside story of the pitch and its preparations. Apparently an “insider” told the Indian media that the BCCI had ordered a “rank turner”. This piece took on the form of a pretty standard run down of the story until Blair slipped in this absolute doozy of a line half way through.

“The pitch was obviously a minefield. India has been known to doctor the pitch to suit their strategies, but this time it backfired spectacularly.” 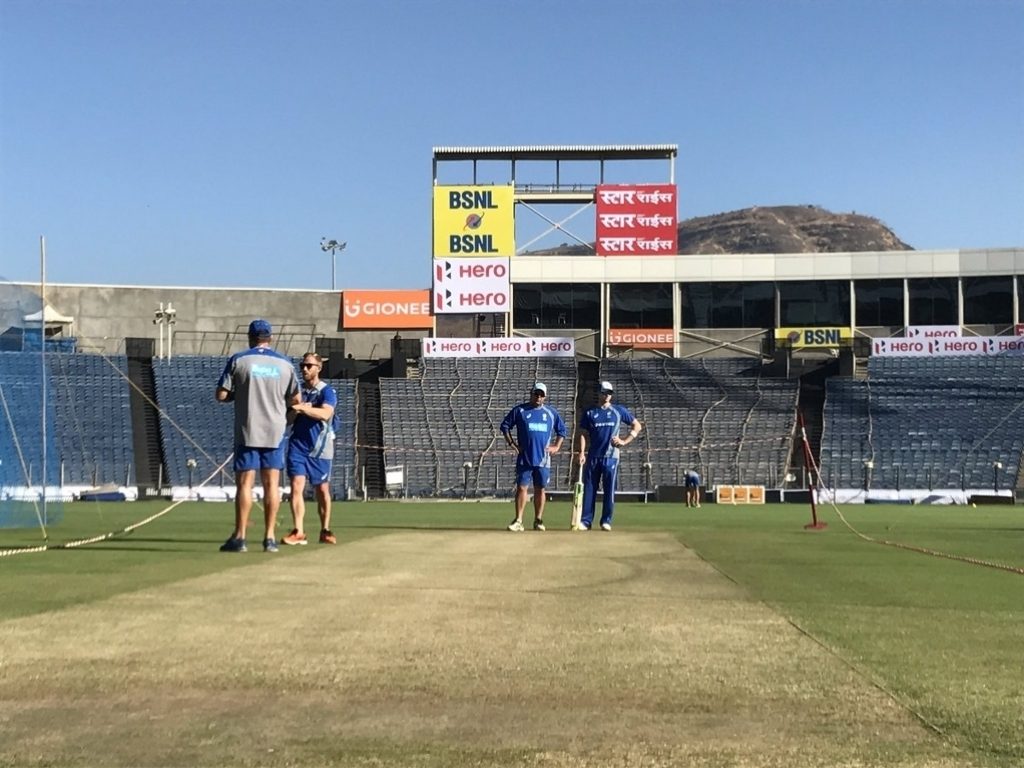 Now, here in the Press Tent we are big fans of turning pitches, so maybe we are biased. But every team has pitches that suit their strategies. In Australia their bouncy and fast paced pitches help them. In England the ball seaming aids their players. The idea that a pitch is bad because it turns seems odd. We would rather an all-action Test like this one rather than a 600 plays 600 borefest.

The thing we have enjoyed most about all this pitch talk is that many Indians aren’t happy with it either. The Sydney Morning Herald reported on some comments that Sourav Ganguly made on Indian television where he called for flatter pitches and claimed that India would be “scared” to see another spitting cobra pitch.

“The difference between the earlier teams and this Australian team touring here was the accuracy by Steve O’Keefe and Nathan Lyon. If Australia’s spinners keep bowling so accurately, India will be scared of preparing turning pitches’” Ganguly said.

When a groundsman has upset both teams he is probably doing a fairly decent job.

No one fancied Steve O’Keefe to do particularly well in India. Yeah, he may have been expected to take some wickets, but the second best figures ever by a visiting bowler came as something of a shock. Certainly Shane Warne was surprised. He spent almost every commentary stint saying that O’Keefe shouldn’t have played. This stopped after O’Keefe took three wickets in an over.

But after the match there were still some that were not keen to give the slow left armer any credit. Harbhajan Singh, everyone’s favourite little obnoxious weed, wasn’t impressed. 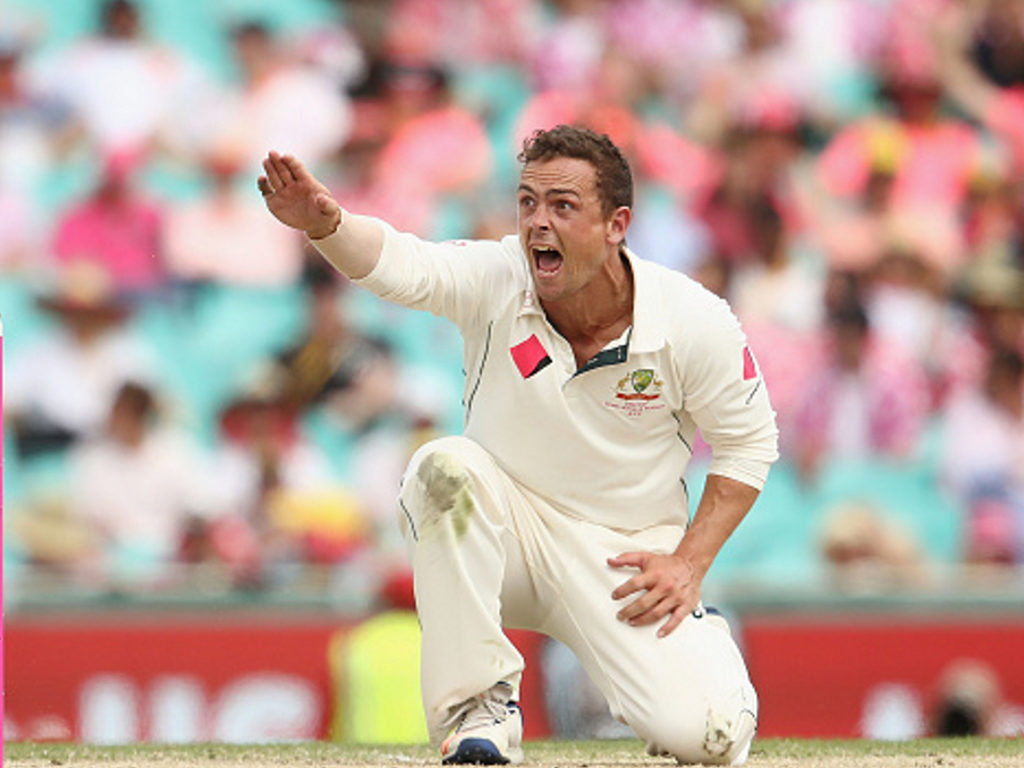 “I will have to see him bowl on a good Test match wicket. Not this one. Till then, I will reserve my comments,” Bhaji said. Apparently 12-70 on a pitch where the India spinners struggled to find wickets isn’t quite up to the Turbanator’s exacting standards.

For Ravi Shastri the fault was as much with his former charges as O’Keefe’s guile. The former Indian coach was quick to lay the blame on poor foot-movement by the batsmen. “They invariably ended up playing wrong lines. They didn’t use their feet much either,” he said.

Steve O’Keefe, written off before the match started, takes 12 wickets and then still gets told it isn’t good enough. He gets less support than a ginger step-son.

There are movie tickets that need selling

Australian actor Hugh Jackman is staring in a new X-Men movie that is out this week. Jackman is a cricket fan, and has appeared on the Channel Nine banter-ridden coverage before. But Wolverine knows his market, and was more than happy to do down the chances of his countrymen if it meant he could effectively sell a few more tickets for his movie.

“Namastey to all my fans in India. You guys know that cricket is my favourite sport. What a great journey you and your cricket team have been on since the last few years. You’re superheroes,” Jackman said in a video.

“You have been overpowering all the teams in the world, but my Aussie mates have just got the best of you in the first Test — only the first. I know the Indian team is going to play bolder than ever because that’s what superheroes do and that’s what ‘Logan’ does.”

This was such a subtle piece of marketing that we doubt anyone noticed what he was doing. It took us three watches of the video for us to spot what he was up to.

Mark Vermeulen and Brendan Taylor, both former Zimbabwean Test players, have been going at it on Facebook. Taylor had made supportive comments about the national team after they were shot out for 54 in the 5th ODI against Afghanistan this week.

“Two retired international cricketers have engaged in a spiteful social media war of words after Zimbabwe was bowled out for just 54 in a one-day international against Afghanistan,” the Sydney Morning Herald told us.

Vermeulen was unhappy about Taylor standing up for his former teammates. He replied to Taylor saying if he was involved in that kind of performance who would be “totally embarrassed” and he would “just shut the fuck up and get in the nets.”

Some background is needed here. Vermeulen has an interesting history. While playing club cricket in England in 2006 he threw a ball at a spectator and then got in to a fight with the club chairman, who was a mate of his, when he tried to calm him down. That earned him a 10-year ban from English cricket, which was later reduced to three years.

A month later he set fire to the Zimbabwean Cricket Academy, putting a lighter to the building’s thatched roof. Vermeulen blamed a fractured skull he suffered when batting for his erratic behaviour, and he was never convicted of arson after three psychiatric reports diagnosed him with impulse issues.

Taylor was having none this. “Here we Go! Coming from someone who is chemically imbalanced. Take a good look in the mirror on what you have done for yourself and your country, apart from burning down one of the few establishments we had. You my friend are what a true embarrassment looks like.”

This exchanged was shared on Twitter by @cricketagency who said that Taylor was “bang on”.

Taylor shared this tweet with his followers, saying: “Unfortunately @ZimCricketv did produce the most psycho player ever to grace the game. Definitely got a kill in him does Mark.”

This was all nuts even by the totally bonkers standards of Zimbabwean cricket. 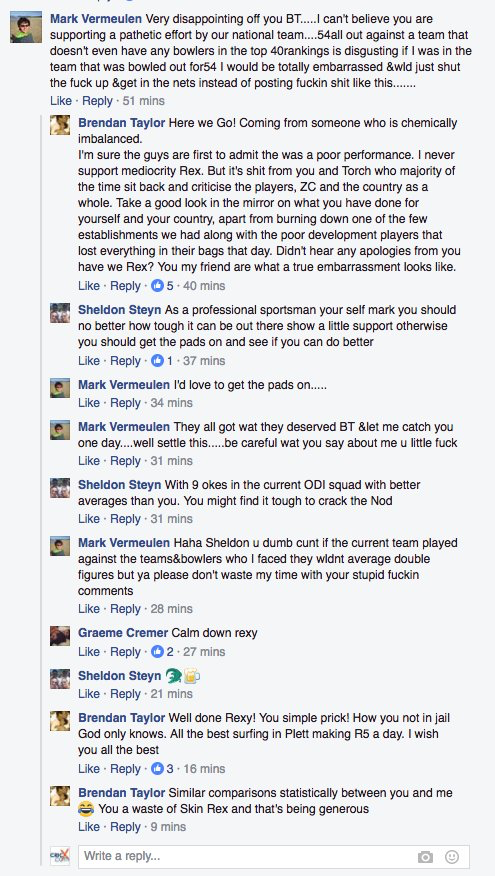