The real Jonny Bairstow stands up 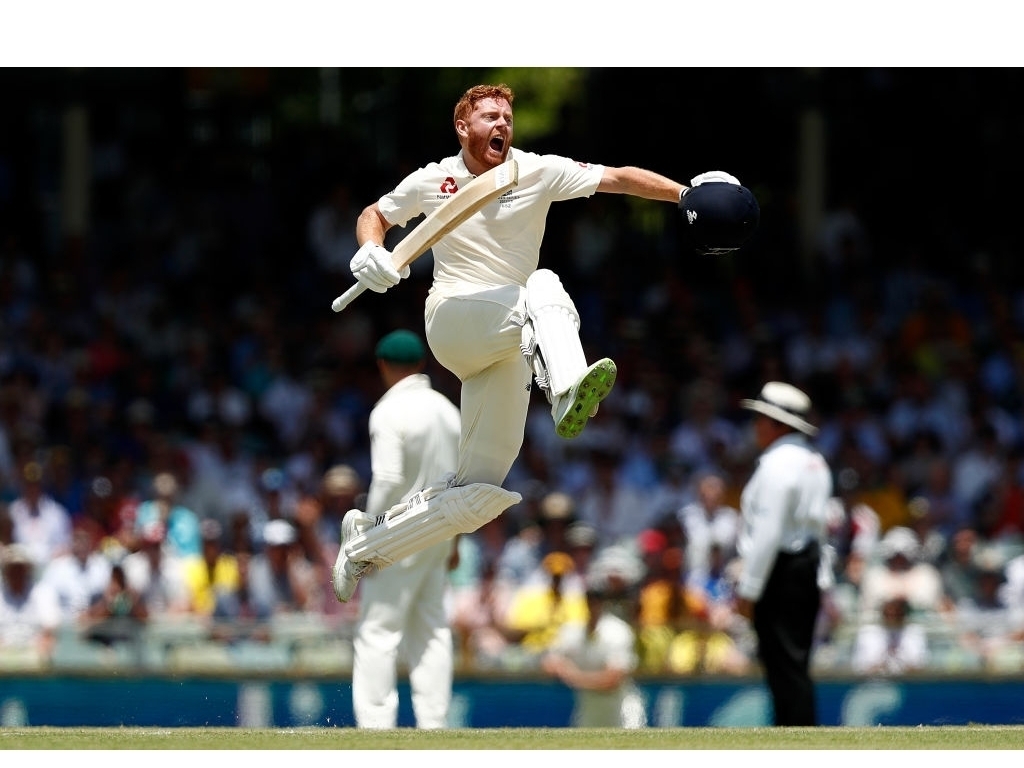 It was a day to remember for Jonny Bairstow in Perth on Friday as he notched his first ever Ashes century.

Bairstow described the knock as the favourite century of his career so far, made that much sweeter by the background to his innings.

The wicket-keeper batsman admitted to feeling “stitched up” after Australia’s Cameron Bancroft revealed the details of their meeting in a Perth bar.

The incident left Bairstow red-faced more than anything else but in Perth he provided the response of a man who has faced sterner tests than a barrage of schoolboy sledges.

His celebration was one of relief and included a nod to the Bancroft incident as he jokingly headbutted his helmet.

England would collapse after Dawid Malan’s departure on day two ending 403 all out but Bairstow’s innings could yet prove to be an Ashes classic.

Bairstow said after play: “In many ways, it was my favourite hundred because to score an  Ashes hundred is something you dream about as a kid.

“It’s eluded me until now and it was a whole heap of emotions that came running through and it (the butt celebration) was a bit of light-hearted fun with everything that’s gone on. That’s exactly the way it should be taken.”

Bairstow said that the emotion he felt when he reached his hundred stemmed from so much more than the events of the last few weeks and he appreciated what it meant to score an Ashes ton.

He would add: “It’s difficult, it all happens in that moment. It goes back a long time. As I alluded to, you want to make an Ashes hundred, you want to look back in the archives when you’re retired and say to your kids, grandkids, ‘I made an Ashes hundred away from home at the WACA’. It meant a huge amount.”

He confirmed that his salute to the heavens was an acknowledgement of his father David who kept wicket for England and Yorkshire. His father tragically took his own life when Jonny was just eight.

An emotional Bairstow said: “Naturally you want people to be around and that’s just something that naturally happens.”

Bairstow insisted that Australia’s sledging has served to motivate the England team.

He said: “Chat’s chat. I think it’s something that comes and goes. To be honest with you, you can say it gets into people’s heads but unless you’re inside someone’s head you don’t know whether it affects them or not.

“In many ways it spurs people on, gees them up a bit and makes them even more determined to succeed. It’s the way in which you use that. Hopefully it’s a positive reaction I’ve given in this innings and hopefully moving forward to.”

Australia trail by 200 runs but do have seven wickets in hand with skipper Steve Smith’s unbeaten 92 guiding the hosts to 203 for 3 at stumps on day two.