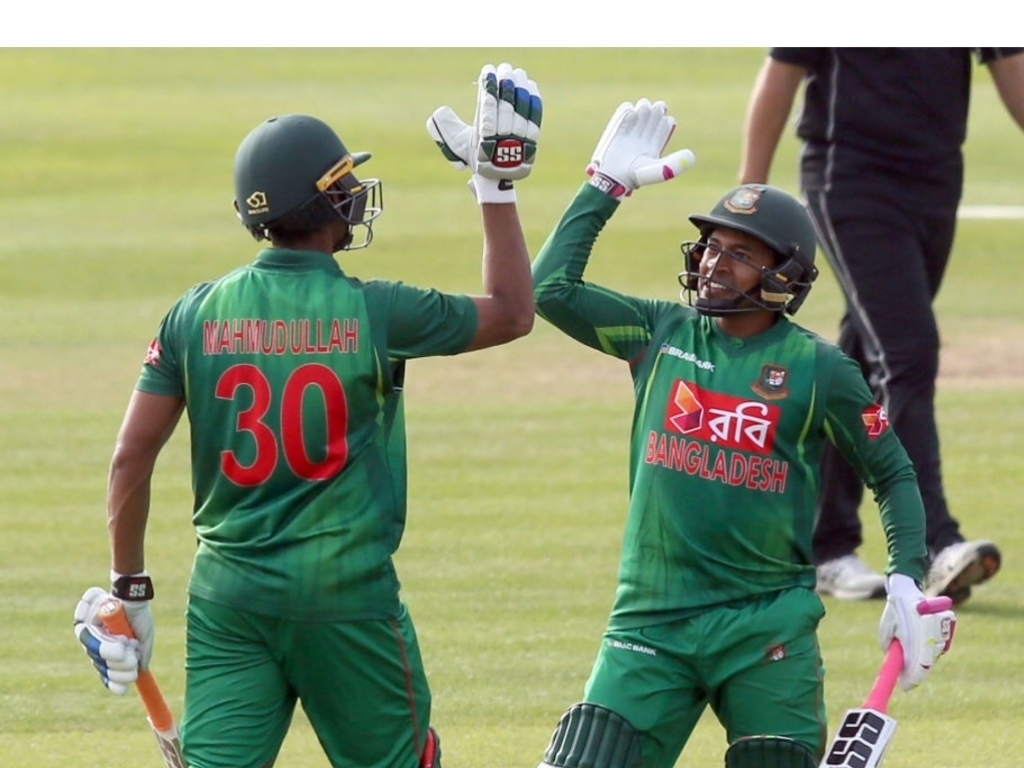 Bangladesh will be pleased with their Champions Trophy preparation after completing a five wicket win over New Zealand in the final Tri-series game at Clontarf.

Tom Latham led from the front for New Zealand with a well-played 84 from 92 balls that helped them post a total of 270/8 in their fifty overs.

The Black Caps will be disappointed with how they closed out the innings though with the consistent fall of wickets hampering their progress.

Shakib-al-Hasan was the pick of the bowlers with figures of 2 for 41 but Nasir Hossain (2 for 47) and Masrafe Mortaza (2 for 52) also chipped in.

The Bangladesh chase got off to a rocky start when Soumya Sarkar was caught by Corey Anderson for a first baller off the bowling of Jeetan Patel (2 for 55) after Tamim Iqbal smashed the spinner at the very outset of the chase.

Tamim and Sabir Rahman rebuilt the innings with matching 65’s to top score for the Tigers but their departure threatened to scupper the chase.

The fall of Mosaddek Hossain (10) and Shakib (19) left the Tigers wobbling at 199 for 5 with the tail nearly exposed.

Test skipper and wicketkeeper Mushfiqur Rahim (45*) and Mahmudullah (46*) played brilliant cameos though to see their team home and lift some of the pressure on themselves in the ODI format.

New Zealand take home the trophy by virtue of earlier results but Bangladesh will take fresh confidence from beating one of their Champions Trophy group stage opponents albeit a weakened team.