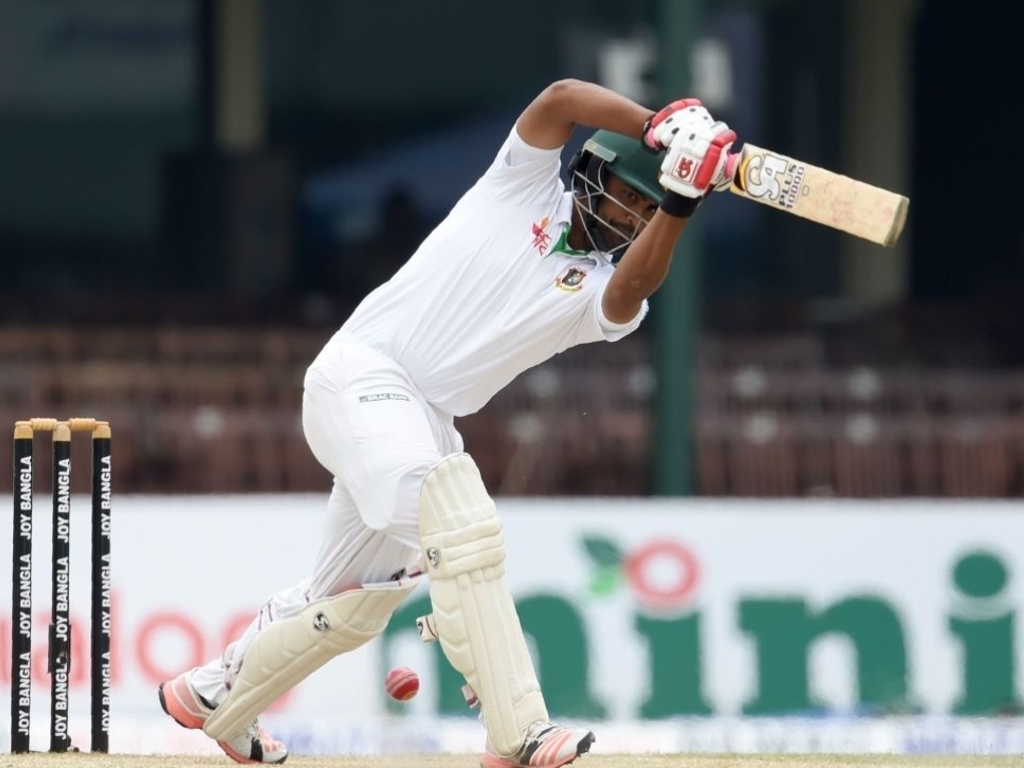 Bangladesh achieved their first ever Test victory over Sri Lanka when they chased down a target of 191 runs to win the second Test in Colombo by four wickets.

Dilruwan Perera (50) and Suranga Lakmal (42) had earlier given the hosts a sniff at victory with a brave rearguard action.

The pitch at the P Sara Oval however proved to be easier to bat on late in the game than your typical Sri Lankan wicket.

Herath removed Soumya Sarkar (10) and Imrul Kayes (0) in the eighth over of the chase leaving the Tigers 22/2.

That brough Sabbir Rahman to the crease to join the experienced Tamim Iqbal and the pair would put on 109 runs to tip the scales in the Tiger’s favour decisively.

Dilruwan would snatch the wickets of both set batsmen first having Tamim (82) caught in the deep as he attempted to clear mid-on before Sabbir was trapped leg before for 41.

Shakib-al-Hasan (15) and Mushfiqur Rahim would take Bangladesh to the brink of victory before the former was bowled by Dilruwan.

Mossadek Hossain came in showing aggressive intent and would be dropped by Herath before the portly left-arm spinner had him nicking off for 13 but at that point the game was all but over.

Mushfiqur (22 not out) would see his team home assisted by Mehedi Hasan (2 not out) and the Tigers would claim a morale boosting win over Sri Lanka.

The win means the series is shared at 1-1.

Tamim was named man of the match while Shakib was awarded the man of the series for his allround efforts.

Shakib said after the match: “This was a very important win. It wasn’t easy. We had to come back strongly after the first Test. I just play my shots. As I said, the way Chandimal batted in the first innings it told me if I apply myself I could score runs.”

Speaking at the port match presentation Tamim said: “I think this win started when we lost the match in Galle. We had a long chat with the coach, and the players stepped up. The way the bowlers bowled in the first innings was quite exceptional.

“That changed the whole thing. When you are chasing this kind of total, you have to be a little aggressive. Me and Sabbir were talking in the middle to look for runs. All came good except the last shot. The coach has backed us a lot. We are very lucky to have him.”