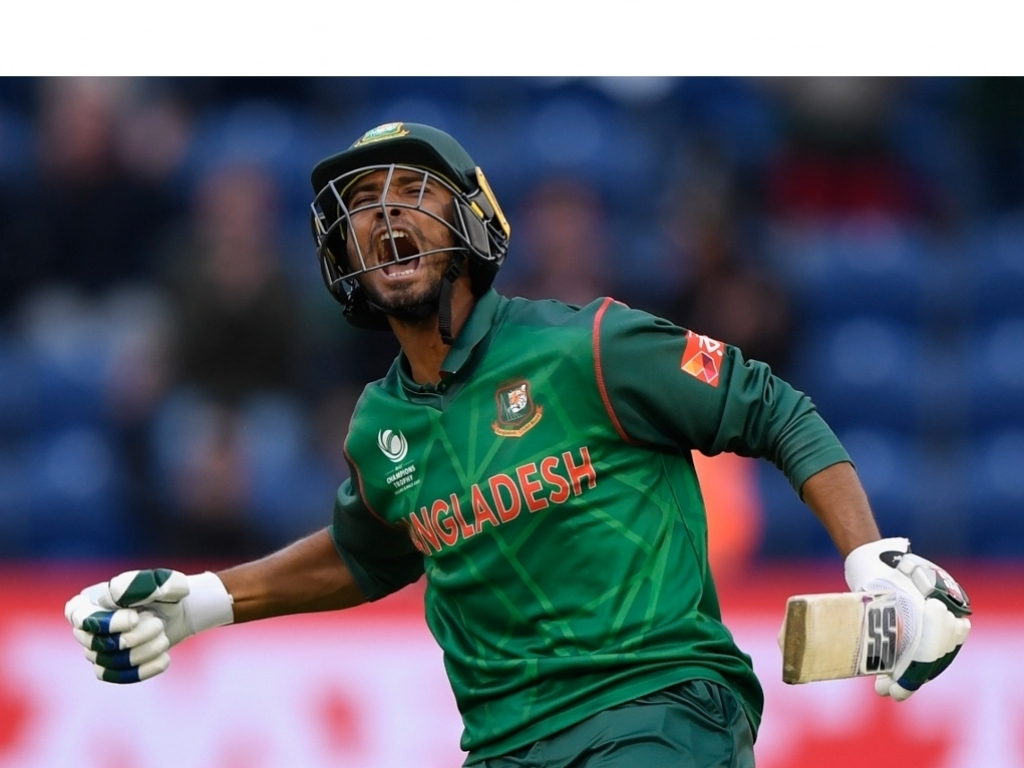 Bangladesh have dumped New Zealand out of the ICC Champions Trophy in most spectacular fashion as they came back from 33 for four to chase 266 runs, with five wickets in hand.

A Herculean partnership of 234, easily Bangladesh’s biggest for any wicket in ODI’s, between Shakib Al Hasan (114) and Mahmadullah (102 not out) gave the tournament underdogs a chance at a semi-final berth.

Bangladesh will be praying that England beat Australia at Edgbaston tomorrow (or indeed for Australia to be part of a third consecutive rained-out affair) and then they will play the winner of Sunday’s South Africa vs India game, in a knockout match for a spot in the final.

It was a most extraordinary effort from the seasoned middle order duo that have all the experience of 320 ODI’s between them. It started with defence and then moved onto attack and, naturally, the pair enjoyed their fair slice of luck along the way.

For New Zealand, the rollercoaster innings would have resulted in inverse emotions. After their quicks raced through the Bangladesh top order they would have begun to feel safe about their semi-final place.

As the mammoth partnership developed they would have felt the life being sucked right out of their will to be on that cricket field in front of 6000 Bangladesh fans in Cardiff, Wales.

Earlier, Kane Williamson won the toss and elected to field in a damp SWALEC stadium in Cardiff, where the start was delayed by about an hour due to a wet outfield. When things did get underway Martin Guptill (33) and Luke Ronchi (18) got off to a tidy start as they notched up 47 runs in the first seven overs before Ronchi was caught off the bowling of Taskin Ahmed.

Rubel Hossain then trapped Guptill LBW but a tidy innings-building effort between Ross Taylor (63) and Williamson (57) took the Black Caps to 152 for two after 30 overs, before Williamson was run out. Williamson has been the most consistent batsman of the tournament so far with three solid half centuries and it is no secret that he carries much of his side’s hopes on his shoulders.

After Taylor and Williamson the New Zealand batting order is brittle and today’s match was no exception. Neil Broom (36) and Jimmy Neesham (23) kept things together for a while but Bangladesh gave little away with the ball and forced the opposition into making mistakes. A 300-plus score had looked safe as houses but New Zealand would go on to lose their way as part-time tweaker Mosaddek Hossain (3-13) cleaned up the middle order.

265 for eight still represented a stiff ask for the Tigers, who struggled against the New Zealand pace attack on a wicket that offered plenty of assistance, mainly by way of quick and steep bounce and carry, and Tim Southee (3-45) and Adam Milne (1-58) ripped through the top four. It was a magnificent display of new-ball bowling to which the Bangladeshis simply had no answer.

Enter Shakib and Mahmudullah. With their backs well and truly against the ropes, they warded off the next 90 balls scoring only 50 runs, at a little above 3 to the over. It was at about that point, however, that they began to look a little more comfortable. Of course, a win from that point was virtually inconceivable but these two men looked as if they sure wouldn’t be going down without a fight.

The next 50 runs came from only 46 balls and it must be said that New Zealand perhaps relaxed a little in the field, in the knowledge that a wicket would break this stand between their last two recognised batsmen sometime.

But the long Bangladesh tail was not to be exposed. The pair soldiered on and turned the pressure back onto the opposition. Now New Zealand were rattled – indeed a side that is normally so disciplined would go on to concede 18 wides during the innings.

For the Bangladeshis in the crowd, and indeed across the globe, the win was far more important than a win against a higher-ranked side in an ICC tournament. The result signified their coming of age as a mature top-eight team. Two expert hundreds and victory with 16 balls to spare was an incredible feat in the circumstances.

This team kept the once-mighty West Indies out of the tournament and now they have a very real chance at a spot in the semi-finals. They deserve it.