‘To bowl in tough conditions gives you a lot of confidence’ 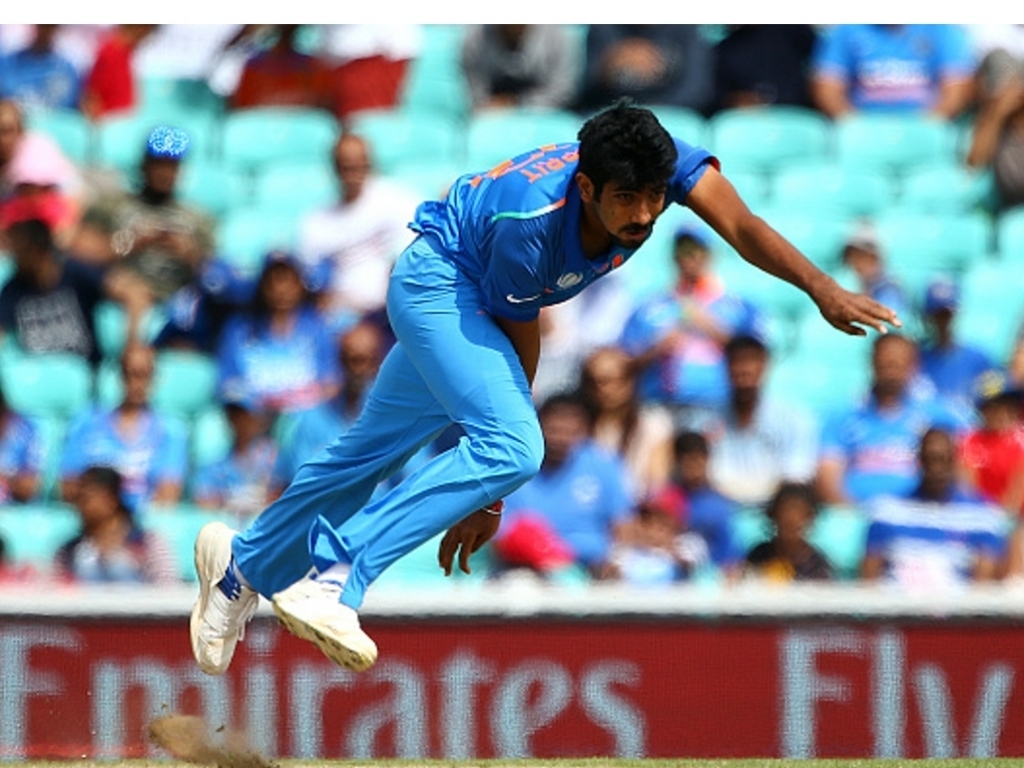 India bowler Jasprit Bumrah was thrilled to play a part for his team during their resounding Champions Trophy win over the Proteas that sent the number one ODI side crashing out.

The unorthodox seamer picked up 2 for 28 from his eight overs with his effort earning him the player of the match award in what was effectively a quarter-final.

Bumrah’s efforts up front with opening partner Bhuvneshwar Kumar helped to set the tone in a game India dominated from start to finish.

Speaking after the game Bumrah said: “It’s my first visit to England, and the wickets have been different to what I expected.

“But it’s been a good challenge for me, a good challenge to contain batsmen. To bowl in tough conditions gives you a lot of confidence. It’s been a different experience for me. Usually in England the ball swings, but over here the wickets are very hard and good to bat on. So we’re very happy that it was a good bowling effort for us.”

Bumrah has risen in esteem much since his debut in January 2016 and is now tasked with bowling during both the powerplay and the death overs something which gives him a confidence boost.

He added: “It’s always good if the captain has so much faith in you and shows so much confidence in you. That always feels good.”

India looked to contain the Proteas rather than bowl them out but executed their skills well enough that they knocked South Africa over for 191.

Bumrah added: “The basic plan was that since the ball was not swinging too much, we were just trying to bowl good, hard lengths.

“We were trying to contain the batsmen, that was our basic plan.

“It made an impact because everybody chipped in and everyone was containing batsmen. They wanted to hit, but couldn’t.”

India will now look to regroup and think about their semi-final against Bangladesh at Edgbaston.

“It’s never easy in international cricket. You cannot be complacent or take any team lightly. On any given day, any team can beat you. It’s the same for us. We prepare well, try to execute whatever our plan is.”