Trans-Tasman T20I team of the tournament 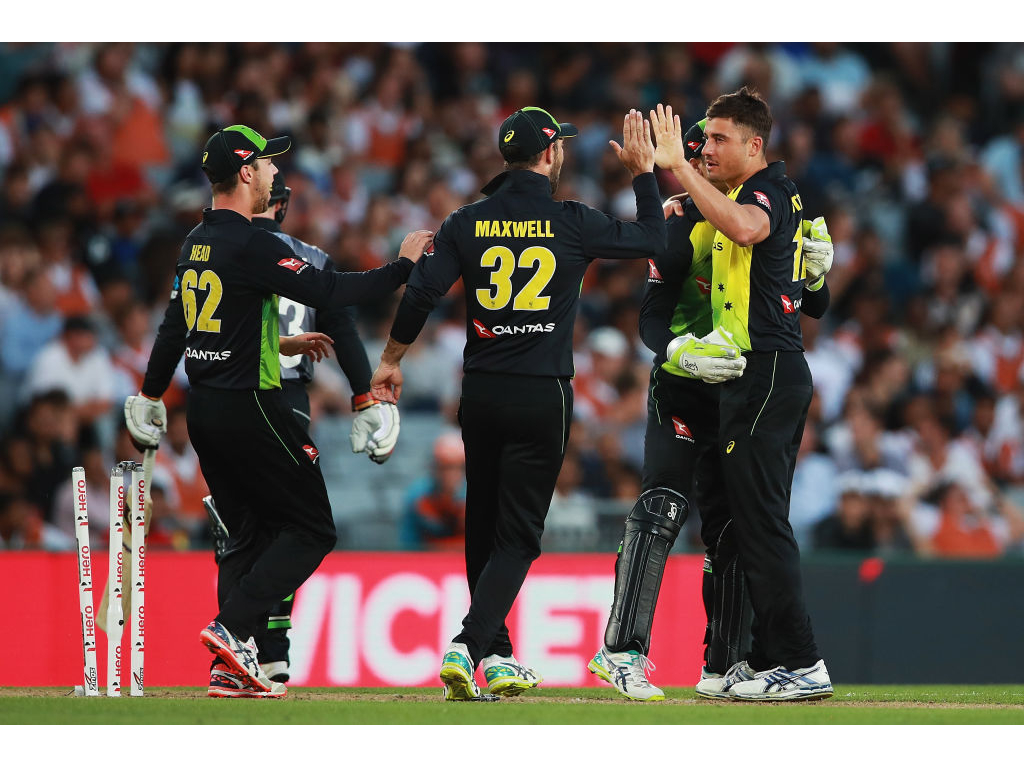 Australia beat New Zealand in the Trans-Tasman T20I Series final yesterday morning to take the trophy, after winning all five games in the competition.

But who makes the grade for Cricket365’s Team of the Tournament?

D’Arcy Short may have opened the batting for Australia, but has played in the middle order in 50-over games for his state as well as in the BBL, so he goes in at No.3 after the two Kiwi openers.

Lower down, just two Englishman get in, before an all Australian bowling line-up, with the usual three pace men and one spin option. 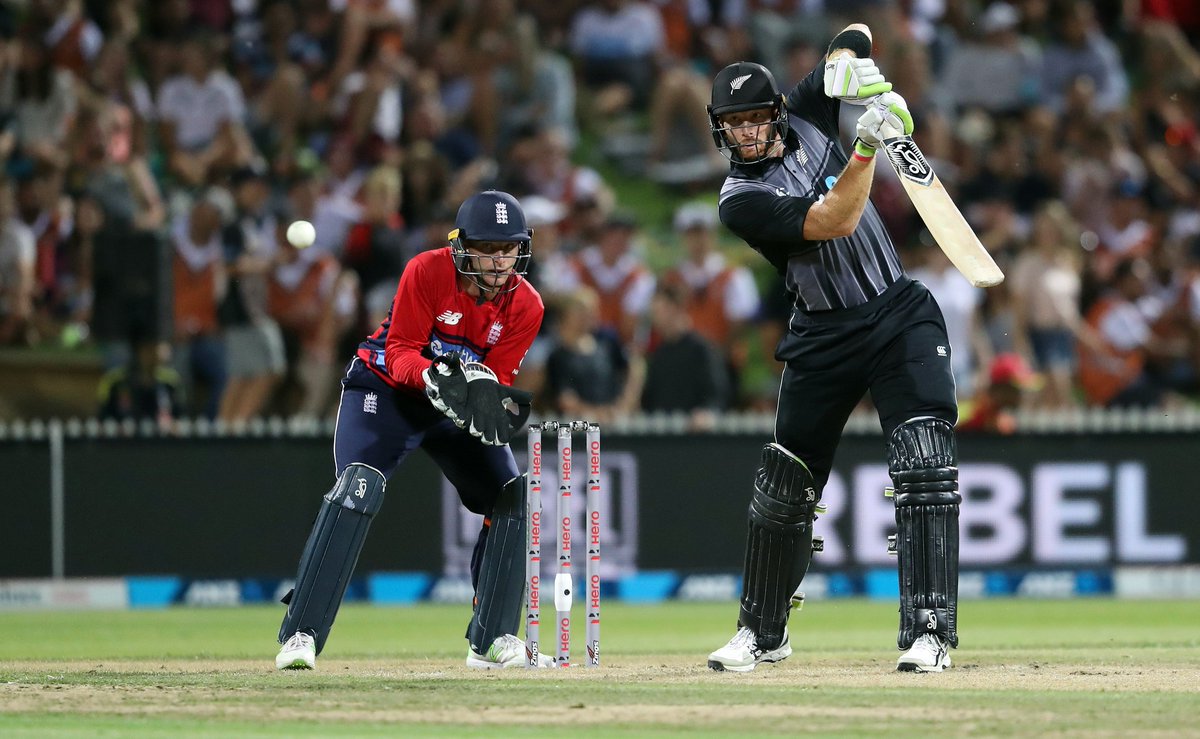 The highest run scorer in the competition was New Zealand opener, Martin Guptill. He started the tri-series slowly, with just 5 in the opening game against Australia, but then went on to pass fifty in his next three knocks. Guptill hit 65 (40) in Game 2, before scoring a century from just 51 balls in New Zealand’s third group game.  62 (47) runs came from the bat of the opener in the final group game, before he hit 21 (15) in the final. Guptill finished with 258 runs across the five games, averaging 51.6 in the competition. 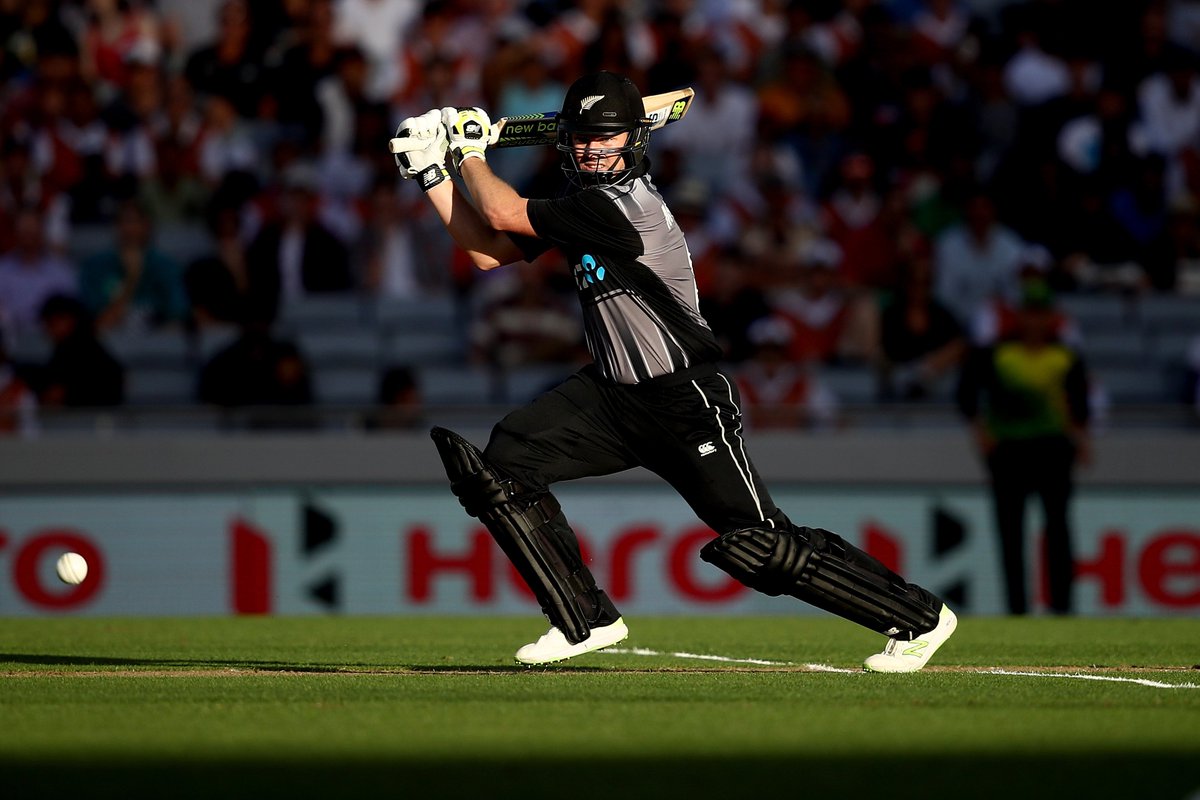 Guptill’s opening partner, Colin Munro, also had a good time with the bat in the competition. Like his partner, he started slowly, with 3 (3) and then 11 (13) in his first two games. However, he battled back with two half-centuries, as the Kiwi’s qualified for the final. He hit a rapid 76 (33), before following that with a knock of 57 (21) against England in the final group game. His third consecutive innings with a 200+ SR came in the final, and Munro scored 29 from just 14 deliveries, finishing the series with 176 runs at an average of 35.2. 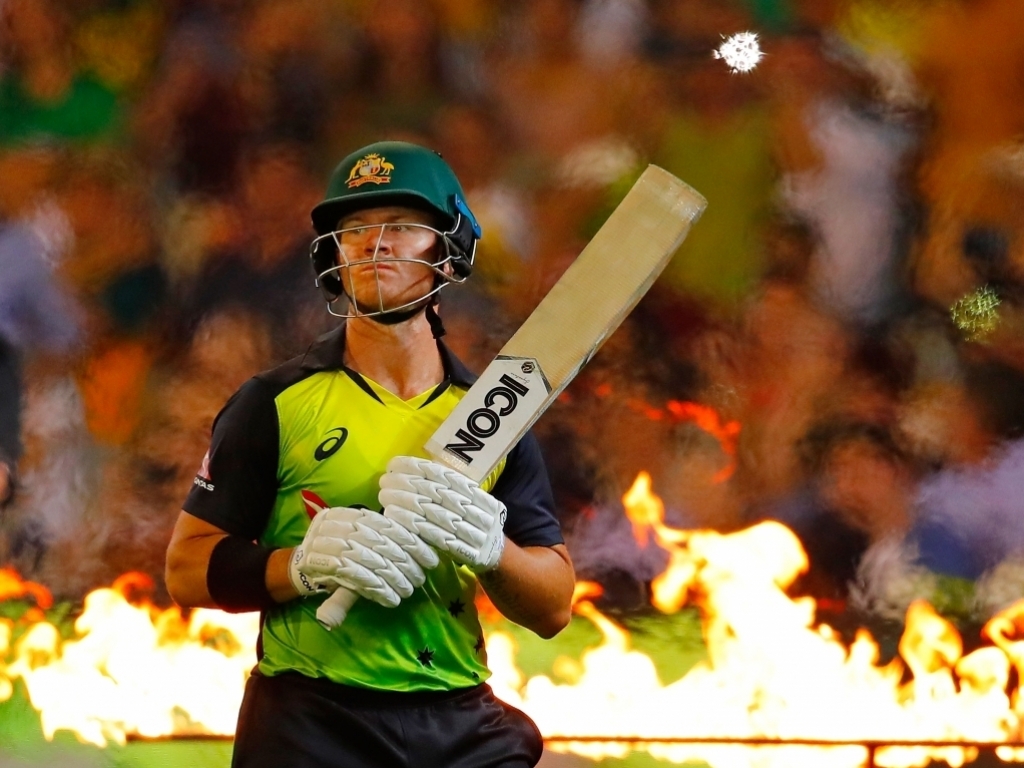 D’Arcy Short outshone David Warner as the star at the front end of Australia’s innings. Like the two Kiwi openers, he started slowly, with just 4 (4) in the first game of the series. From there, though, his lowest score was 30. That came in Game 2, before an unbeaten 36* (33) was followed by his biggest knock of the tournament. Short scored 76 (44) against New Zealand in their final group game, before also hitting a half-century from thirty balls in the final, as Australia went on to win. Short finished the series with 196 runs at an average of 49. 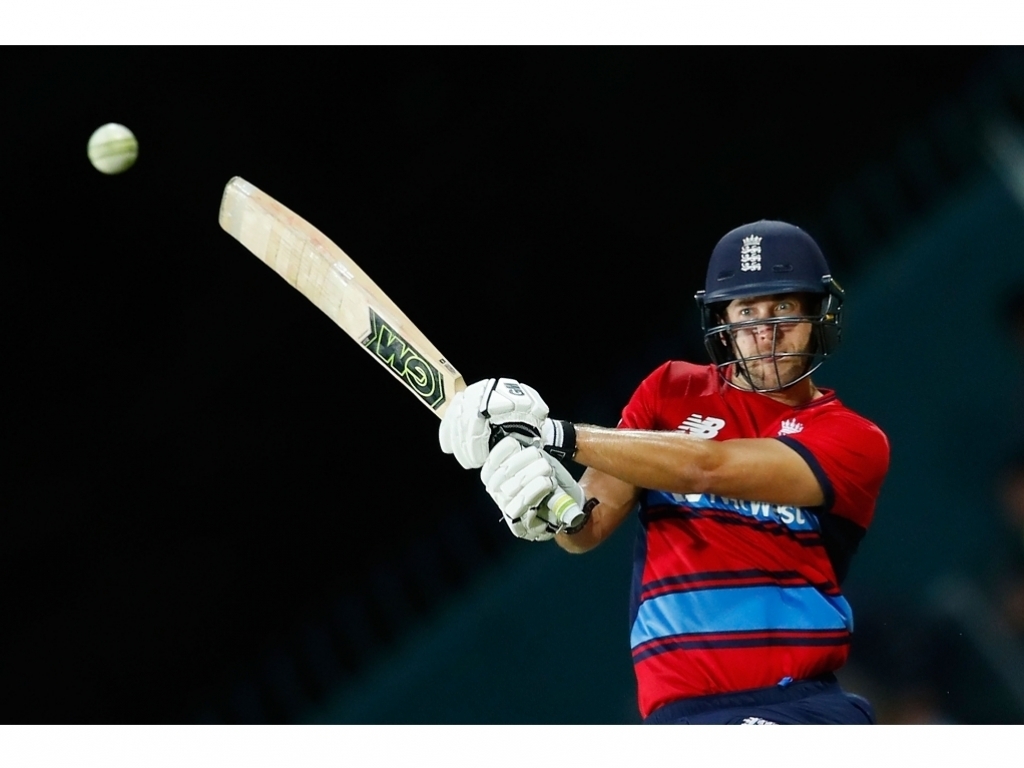 The first of two Englishman is Cricket365’s Best XI is Dawid Malan. The Middlesex batsman scored three half-centuries in the four group games England played, and was the one bright light across the whole tournament for the northern hemisphere side. Malan hit 50 (36), 10 (10), 59 (40) and 53 (36) as England narrowly missed out on qualification for the final. He finished with 172 runs in the series, average 43 across his four innings. 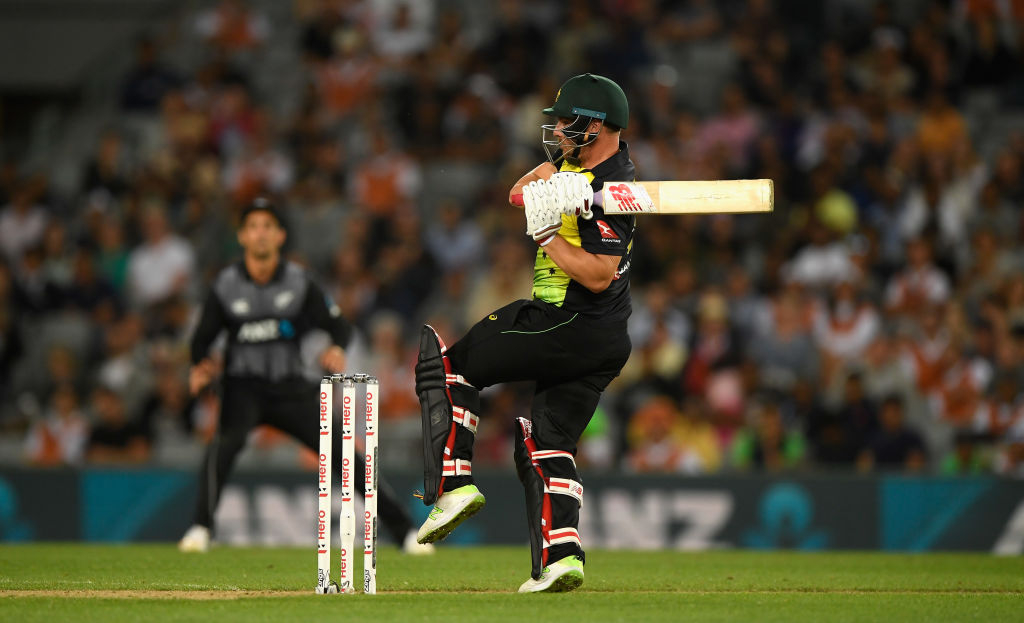 He may not have scored as many runs as others in this team, but the way Aaron Finch came in to finish the Australian innings is the reason he is in this XI. He missed the first two games through injury, but played the last three, including the final against New Zealand. In those three innings, he was not dismissed, finishing unbeaten on 20* (5), 36* (14) and 18* (13). Finch scored 74 runs at a SR of 231.25, as the Aussies finished innings’ quickly, throughout the tournament. 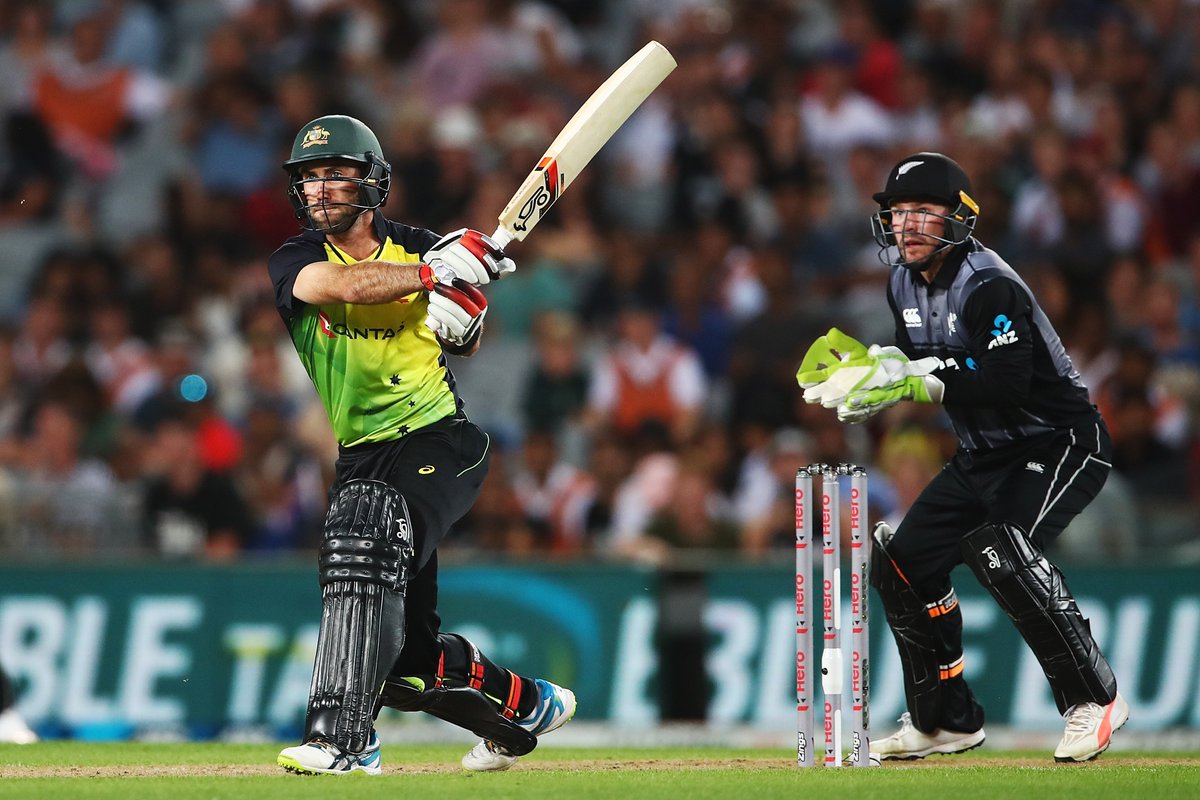 The Man of the Series was Glenn Maxwell, and it was truly deserved for both his batting and bowling efforts. After hitting an unbeaten 40* (24) in the first match, Maxwell then hit a century against England in their second group game, finishing on 103* (58). Scores of 39 (33) and 31 (14) followed, before he was, again, unbeaten in the final, with 20* (18). Maxwell finished with 233 runs at an average of 116.5, the highest in the competition. In Australia’s second group game, against England, Maxwell also took 3-10 from his two overs, a key part of the victory in Game 2. 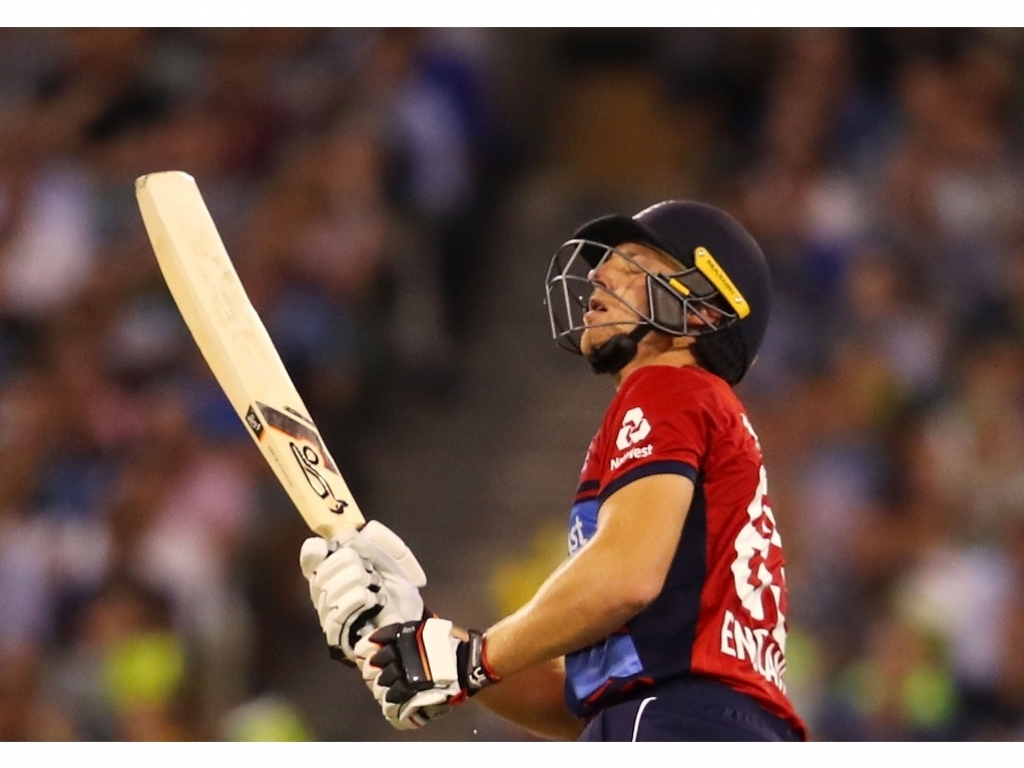 The wicketkeeper department was a tricky choice, as the four that played through the series did not really get a chance to shine in the competition. Jos Buttler is the man that makes the side at No.7, despite playing higher in the order for England. He scored 55 from 65 deliveries across the series, with a high of 46 (49) in England’s first group game. He also made three catches behind the stumps. 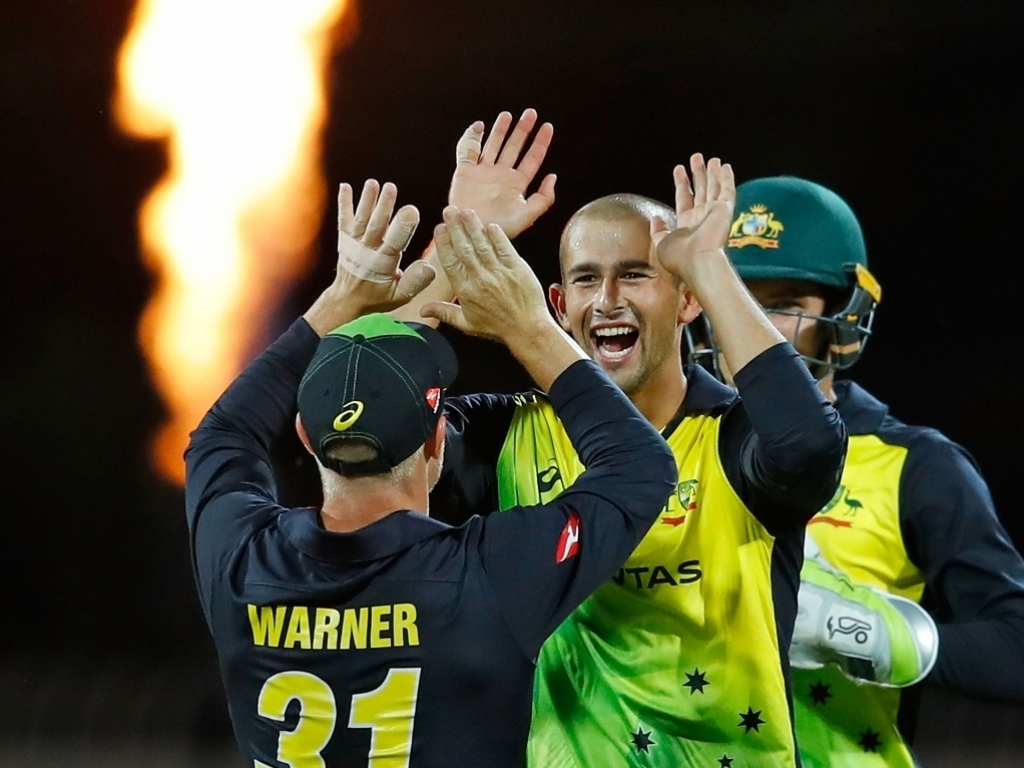 Each of the three sides played two spinners at different points in the competition, but Ashton Agar takes the crown with ease. The left-arm spinner played in all five of Australia’s contests, and went wicketless on only one occasion. 1-22, 2-15, 0-27 and 1-21 were his figures from the Aussies’ four group games, before a Man of the Match performance of 3-27 came in the final against New Zealand. Agar finished with figures of 7-112 across the series, with an average of just 16.

ALSO READ: Cricketers show their colours: Who does Dhoni back on the football field? 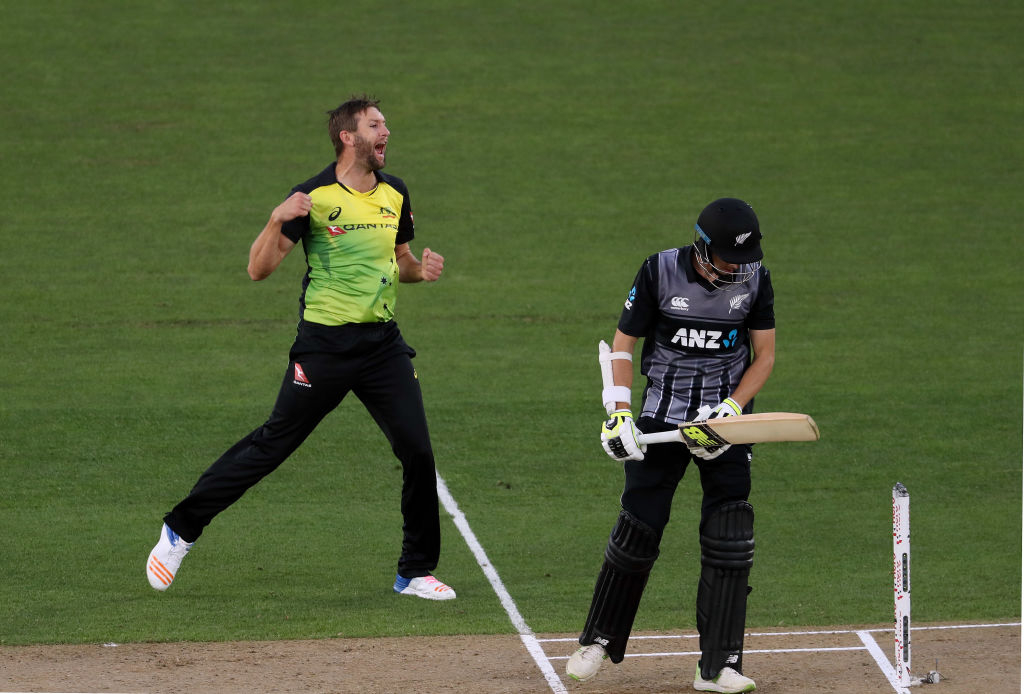 The leading wicket-taker in the series was Andrew Tye; the leading light of Australia’s three-pronged pace attack. Tye was one of just two bowlers who took a wicket in every game, and also had the standout performance of the series. He started with 4-23 against New Zealand, before taking 1-28, 1-29 and 2-64 in their other group games. Tye then took 2-30 in the final against the Kiwis, to finish with series figures of 10-174 despite the pounding he took at Eden Park. 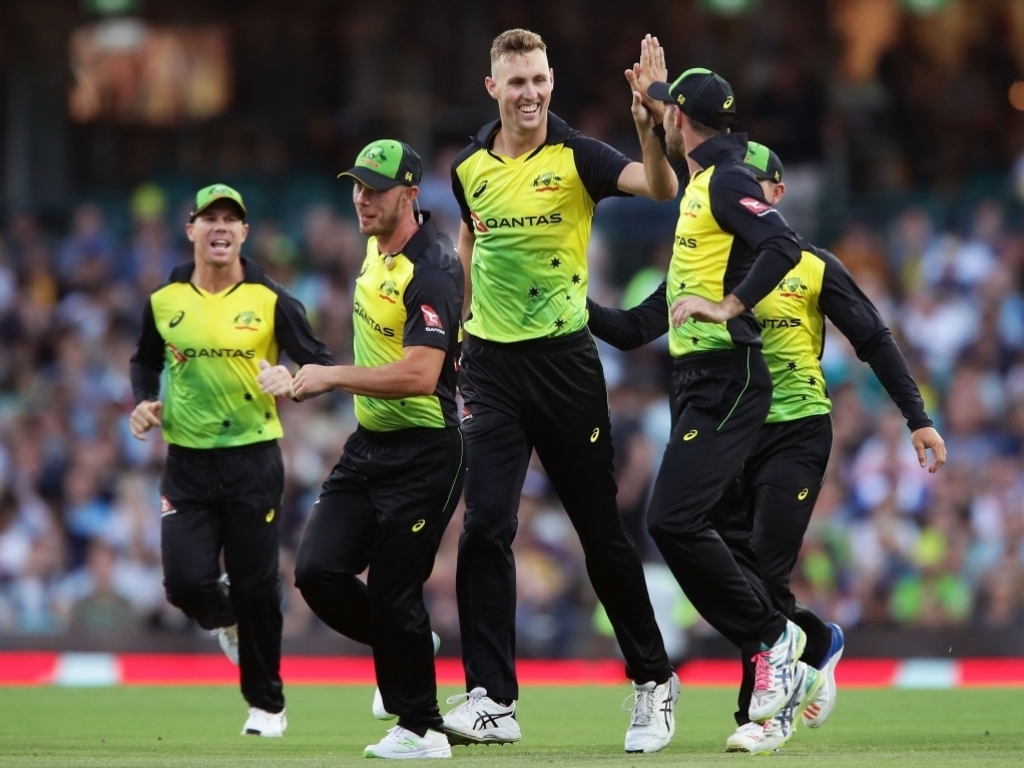 The other man to take wickets in every game was Billy Stanlake. Like Tye, his best performance came in the first group game, where he took 3-15. From there, he took 1-43, 2-28 and 1-43 in the other three group games. When it came to the final against New Zealand, Stanlake took 1-37, as Australia went on to win. He finished with 8-166 across his five matches. 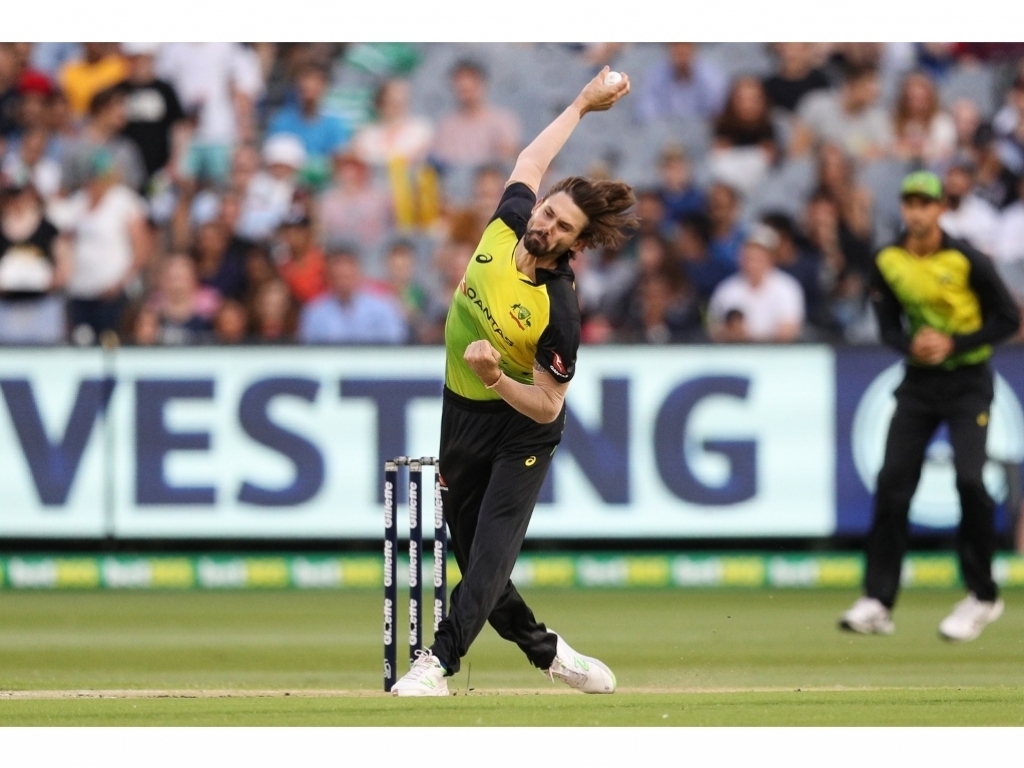 The final member of the pace attack is also Australian, as Kane Richardson took eight wickets across the series. He went wicketless in the first game, but got better as the series went on. After 0-28 in the first game, he took 1-27, 3-33 and 2-40 as Australia won all four group matches. In the final against the Kiwis, Richardson took 2-30, to finish the series with a scoreline of 8-158.