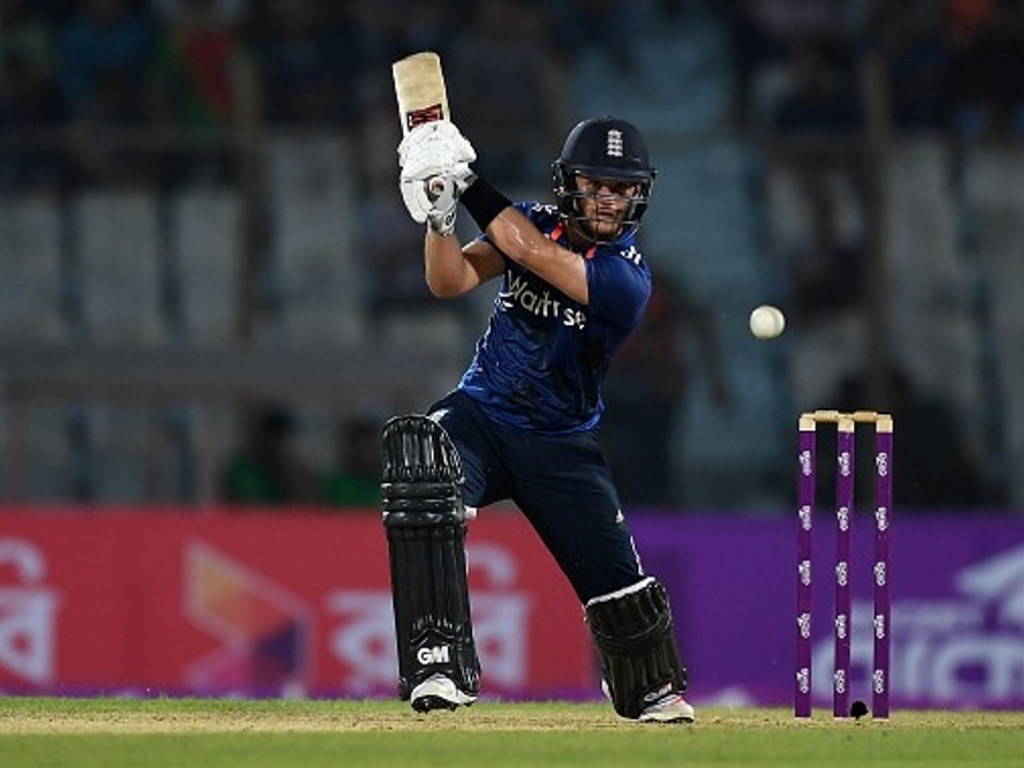 England coach Trevor Bayliss has said that batsman Ben Duckett was unlucky to miss out on the ODI squad for the clashes with India which follow the Test series.

With Eoin Morgan, Alex Hales and Joe Root all returning to the squad England could not find space in the squad for the promising Northants batsman.

Morgan resumes the captaincy despite refusing to tour Bangladesh and Hales, who also made himself unavailable for that tour, also returns to the England team.

Root had been rested for the ODIs in Bangladesh and will likely play a big part in the series even though he is an expectant father.

Bayliss said: “There was a lot of discussion around Duckett.

“It was the toughest decision and the one we spoke about the most. He did well in Bangladesh and if we had left someone else out they would have been desperately unlucky as well.

“We thought that Duckett has done himself no harm. He has shot up the pecking order and he is right there or thereabouts.

“At this stage he is more suited to white-ball cricket and he showed he had what it takes in Bangladesh.

“There were a couple of innings there that were class. He has done well for himself but we thought we would show a bit of solidarity with the team we have had and done so well in last 12-18 months.”

James Vince and Steven Finn will also miss out on the squad with the former having a disappointing series in Bangladesh while the latter did not get a game.

Duckett was competing for a place in the team with Sam Billings and Jonny Bairstow who are widely regarded as England’s best players against the turning ball.

Bayliss added: “Billings and Bairstow at this stage are probably the two spare batters.

“We think both are two of our better players of spin. Billings did well with the opportunity he had in Bangladesh and Bairstow has been batting well.

“Probably over the last couple of years, due to strength of the team we have had, he has not had the opportunities he would have liked. He is a good player, we all know that, and we want to keep him involved.

“Hales has made four hundreds and ODI cricket suits him to a tee. He has that bit of extra time to get himself in and when he gets himself in we know the damage he can do from a batting point of view.

“He has been an integral part of the last couple of seasons in white-ball cricket. He has not given up hope of continuing in Test cricket either, but at the moment he is not there and extra focus is on one-day cricket.

“He has certainly been one of our better players in white ball cricket.

“I have not had the chance to speak to Duckett yet but my message to him will be ‘Mate, well done, you have had a fantastic start and see this as the beginnings of a career. Keep going out and scoring runs because you are right there or thereabouts.’

“This decision was more to do with the experience of the guys we have in the team who have been together for the last 18 months and done well.

“The Champions Trophy is one of the big tournaments in the world and we are playing at home. We want to be in as good a form as we possibly can, so we don’t want to be chopping and changing the team leading into that tournament.”

Bayliss said there was never any question that Morgan would return as skipper and believes that his authority as captain remains unblemished by his refusal to lead the team in Bangladesh over security fears.

He added: “Morgan not returning as captain was not even discussed.

“It was said earlier that there would not be any recriminations against them and they are straight back in. We have done pretty well over last 18 months and the team we have got has been reasonably stable and successful and there is no reason to change.

“I have not sensed that his authority has been eroded at all. There has been no comment about it. He gets on well with all of the guys in the team. He is very highly respected among everyone for the job he has done over the last two years. He captains the team very well. He is a very positive captain and that means a lot to the players in the team.”

Hampshire spinner Liam Dawson who was called up to the Test squad as a replacement for injured Zafar Ansari has earned a place in both the ODI and T20 squads.