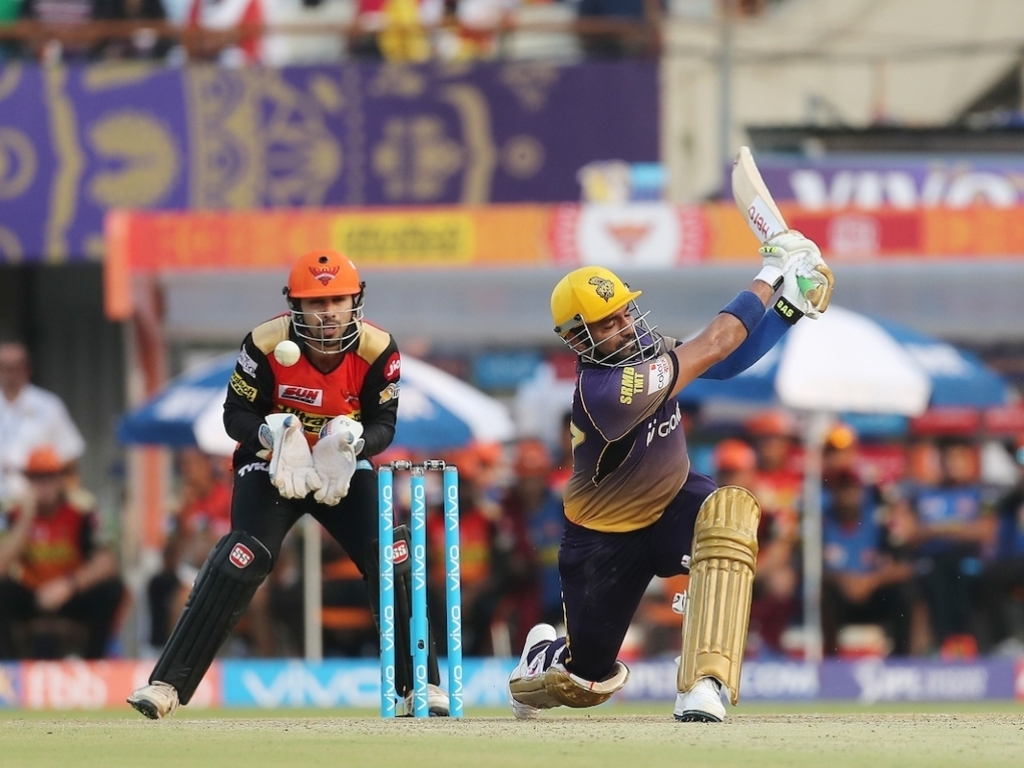 A well constructed 68 off 39 balls from Robin Uthappa helped the Kolkata Knight Riders post what proved to be a winning total of 172 for 6 against the Sunrisers Hyderabad.

The IPL’s defending champions couldn’t chase the total down as the wicket slowed up making things difficult for the Sunrisers powerful hitters who could only reach 155 for 6 in their 20 overs.

KKR employed Sunil Narine as an opener again but he was less successful making just six before the pick of the bowlers Bhuvneshwar Kumar (3 for 20) castled him.

Rashid Khan struck in his first over yet again this time removing KKR skipper Gautam Gambhir (15) with a skiddy leg break.

Uthappa and Manish Pandey (46) put together the key partnership for KKR adding 77 for the third wicket and giving the lower order a platform to launch from.

Despite a flurry of late wickets they would reach 172 which would prove enough although when Shikhar Dhawan (23) and David Warner (26) were going along then it certainly looked in peril.

Yuvraj Singh (26) would tie Warner for top score but the middle order could never really get going and despite having wickets in hand at the death they fell 18 runs short of victory.

Winning skipper Gambhir feels confident moving ahead: “A quality side would win from any situation because the toss is not in your hand. The wicket started gripping and when we saw Rashid bowl we knew Sunil and Kuldeep would come into play so we thought we were on par.

“It’s a very good sign that Robin, Manish, Yusuf, all the guys are hitting the ball well. If we have spinners to bowl eight overs after the Powerplay, it’s a luxury especially with Kuldeep spinning the ball both days.”

Man of the match Uthappa said: “Finally, after years of hard work I’ve settled in the new technique. I had an overhaul a few years ago and I’m feeling like my old self to go after the bowlers and have faith in myself. I like it at No. 3 because the team needs me there. I like the fact that I have responsibility on my shoulders.”