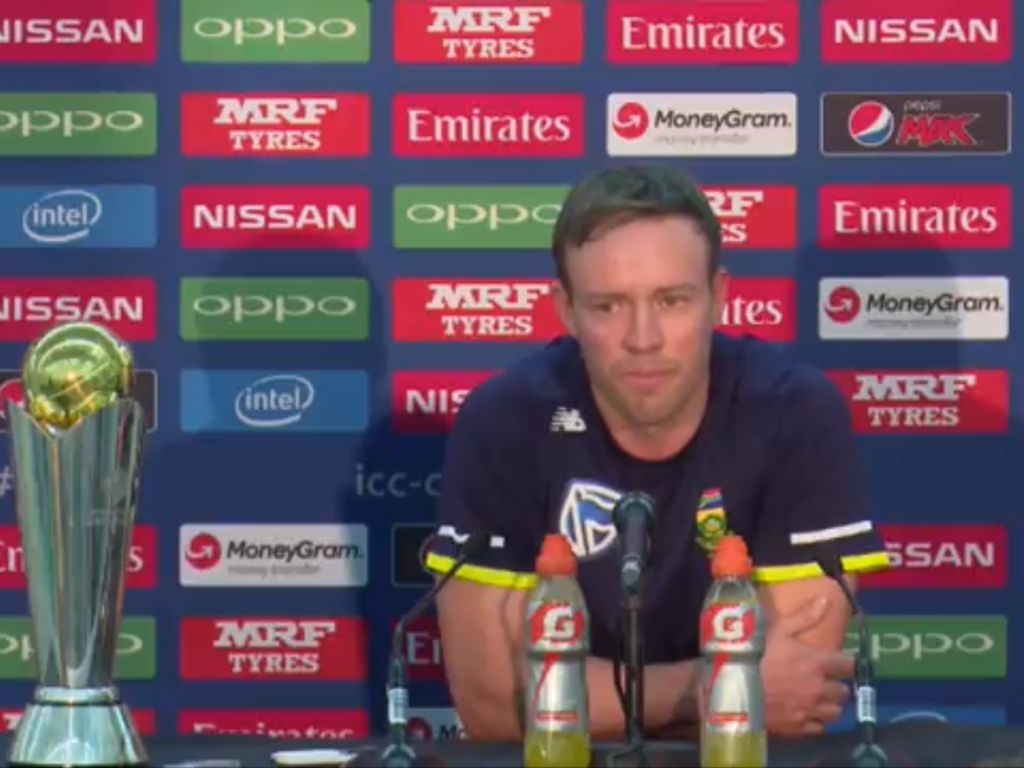 Proteas skipper AB de Villiers has spoken to the press ahead of their first game against Sri Lanka.

The skipper says that they won’t be targeting any particular Sri Lanka bowler and isn’t too concerned about the return of Lasith Malinga.

De Villiers feels that the pitch won’t be as good for batting at the Oval as it was for the opener between England and Bangladesh.

The Proteas captain revealed that both David Miller and Imran Tahir are fit and expected to play against Sri Lanka.

He is hungry for a tournament win and says the Champions Trophy feels good in his hands.