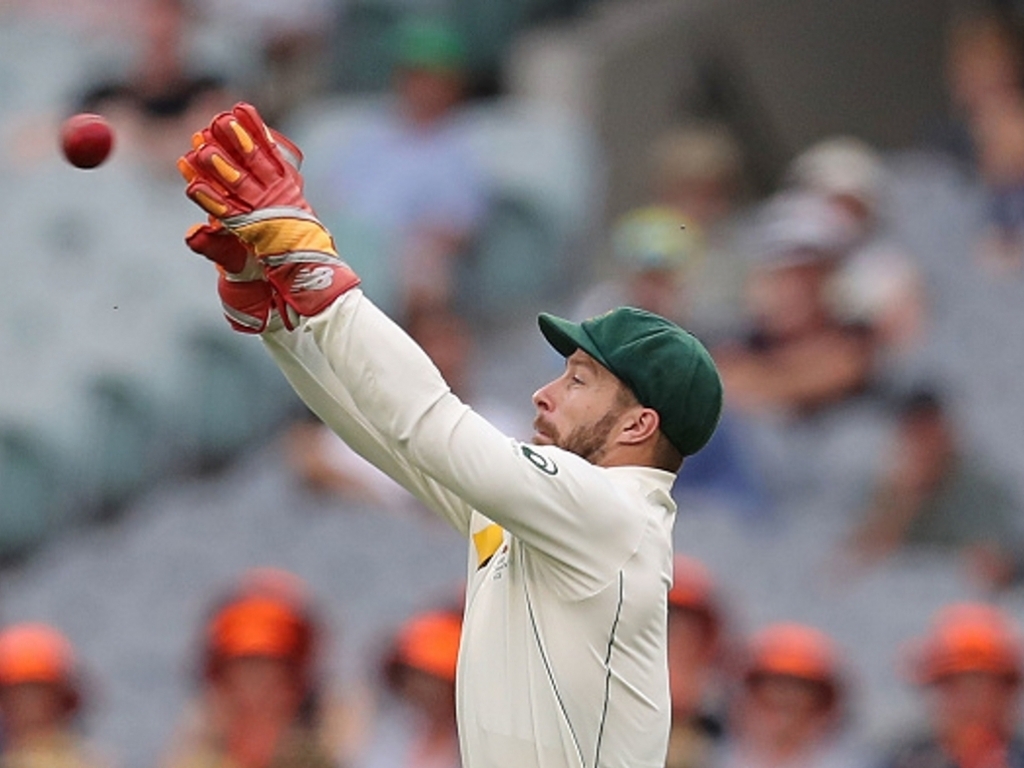 Australia wicketkeeper Matthew Wade believes the key to success behind the stumps in India will be for him to trust in his technique and not second guess himself.

Wade has copped a lot of flak for his glove-work during this summer’s Test matches but he insists he is working hard on improving his weak areas in preparation for a tough tour of India.

Speaking to the media in Mumbai Wade said: “It’s trying to get all that out of your mind and stick to the basics.

“The ball that turns and bounces, you’ll react if your technique’s good.

“It’s about trying to hone my technique in the next week or two, then when you do get one that spits out of the rough it’s just trusting your technique.

“But I quite enjoy keeping over here, the ball beats the bat a lot more up to the stumps so that’s probably the challenge.

“In Australia the ball doesn’t beat the bat consistently so it’s hard to get a consistent rhythm up to the stumps.

“Here you are obviously in the game a lot more.

“There’s balls that are going to hit the rough and go down, there’s one that’s going to go over the top of your head.

“Stuff’s going to happen in this country, I understand that.

“It’s about trying to stay up and about for four Tests in a row in a tough country, against a really good opposition.

“So I’ve got to be prepared for that and obviously coming here before makes a big difference.

To make things a little tougher for the keeper he is also recovering from a back niggle that prevented him from captaining Australia in the Chappell-Hadlee ODI series against New Zealand.

Wade doesn’t feel that the bulging disc in his back will prove to be too problematic though, should he be unable to keep wicket Australia can call on Peter Handscomb who kept in New Zealand but keeping in the subcontinent is not a job for a part-timer.

Wade said of the injury: “It’s just something that I’ll have to manage.

“Obviously the scheduling (over the Australia summer) and then getting off a plane (in New Zealand), it just went on me.

“The disc just bulged a little bit but it just hit one of the nerves, so it took a little while to come right.

“I’ve done the same thing before in other tours and it usually comes right overnight but this one took a little bit longer, so it’s just something I have to keep on top of.

“I’ve done it before, touch wood it doesn’t happen again but if it does I’m confident that I can turn it around pretty quick.”

Australia meet India in the first of four Tests in Pune with the action getting underway on February 23.