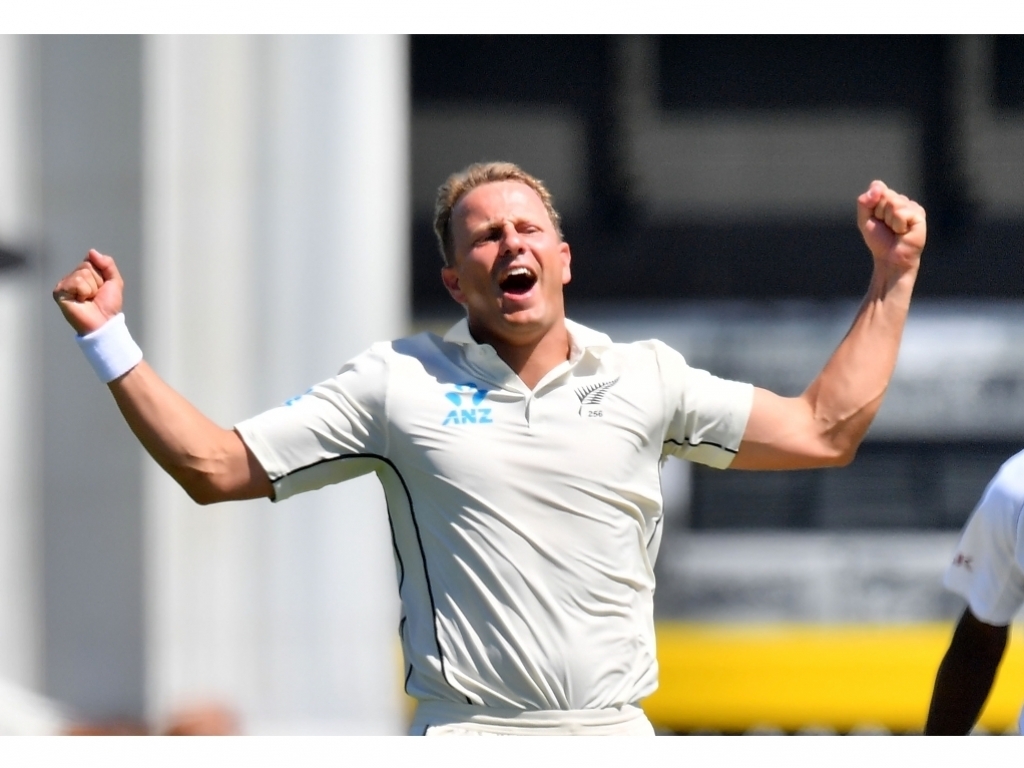 New Zealand fast bowler Neil Wagner conceded that he didn’t feel at his best on day one of the first Test against the West Indies despite taking seven wickets.

The day started with a bit of toil for the Black Caps with the Windows openers grinding out the first 90 minutes of the day.

But Wagner would ultimately prove to be the destroyer bagging five of the top six batsmen’s wickets as the West Indies crumbled to 134 all out.

Speaking after play Wagner said: “Yeah, bit of a bizarre day to be honest. Got a little bit worried at one stage, they were looking quite comfortable and playing really well so we had flashes of the Bangladesh game a couple of months ago.

“I thought they batted really well at the start and they implemented their plans pretty well and we had to find different ways and ask questions and hopefully get rewards and at the end of the day it worked out our way.”

The pitch was not as responsive as expected and with the wind negating any swing New Zealand had to rethink their plans.

He added: “It wasn’t doing as much as we expected it to do, as soon as you pitched it up the ball went out of shape and got quite soft.

“There wasn’t a lot of movement off the wicket, it was quite breezy and windy so it wasn’t really swinging conditions and then we had to adapt our plans and find different methods to stop the scoring.

“That eventually worked out in wickets for us.”

Neil Wagner says he actually felt “horrible” early on with the ball before claiming 7-39 – the best ever figures on day one of a Test In New Zealand #statchat #NZvWI pic.twitter.com/RdZH4QYFWy

Wagner felt that he wasn’t able to settle into a rhythm, something that stayed with him throughout the day even as wickets tumbled.

He said: “I felt horrible to be honest, at the start I felt like I didn’t really have a great rhythm.

“I tried to pitch the ball up for a start first to see if their was any swing or movement and that sort of limits my lengths a little bit so I struggled for rhythm.

“I had to find a way of adapting pretty fast and doing a job.

“Myself and Kane spoke out in the middle and I tried to work that wind, it was a bit of a stiff breeze.

“We worked towards a plan and that plan came off it was just one of those bizarre days when you just get into the zone and things happen your way, I’ve bowled a lot better and not get a wicket then you get days like this where you get seven-fers.

Twice Wagner found himself on a hat-trick but was unable to round off the milestone, the left-arm quick was however not terribly bothered by missing out.

He went on: “To be honest at that stage I don’t really think too much about something like that, I just thought of what we could do.

“In one instance can’t remember which one it all seems a bit of a blur now, on the one hat-trick I think it was on the last ball and I knew Boulty was bowling at the other end I knew I wanted to keep that guy on strike so I knew if he got one it wouldn’t be a bad result.

“If it happens it happens but I don’t think it is the be all and end all.”

New Zealand would reach 85 for 2 by stumps trailing by just 49 runs.