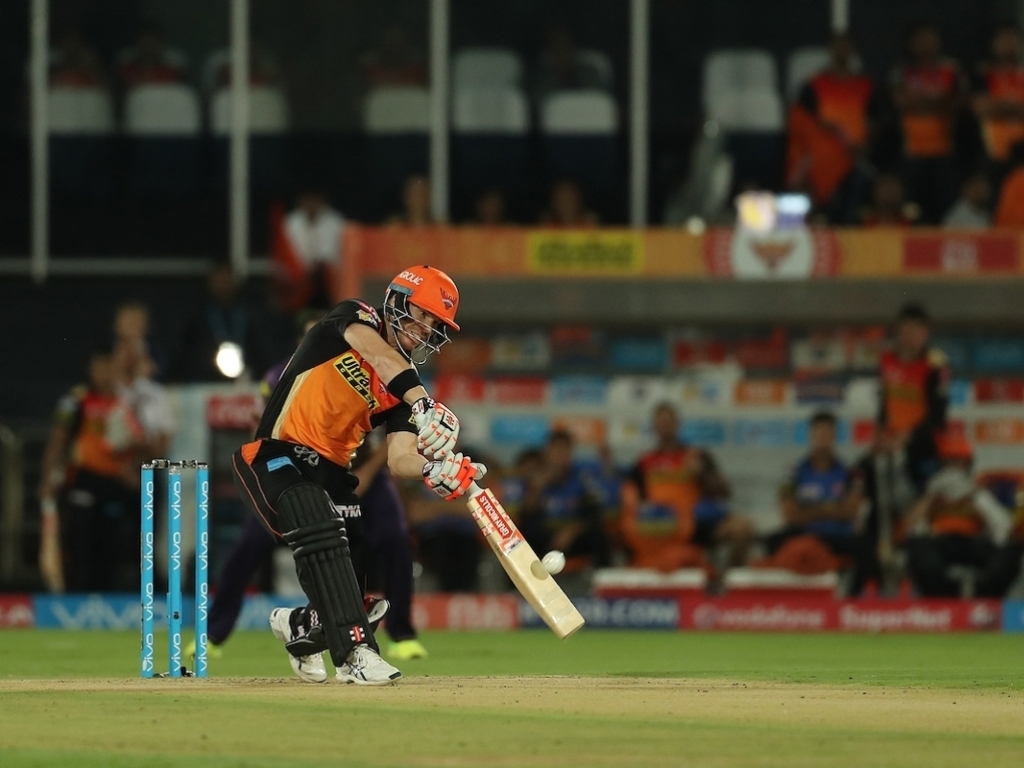 The Kolkata Knight Riders fell 48 runs short of the Sunrisers Hyderabad’s total of 209/3 which was powered by a blistering ton from David Warner.

Warner blasted away from the outset and though he received a slice of luck as he approached his hundred when Chris Woakes dropped him on the boundary, his innings was brutal.

Woakes had dropped Warner earlier in the piece as well with his two spills costing KKR dearly.

His knock included 8 sixes and ten fours with Shikhar Dhawan only able to contribute 29 runs to the 139 run opening partnership.

Kane Williamson played another beautiful cameo to back up the great start hitting 40 off 25 balls.

Warner eventually holed out to the bowling of Woakes for 126 off 59 balls but the damage was done.

Williamson and Yuvraj Singh saw the Sunrisers past 200 before the Kiwi was run out off the final ball of the innings.

While 210 was always going to be a stiff target KKR were given a bit of hope by Robin Uthappa who smashed 53 off 28 balls after openers Sunil Narine (1) and Gautam Gambhir (11) went early.

Uthappa and Manish Pandey (39) were going well until the latter popped a catch straight back at bowler Bhuvneshwar Kumar who juggled but held the grab to leave KKR 90 for 3.

Once Uthappa holed out the bit part contributions from the middle order and allrounders left KKR well short at the end of twenty overs.

Mohammed Siraj and Siddarth Kaul shared the spoils as the pick of the bowlers both claiming 2 for 26 from their four overs.

SRH skipper and man of the match Warner said after the match: “It was outstanding, we generally look to bat first and set the tone with a positive intent from ball one. We managed to maintain the run rate of 10 an over, which was amazing.

“We keep working around the strike and we’ve been gelling together over all. Credit to our bowlers, to Siraj, the way he’s been learning and performing, Bhuvi is amazing.”