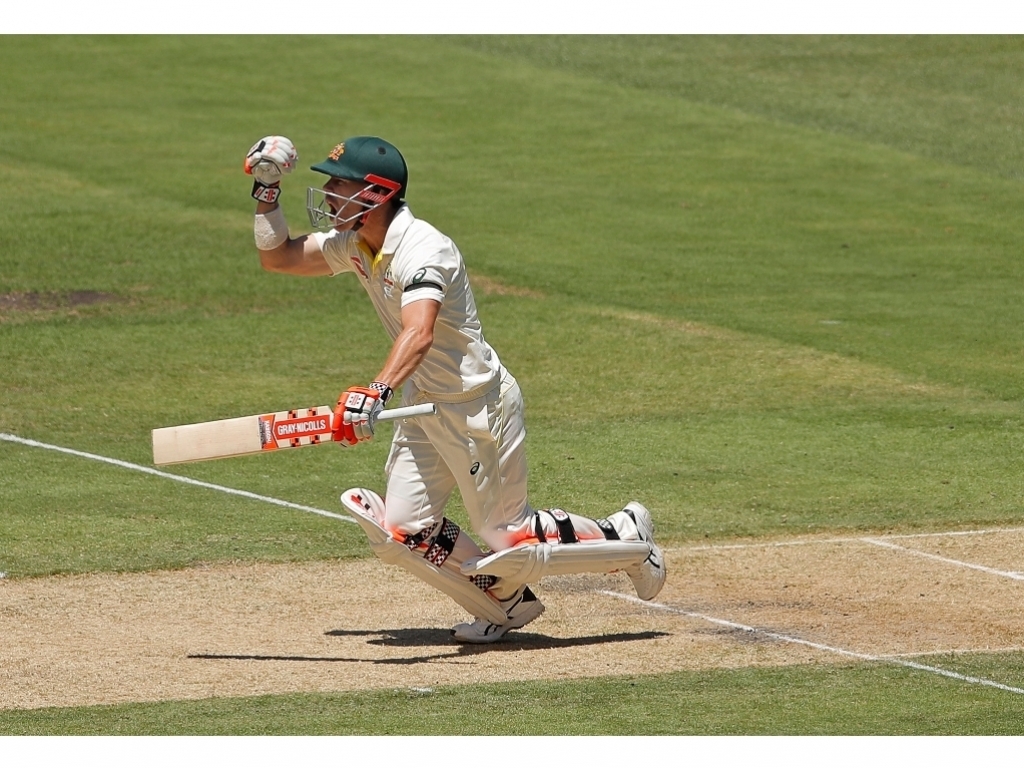 Opener David Warner’s century helped Australia make a strong start to the fourth Ashes Test in Melbourne posting 244 for three by stumps on day one.

The home side won the toss and elected to bat with the MCG wicket looking like a batting paradise.

Australia’s players wore black armbands to mourn the loss of Tim Paine’s father-in-law who passed away on Christmas eve.

Warner started quickly while Cameron Bancroft struggled to get going and looked uncomfortable against the short ball.

A solid commentary effort by @RealHughJackman, but he certainly had some strong feedback from the @triplemcricket team! 😂😂 #Ashes pic.twitter.com/0VKyKolawQ

While Bancroft looked out of sorts England also looked short of ideas and consistently fed Warner with poor balls to allow the opener to keep the scoreboard ticking over.

Australia reached lunch on 102 without loss with Bancroft having made just 19 while Warner had raced to 83.

Roughly half an hour into the afternoon session England finally struck having had Warner caught off a no-ball on 99.

Plenty of drama to get there, but what a moment for David Warner! #MagellanMilestones pic.twitter.com/pQuRiFFtgA

Chris Woakes trapped Bancroft (26) leg before to break a 122 run opening stand and remove a man who never settled.

Shortly after going to his second consecutive hundred in Boxing day Tests Warner tickled a delivery from Jimmy Anderson through to the keeper and this time had to go for 103.

Usman Khawaja (17) ended Stuart Broad’s long wait for a wicket after an innings marked by patient struggle. Khawaja was lured in by Broad’s probing length outside off and he too nicked off to leave Australia 160 for 3.

That would prove to be the final wicket of the day as Skipper Steve Smith (65*), sporting a sore hand, and Shaun Marsh (31*) took Australia through to stumps on 244 for 3 after a hot opening day.