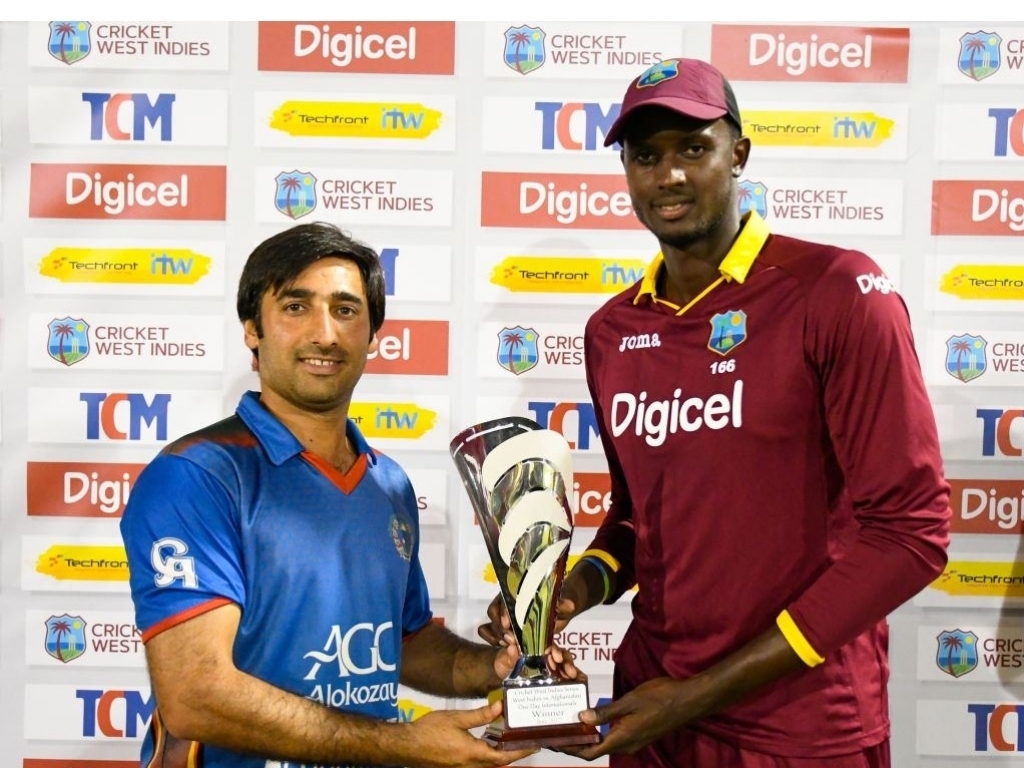 The race to directly qualify for the 2019 World Cup may be over for the West Indies after the third ODI against Afghanistan was washed out.

The result left the series locked at 1-1 and will see the West Indies drop more rankings points.

The West Indies have dropped two points in this series leaving them on 77, trailing Sri Lanka and Pakistan by 16 points.

The men from the Caribbean are unlikely to overhaul either team before the September cut-off for World Cup 2019 qualification.

The hosts England, and the top seven other teams in the ICC rankings (comprising the ten full members and two associate members), as of 30 September 2017, will earn automatic qualification with the remaining two spots being decided by the 2018 Cricket World Cup Qualifier.

The tournament was initially scheduled to take place in Bangladesh, however in May 2017 it was reported that the event would instead be hosted jointly by Ireland and Scotland.

This is because Bangladesh are almost certain to qualify automatically for the World Cup, and thus would not be participating in the qualifier.

The bottom four teams in the ICC ODI Championship ranking (currently West Indies, Afghanistan, Zimbabwe and Ireland) will be joined by the top four teams from the 2015–17 ICC World Cricket League Championship (currently The Netherlands, Papua New Guinea, Scotland and Hong Kong) and the two finalists of the 2018 ICC World Cricket League Division Two for the qualifying tournament.

This means that at most two associate teams can qualify for the World Cup or none if beaten by the Test playing nations.