What’s the fuss about drop-in pitches? 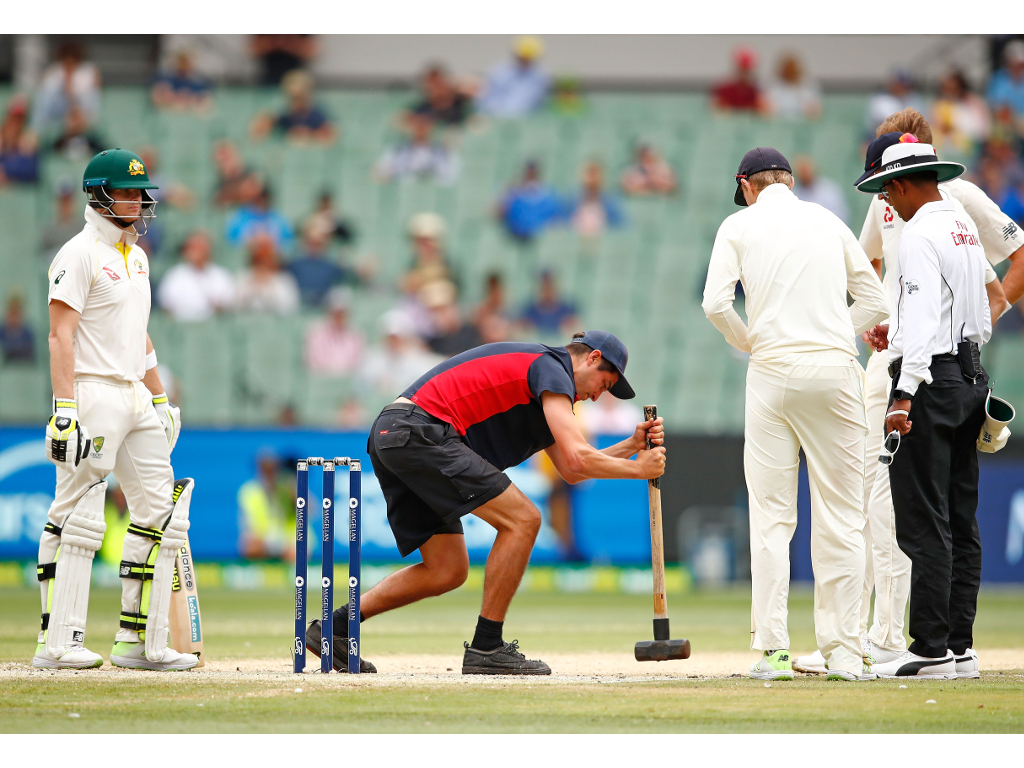 The deadly dull cricket that we saw at the Melbourne Cricket Ground (MCG) between Christmas and New Year has reignited the debate about Test match pitches, with the drop-in surfaces that are used at the MCG getting a serious amount of stick for their alleged lifeless nature.

The criticism was so vociferous it led to the Chief Executive of Melbourne Cricket Club, Stuart Fox, to issue a statement. “Overall, we remain confident and determined to produce portable wickets that generate entertaining Test cricket. Portable pitches have been used at the MCG for more than 20 years and drawn Tests have been a rarity in that time.”

Drop-in pitches are used at multi-purpose stadiums. Rather than have Australian Rules Footballers running over the square in tiny shorts and little vests the pitches are created away from the ground and brought in on a flatbed truck.

While the current pitch that has caused all this consternation was a so-called portable wicket it is not as easy as saying “drop-in pitches are bad”. The surface on which the Adelaide Test was played was a drop-in and there was very little wrong with it. Sure, a result was aided by the ball moving under lights during that day/night game, but no one was complaining that it was a lifeless pudding.

At the Gabba in Brisbane they do not have a drop-in pitch and that has been the site of some dreadfully dull draws where batsmen have scored thousands.

The pitches at Lord’s in England have been routinely criticised for their lifeless nature. Those who sat through the Nagpur Test between India and England in 2012 will soon forget just how dreadful that surface was. At one point it felt as if the groundsman would have been more honest about his thoughts on the game if he had just spray-painted “I HATE CRICKET” over 22 yards rather than preparing that pitch.

Neither of these venues have drop-in pitches.

The problem in all of this is we give groundsmen far too much credit. We imagine them as being able to demand that the grass and mud that makes up a cricket pitch will do exactly what they want. In truth, pitch manufacture is much more art than it is science. All they can do is guess what will work best through experience of past success at getting the pitch that they want.

It is a difficult balance with a Test pitch. There are twin demands, first that the surface allows for entertaining cricket, the second that the game will last for at least four days, and ideally into a fifth. These two factors can be in conflict, with the accusation often being that a groundsman has prepared a pitch that will last to guarantee tickets ticket sales and bar receipts for the last few days. In truth, there is little evidence that these allegations have any truth to them.

Cricket is so dependent on the surface on which it is played, more than any other sport. At the elite level, it is rare that you find a football pitch that can determine the quality of the game. In cricket, it is everything.

And all of this is done by a skilled groundsman doing what he thinks might work and hoping for the best. It can go wrong whether it is a drop-in pitch or not. It is just another example of how this sport is ridiculous.