Williamson was keen to kick on after fast start 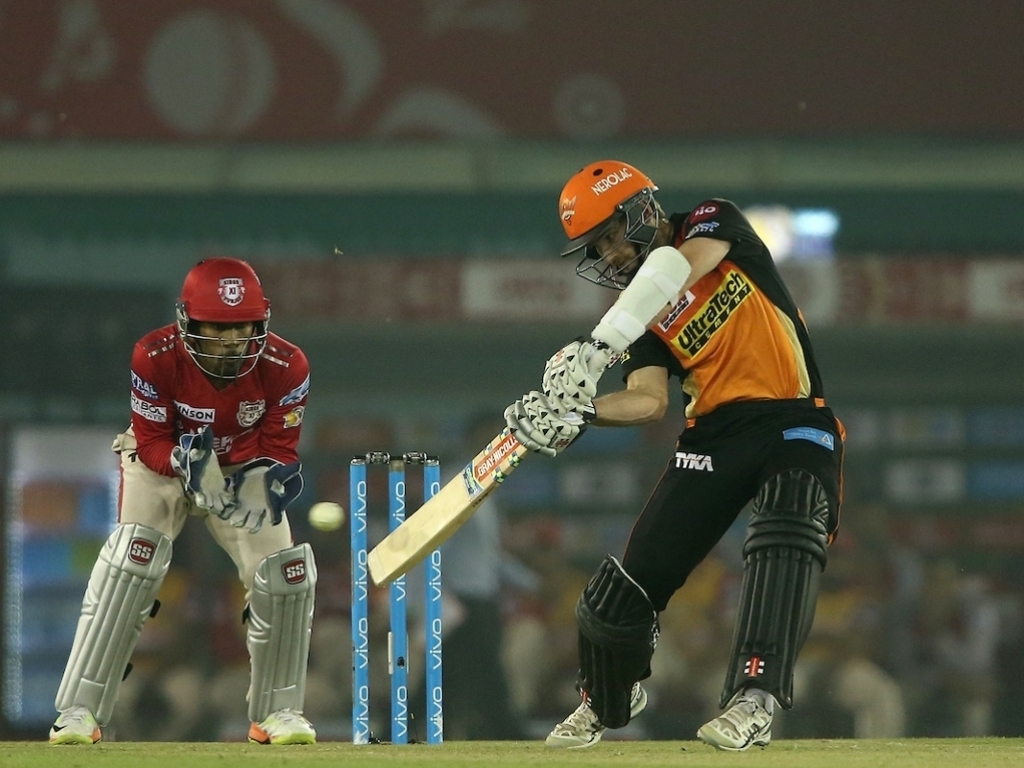 Black Caps skipper and Sunrisers Hyderabad star Kane Williamson was keen to make the most of a fast start when he came out to bat against the Kings XI Punjab.

Openers Shikhar Dhawan and David Warner went hard at the Kings XI bowlers from both ends which meant Williamson was expected to attack from the outset of his knock.

Williamson hit an unbeaten 54 off 27 balls and showed his ability to attack from the word go.

He said after the contest: “The openers got off to a great start; that partnership set a platform to get a good first innings total, which we were fortunate to be able to get. I suppose with the batting depth that we have it was important to try and get in and increase the run rate as best as we could.

“[With] the likes of Yuvraj, Moises [Henriques] coming in as well, it was important that we looked to do that.  We were fortunate today to get such a good first innings total, which to be fair, we needed all of them [the runs] because on a very good batting surface Punjab came very close.”

Williamson revealed that his role as the number three changes depending on the match situation and conditions.

The Kiwi said: “The role can change depending on the situation in T20 cricket. Today it was nice to get off to a good start; Davy [David Warner] and Shikhar played superbly and really set the foundation for the guys coming to try and play cameos to help us get us to an above-par score. It was a very good effort by the batting unit and really well done by the bowlers on a good surface with a fast outfield.”

Williamson admitted that SRH were keen to break the 200 run barrier to ensure they weren’t upset by the potent Kings XI batting.

He added: “After the last time-out, we wanted to get above 200 runs if we could. There were some tough overs and we had to suck it up a little.But to form those partnerships throughout was really important to get to that score.

“There are times when you need to soak it up a little bit, but with the openers batting for about 10 overs with a run rate of over ten runs per over meant that we needed to see how many we could get and play the situation the best we could.”