Windies and Sri Lanka just about even after day one 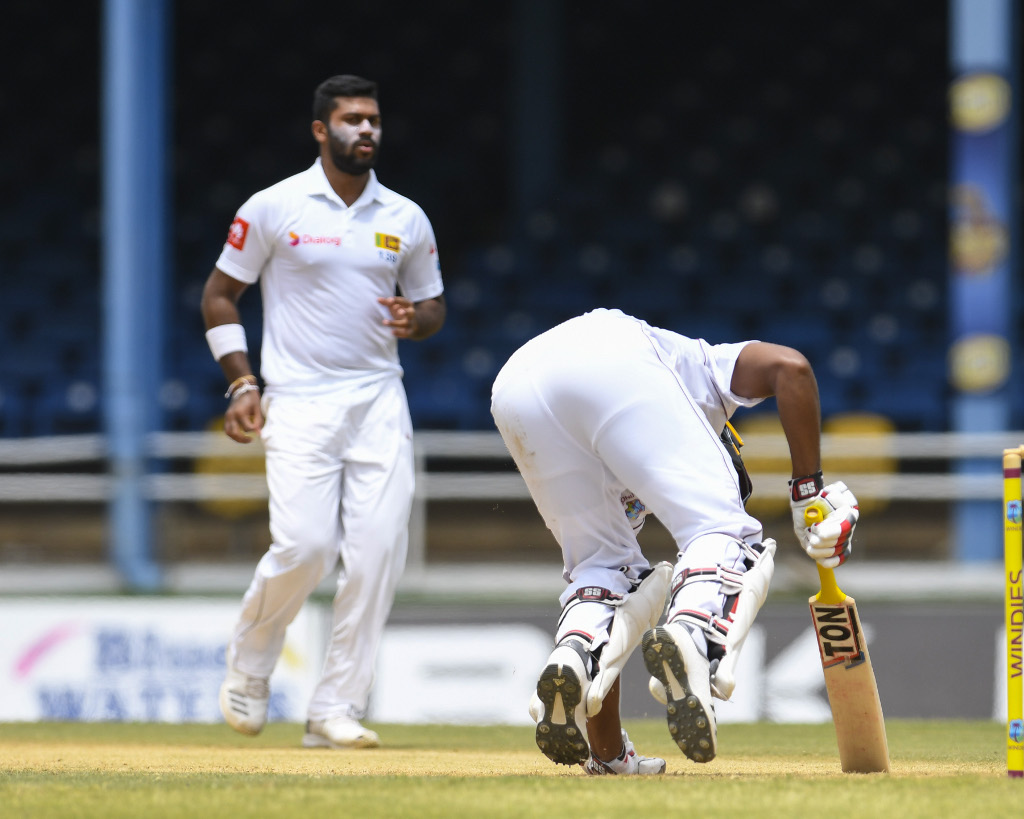 The West Indies batsmen would rue a series of missed opportunities to take control of the first Test against Sri Lanka on a see-saw day in Trinidad.

Winning the toss and electing to bat first, the home side ended up on 246/6 with four of their top eight falling between 30 and 50 and Devon Smith, returning to the side aged 36 after a three-year absence, failing to make his ground to be run out for 7 early.

But while the home side will be frustrated not to have made best use of an inviting day one track, Sri Lanka’s bowlers can look back on a positive start to the series.

Coming into the match with three frontline seamers all averaging north of 40 in Test cricket and only Rangana Herath, agelessly whiling away, recognised in the world-class bracket, they will be satisfied with their day’s work. 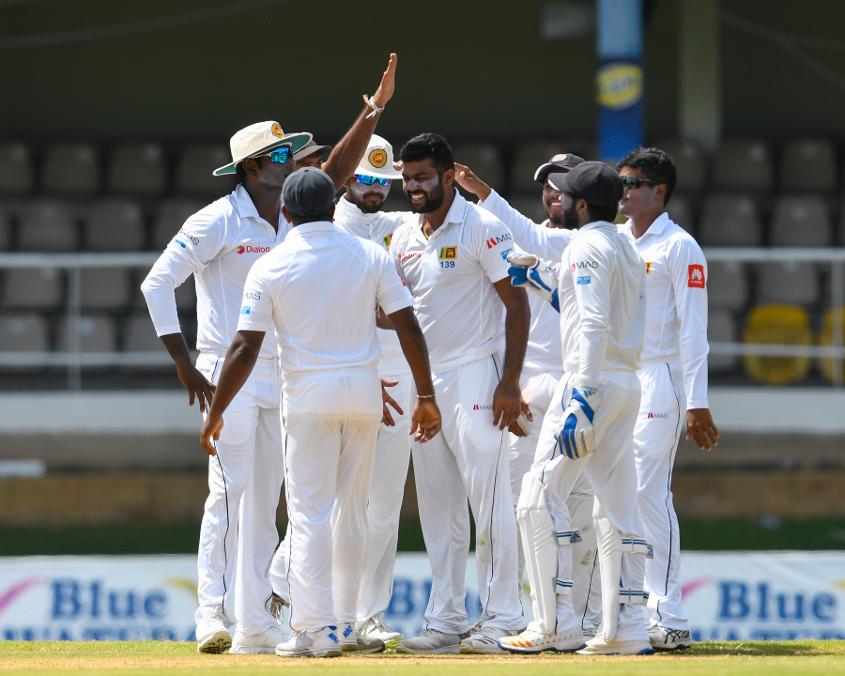 It could, however, have been so much better. Sri Lanka’s fielding flitted between inspired and sloppy all day, with Angelo Mathews particularly mercurial, snaring one stunning catch at first slip from the edge of Roston Chase to give Herath his only wicket of the day, yet grassing an easier chance in the same position from the luckless off-spinner Dilruwan Perera.

Lahiru Kumara was the pick of the bowlers. The ball swung prodigiously in the morning session, but conditions settled down in the afternoon and the muscular effort balls of the 21-year-old were consistently the most threatening deliveries bowled throughout the day.

Kumara touched speeds around 90mph at times and despite the relative sluggishness of the pitch was able to extract bounce and zip off the surface.

West Indies’ fortunes, not for the first time, rested on Shai Hope. The classy, classical No.4 appears to be the hosts’ most technically assured player and, as evidenced from his twin centuries in the astonishing Headingley Test victory of last year, he bats long and with great discipline when he gets in.

He was unflustered initially, getting going with a brace of controlled pull shots and two checked, Kohli-esque cover drives. Thereafter, however, as the afternoon session took shape, he mislaid his rhythm, escaping twice, once to a nick behind from a no ball, and soon after on review after being adjudged leg-before.

Third time, Hope’s audacity ran out and it was Kumara with the incision, a steepling delivery angled into the body that Hope could only glove down the leg-side. An inauspicious end to an elegant cameo – it was the story of the Windies’ day. 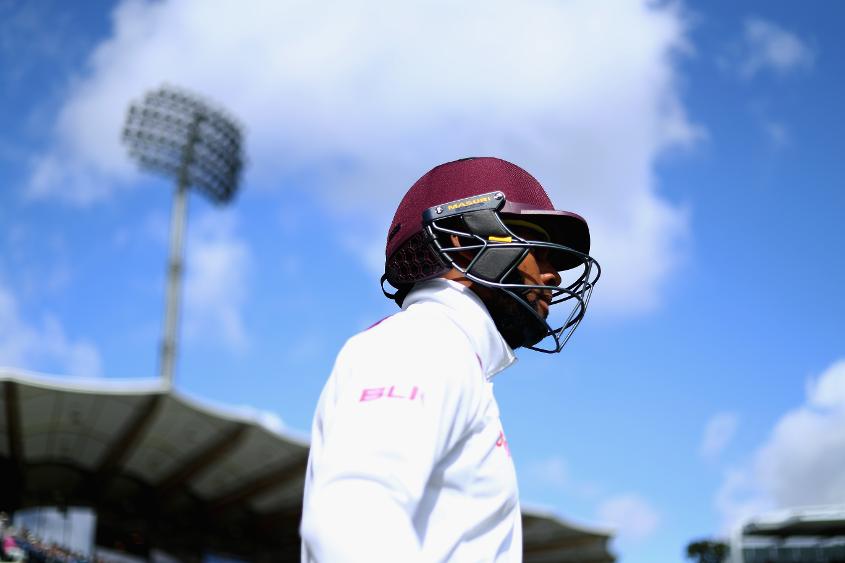 Chase played tidily for 38, as did Kieron Powell, the left-hander unfurling some stylish strokes off his hip and down the ground. But with lunch approaching he would become Kumara’s first wicket, as the tyro’s extra pace caused Powell to lose his shape and he could only inside-edge the full delivery into his leg stump.

Chase’s dismissal left the Windies five down for just 147 and contemplating a seriously under-par first innings.

But Jason Holder, the skipper, and the keeper Shane Dowrich began the rebuilding job, adding a jaunty 90 for the sixth wicket as Holder initally and then Dowrich began to open their shoulders.

As the shadows lengthened on a sultry Trinidad day, Holder was the more progressive of the two. But after surviving a dropped catch at second slip when Roshen Silva failed to hang on to a regulation edge, the captain became Kumara’s third victim of the day, driving airily at a wide one to give Dickwella his third catch of the innings.

Dowrich took 50 balls to strike his first boundary but thereafter he was busy and will resume tomorrow on 46. The home team will know that anything over 300 puts them squarely in the game.