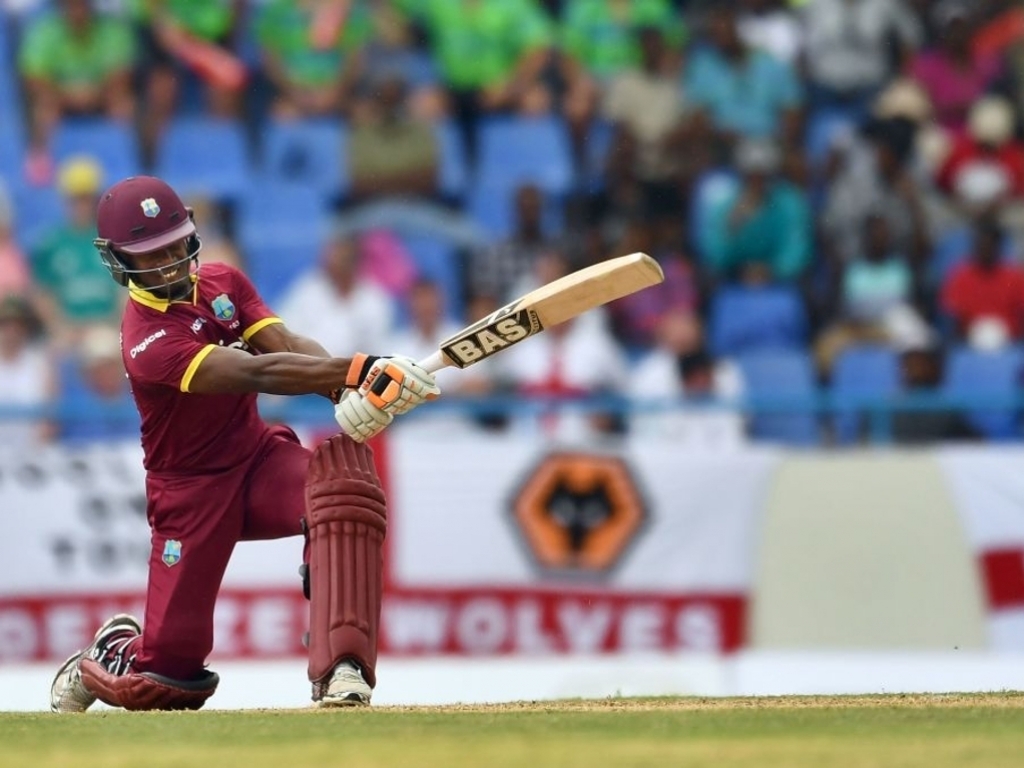 Jason Mohammed played the innings of his life to see the West Indies complete their biggest ever ODI run chase as they beat Pakistan by four wickets.

Pakistan would have been confident when they posted a total of 308/5 in their fifty overs especially given how the West Indies have struggled with the bat.

Ahmed Shehzad and Kamran Akmal (47) gave Pakistan a great start in Guyana putting on 85 for the opening wicket.

Shehzad (67) would share another fifty partnership with Mohammad Hafeez after Akmal had slapped a wide one straight to cover off Holder.

Bogged down, a frustrated Shehzad became the first of Ashley Nurse’s four victims when he charged past one and was castled.

Babar Azam (13) was the only top order batsman who didn’t get going and he would sweep Nurse straight to square leg.

Shaoib Malik played a blistering knock to finish as he hit 53 off 38 balls before falling in pursuit of quick runs.

Sarfraz Ahmed (20*) and Imad Wasim (6*) would guide Pakistan past three hundred and to a score that would be the highest the West Indies had ever overhauled.

Things did not look good for the West Indies as they crossed the 30 over mark, despite decent knocks from Evin Lewis (47) and Kieron Powell (61) the home side were struggling to keep pace with the run rate.

When Shai Hope (24) fell in the 34th over the West Indies were 158-4 and the rate required was creeping towards ten an over.

Jason Mohammed would take charge though he launched 3 sixes and 11 fours in his blazing knock of 91 not out.

Nurse took over the big hitting as the finish approached and his 34 off 15 balls was just as vital as Mohammed’s 91.

Man of the match Mohammed said after the match: “It’s nice to be back to the West Indies team. I made my debut in 2011. It’s nice to be back and doing well now. Any win is special but to chase 300 plus and the way we went about it was superb. Special mention to every member of the side for the fight we showed. We showed we can win as a team.”

West Indies skipper Holder said: “It was a big total. We didn’t bowl upfront but we managed to pull it back nicely. Credit for the way we chased this total.

“Well done to Lewis and Powell for the start, then to Nurse and Mohammed for the knocks in the end. We knew where we had to be at every stage of the chase, we had a chat with the batting coach in the break.

“Good to see the guys come off under pressure. In the past, we’ve been timid. This win gives us a lot of confidence. We need to play each game like a final. Points leading up to the World Cup very crucial for us.”

The second ODI takes place at the same venue on Sunday April 9.