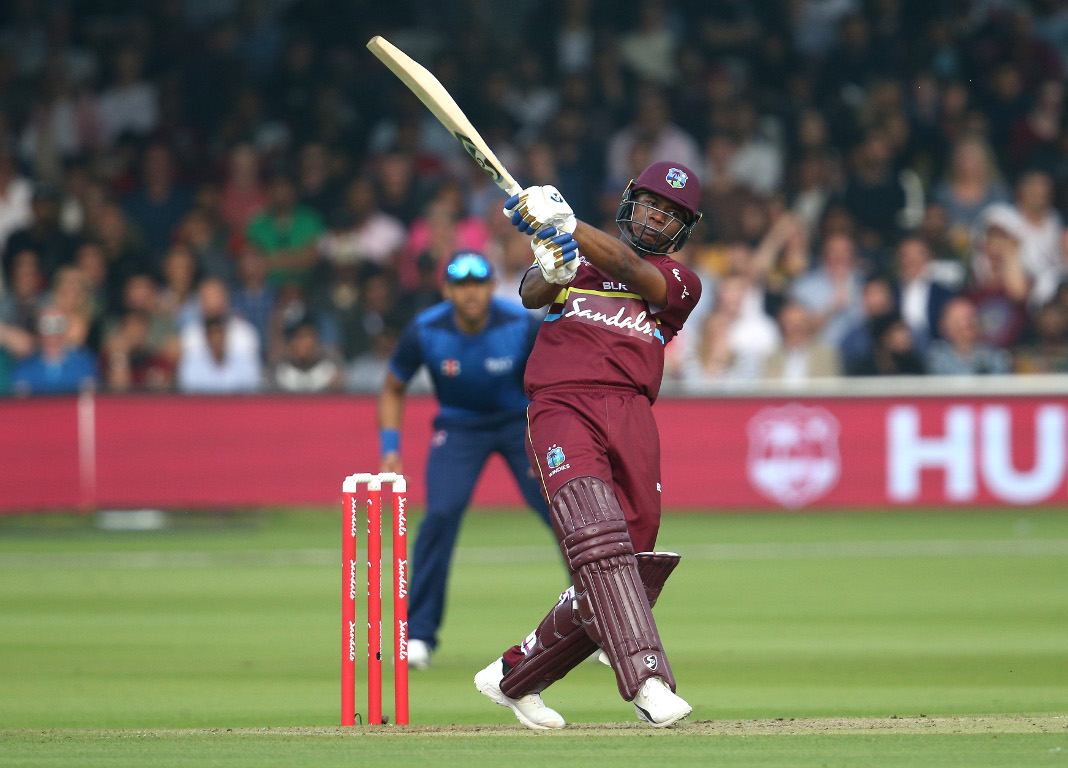 The World XI had the misfortune of running into an in-form West Indies team at Lord’s on Thursday with the men from the Caribbean winning by 72 runs.

The Windies effort was powered by a quickfire half century from Evin Lewis from the top before a string of cameos powered them to 199 for 4.

Lewis belted 58 off 28 balls while Chris Gayle struggled to 18 off 26 balls, Gayle and Andre Fletcher (7) were the only West Indies batsmen to strike at less than 100.

Marlon Samuels hit 43 off 22 balls before holing out to Rashid Khan (2/48) leaving Dinesh Ramdin (44*) and Andre Russell (21 off 10 balls) to close out the innings which they did with aplomb.

Windies win! A fantastic #CricketRelief match is won by the #WT20 champions by 73 runs as the cricket community comes together to aid restoration of Caribbean cricket grounds after last year’s hurricanes

The World XI found themselves 8 for 4 and reeling in the powerplay as Russell and Samuel Badree each claimed an early brace of wickets.

Thisara Perera played a bold but ultimately futile 61 off 37 balls to give the World XI’s effort some respectability.

When Thisara was caught and bowled by Kesrick Williams to leave the World XI 101/7 one ball into the fifteenth the match was no longer a contest.

Williams (3/43) ran through the tail and with Tymal Mills unable to bat after injuring himself in the field the World XI slumped to 127 all out.