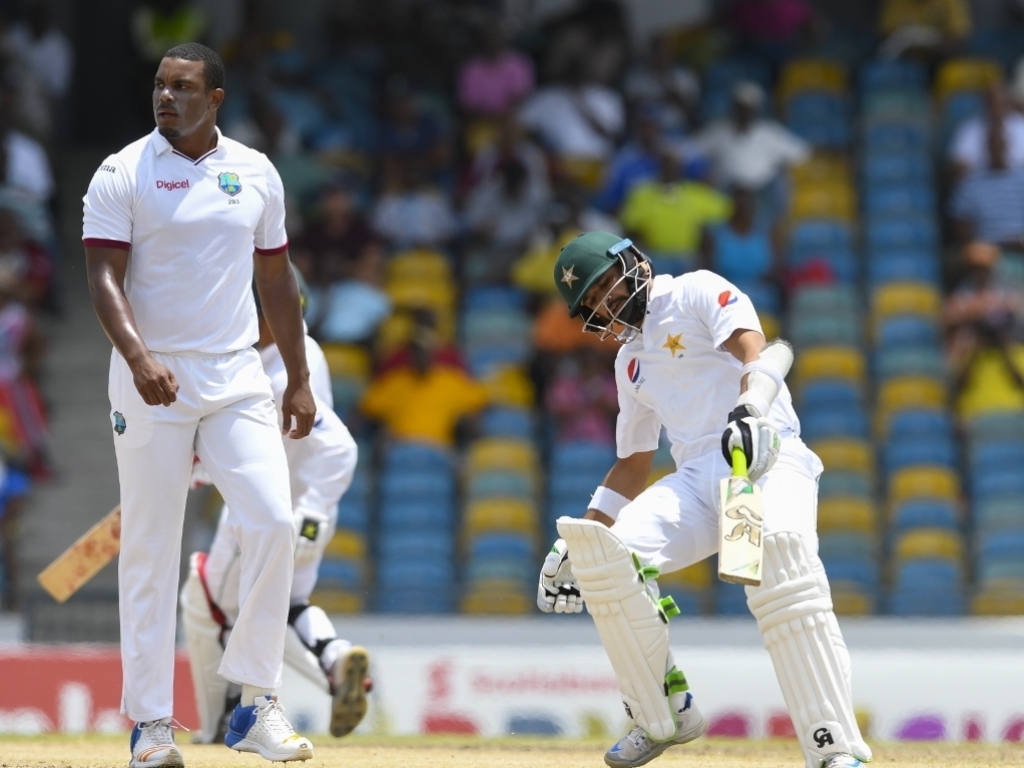 West Indies bowling coach Roddy Estwick was livid after play on day two of the second Test against Pakistan after his bowlers bowled nine no-balls in 69 overs including two that would have claimed wickets.

On both occasions Ahmed Shehzad was the man to benefit from the Windies’ bowlers wayward front feet, first surviving a leg before shout because Shannon Gabriel overstepped, then escaping a stumping off the bowling of Roston Chase.

Estwick suggested it was time to penalize bowlers for overstepping, telling a press conference: “We have to make sure there is some kind of action starting from the nets, people have to be penalized for it.

“They could be fines, they could be any punishments – for every no-ball that you bowl, you have to do 10 sprints, whatever. But there must be some way that people will take accountability for what’s happening. You have to accept the responsibility, it’s you bowling no-balls. I can only help you prepare but when you go out in the middle you have to be as disciplined as possible.

“Just like, if a person plays a bad shot, there is nothing a batting coach can do about it. If someone drops a catch, they blame the fielding coach but I think it’s all down to discipline, everybody making sure that on the field of play he is as disciplined as possible. I will try and correct it in the nets but it is up to the players to take ownership when they walk out on the field.”

Gabriel has been a repeat offender when it comes to no-balls sending down six in the first Test and reaching six in less than a day in Barbados.

A late fightback from the West Indies took the gloss off a good day for Pakistan but the tourists are still well on top and Estwick feels the men from the Caribbean will need to up their game for the remainder of the Test to stay in the contest.

Estwick added: “We were very sloppy between lunch and tea.

“That’s the area that we have got to improve. We dropped one or two catches. We got wickets off no-balls. That’s the focus we have to try and improve on because you can’t afford, on an unresponsive pitch like this for seam bowlers, to make the kind of mistakes we did during lunch and tea. We came back nicely between tea and close of play but before tea it was disheartening to see the performance.

“We have to correct it and correct it quickly because we can’t allow Pakistan to get a lead. Because once they get a lead, going into day three or four, that is going to be very, very difficult.”

Pakistan trail the West Indies by 140 runs with seven wickets in hand in their first innings and three days of play remaining.