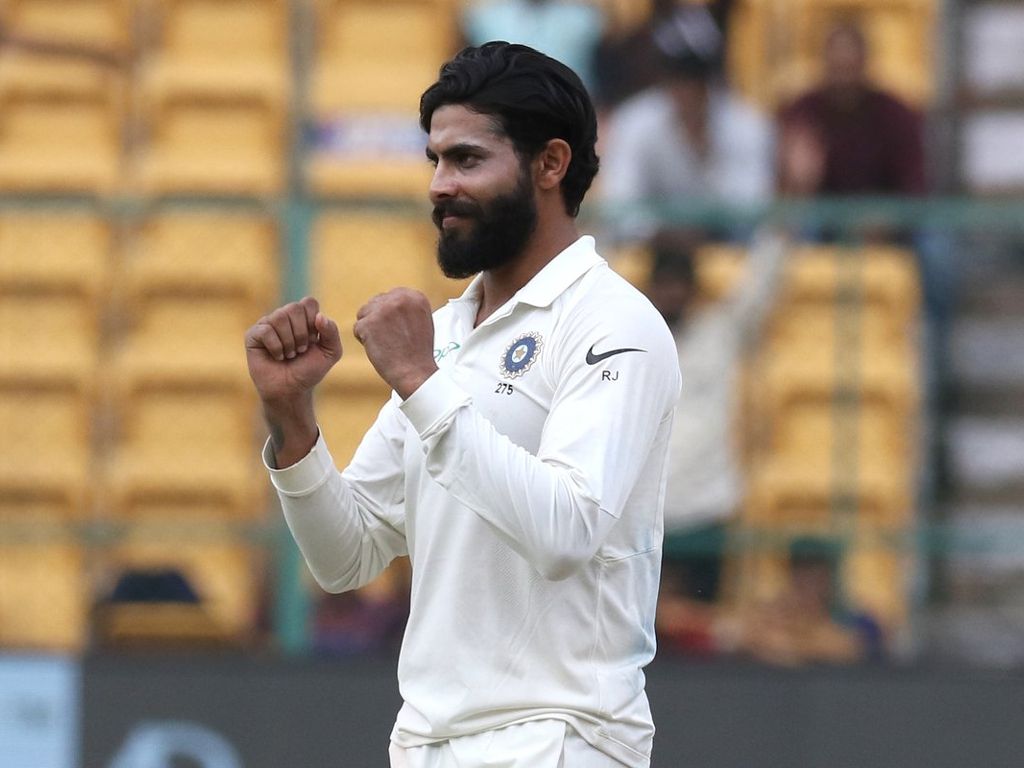 The fate of the first Test between India and the West Indies in Rajkot has virtually been settled after another dominant display from the home side.

India resumed on 364 for 4 and their aggressive lower-order would keep up the pressure on the tourists.

Skipper Virat Kohli and overnight partner Rishabh Pant added another 106 runs to their fifth wicket stand on the second morning.

Pant (92) holed out to the bowling of Devendra Bishoo with a second Test century looming but the skipper would record his 24th hundred in the ultimate format of the game.

Ravindra Jadeja was in no mood to hang about and he took over where Pant left off, though he couldn’t quite match Pant’s greater than a run-a-ball strike-rate.

Kohli’s innings came to a tame end much like Shaw’s had the day before. The dismissal was one of a tired batsman chipping to mid on playing away from his body. Knowing the India skipper it will be something that irks him.

Jadeja (100*) and the tail would add over a hundred and the skipper would allow the spin-bowling allrounder to ton up before he declared the innings closed on 649 for 9.

It didn’t take long for India to put the West Indies batting under pressure with Mohammed Shami removing openers Kraigg Brathwaite (2) and Kieran Powell (1) in his second and third overs of the innings respectively. 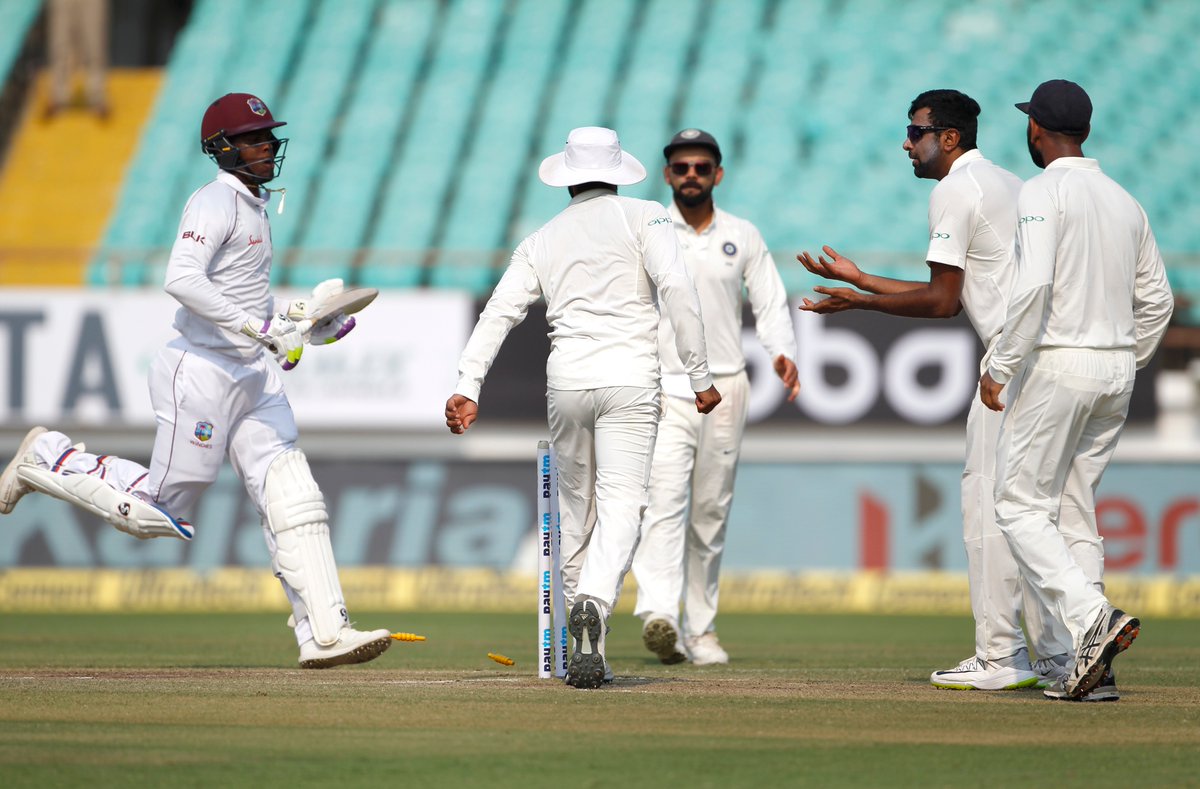 No collapse would be complete without comical run out and Sunil Ambris and Shimron Hetmyer conspired to provide one as both ended up at one end. Hetmyer took the fall as Jadeja nearly added more comedy by running towards the stumps as if he was going to whip the bails off by hand only to lob a throw from three yards out, luckily for him it connected leaving the West Indies 32 for 4.

Ambris (12) was the next to go and Jadeja was involved again this time as the bowler. Jadeja put the ball in a good area and Ambris did the rest with an expansive shot intended to fly through the covers instead finding its way to the slip corden where Ajinkya Rahane pouched the catch.

Shane Dowrich (10) proved no match for the wiles of Kuldeep Yadav who got into the act by sneaking through the keepers defense to upset his stumps.

Roston Chase (27*) and Keemo Paul (13*) would get to the close without further damage being done but the pair have an enormous task in front of them to either save the follow on or bat long enough in the Rajkot heat to discourage India from enforcing it.

The West Indies were 94 for 6 at stumps still trailing by 555 runs, they need a further 355 runs to avoid the follow on.