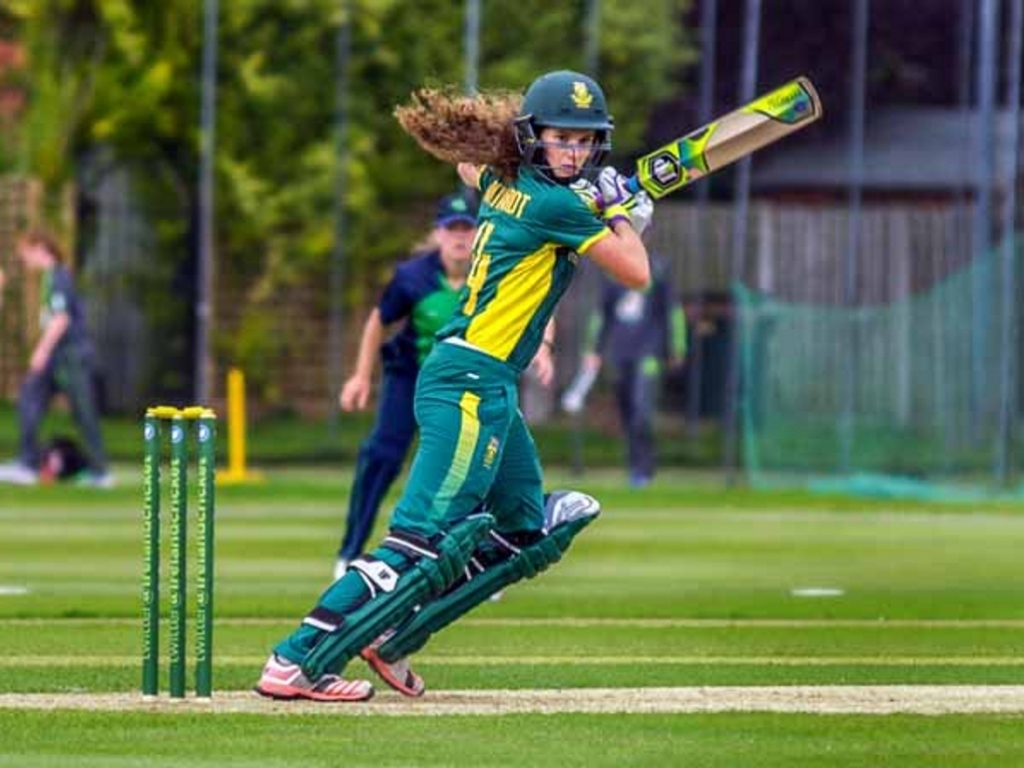 Laura Wolvaardt smashed a magnificent 149 at a run a ball giving the Proteas a colossal 178-run triumph over Ireland on match five of the Cricket South Africa (CSA) Women’s Quadrangular series in Potchefstroom on Thursday.

Wolvaardt’s outstanding innings included 17 boundaries and, along with Trisha Chetty, who was also impressive on the day with her 77-ball 70 and Lizelle Lee (40 off 36 balls) up front, set up South Africa’s highest women’s One-Day International (ODI) total of 337/5 at the end of their allotted overs.

Her 179-run, second-wicket stand with Chetty was the game changer that paved the way for the home side hitting the 10th highest women’s ODI total, making interim captain Suné Luus’ choice to bat first, an excellent one.

Aoife Beggs was the pick of the Irish bowlers, taking 3/64 in her 10, but the rest struggled against a rampant South African line-up led by a baleful Wolvaardt.

Their batting reply was equally impotent as Luus led the attack taking 2/27 while Shabnim Ismail (1/5), Moseline Daniels (1/9), Nadine de Klerk (1/17) and Raisibe Ntozakhe (1/42) returned a stick each. Ireland were restricted to a modest 159/8 at the end of their innings, with  Mary Waldron, Lara Maritz and “extras” top scoring with a respective 35, 25 and 24 runs.

Wolvaardt is proud of the team’s response to their loss against India on Tuesday. She believes that it is performances like this that will take them far in other tournaments.

“It was a really good day for the team,” she said. “The batters, who didn’t have a great day on Tuesday when we lost against India responded well to the disappointment of that day and bounced back in a great way today. I really enjoyed batting out there today with Trish(a) (Chetty) and Lizelle (Lee), we fed off each other well and found a good rhythm with both partnerships.

“I’m hoping that we can carry this momentum forward and replicate that same exact ruthlessness and smart batting and bowling in the rest of our games,” she concluded.

Unbeaten India top the Points Table with 14 points, while South Africa, who are four points behind take second place. Zimbabwe are third with four points and win-less Ireland bring up the tail.

In the next round, the Proteas face Zimbabwe at PUK Oval, while India take on Ireland at Senwes Park on Monday, 15 May 2017.