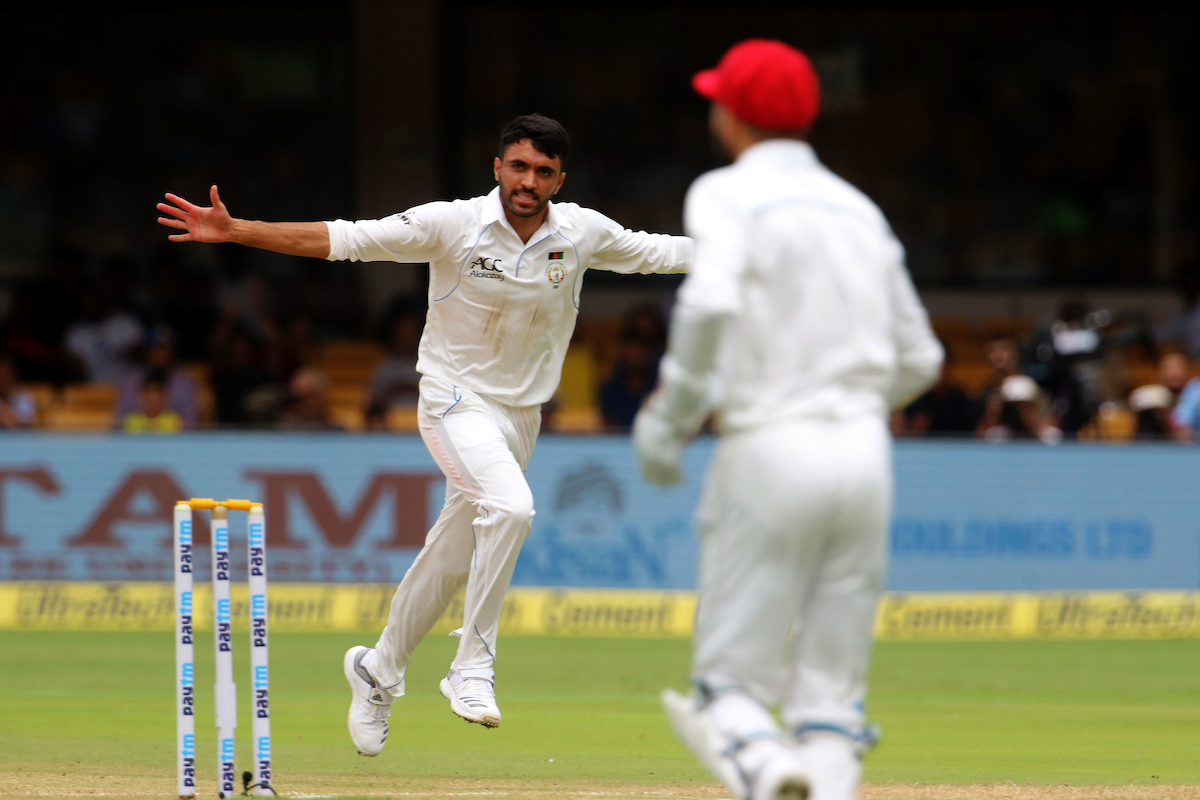 Afghanistan’s first wicket in Test cricket fell to 25-year-old seamer Yamin Ahmadzai who got Shikhar Dhawan to nick off on the drive just after lunch on day one of their inaugural Test against India in Bangalore.

Ahmadzai said after an emotional day that playing Test cricket was a dream come true and he couldn’t put in to words what the experience means to him.

The man charged with taking the new ball said: “This was a dream come true for our nation.

“Getting a Test cap is the most important thing [for a cricketer]. And it was the same for me – I can’t put it in words.

“Playing in India with India, the No.1 team, was a good experience. There are still four days to go. We will try to do our best.”

Ahmadzai said that Afghanistan were guilty of trying to be too attacking early on when Shikhar Dhawan pounced on some loose bowling, smashing a century before lunch.

He said: “Yes, there were some nerves early on.

“We gripped the game and we started to go with another plan, which was a little bit defensive and we were successful in that.”

Ahmadzai would end day one the pick of Afghanistan’s bowlers after a tough day for whiteball superstar Rashid Khan who got a pasting from Dhawan but would come back to claim the wicket of India stand-in skipper Ajinkya Rahane.

Of the star spinner Ahmadzai said: “At the beginning he was trying too hard.

“At the end, he tried to bowl wicket to wicket and he believed in himself. The ball was also gripping good.”

India would end a rain interrupted day on 347/6 from 78 overs still on top but Afghanistan will feel if they can keep India from going past 400 they will retain a shot at getting something out of the contest.