Home Top Story Younis to bow out after Windies series

Younis to bow out after Windies series 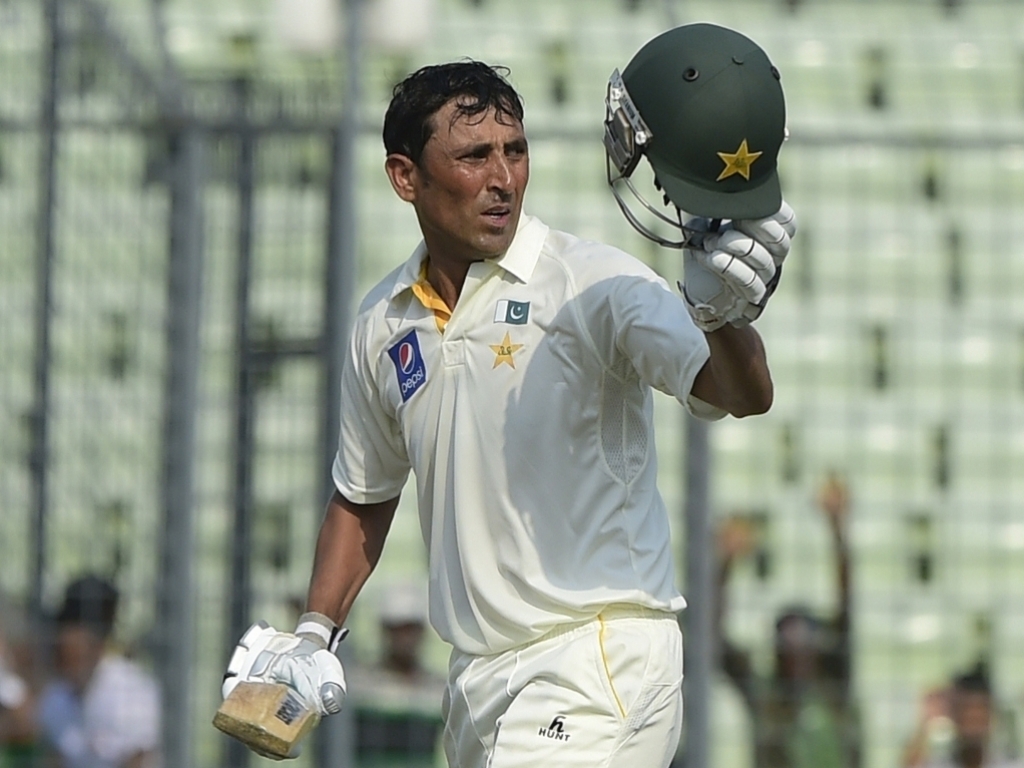 In what will come as a hammer blow to Pakistan’s Test team Younis Khan has announced that he will join Misbah-ul-Haq in retiring after the series in the West Indies.

The 39-year-old made the announcement in Karachi on Saturday April 8 as an incredible 17-year career winds down.

The classy right-hander is just 23 runs away from becoming the first Pakistan batsman to rack up 10,000 Test runs.

Younis admitted that there were many who wanted him to stay on but he felt the time was right to walk away.

Speaking from Karachi Younis said: “People are calling me and asking me not to make any announcement to leave but now is the time.

“A time comes in every player’s life when he has to decide and I always tried my best to serve my county with my head high. No player always remains fit, the motivation never remains the same, so this is the time when Younis should leave the field after the upcoming series in West Indies.”

It is never easy for a team to lose two players as influential and talented as Younis and Misbah one just needs to look at how Sri Lanka have struggled to replace Kumar Sangakkara and Mahela Jayawardene.

Younis would add: “I always tried to be a good ambassador and serve my country to take it one step forward.

“If I’ve ever made a mistake in my career, if I’ve forgotten something, or done something wrong, please think of me as one of your own and forgive me, ignore me and let’s move on.

“This isn’t something sudden, this was always building up and few of my close friends knew it. Although I had a plan to retire after surpassing Javed bhai’s [Miandad] runs record, then I was motivated to complete 10,000 runs so I have decided to get them.

“Humans can never be satisfied but I am not in an age to make that far, so I want people to respect my decision and allow me to fulfil my future plans.”

The star batsman is unconcerned about the future of Pakistan cricket and feels that the team will move on from losing him.

He said: “In the past these things were said, what Pakistan will do with big stars leaving, it will be difficult ahead … but life never stops for anyone, it needs to move on.

“When I came in I shared the dressing room with players like Rashid Latif, Moin Khan, Inzamam, Wasim, Saeed Anwar and I thought what will happen if they fade away. All pressure will come on us as junior players.

“But after two to three years Pakistan still did wonders, like in 2009 I won the World T20 with youngsters around me … I think Sarfraz [Ahmed] has a chance here to stand up and take the Pakistan team forward and we should think this way.”