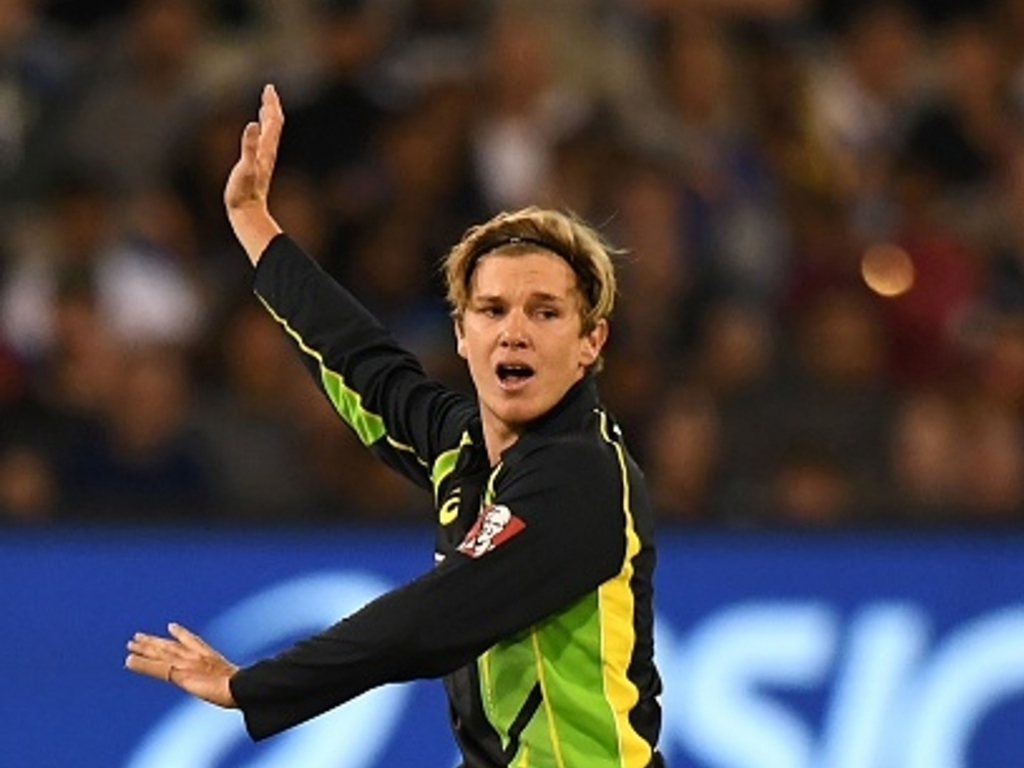 The return to the XI of Adam Zampa helped Australia win the final T20I against Sri Lanka to salvage some pride after losing the series.

Zampa took 3 for 25 from his fours overs, claiming crucial wickets to derail the Sri Lankan chase which led to the crashing to 146 all out chasing 188 to win.

Australia posted 186 for 6 in their twenty overs but had looked set to make substantially more before two tight overs at the death saw them post what was still a decent score.

Aaron Finch and Michael Klinger got the ball rolling with a 79 run stand for the opening wicket before the former was caught at long off for 53.

Klinger continued the good work with Ben Dunk (28) adding 49 for the second wicket.

Travis Head would join Klinger after Dunk skied one trying to slog Dasun Shanaka over midwicket.

Head looked in good touch and at one point would smash Lasith Maling for two sixes in an over that cost 20 runs.

But in the 19th over Malinga got his own back having Head (30) caught at long off before Klinger (62) ran himself out the next ball leaving Australia 180/4.

Malinga completed a fine over when he grabbed the scalp of Ashton Turner (1) off his final ball.

James Faulkner (2) fell in a final over where Australia only managed four runs but there total would prove to be enough.

Sri Lanka made their typical aggressive start with Upul Tharanga and Dilshan Munaweera slamming the first two overs for 28 runs with Jhye Richardson copping 20 runs in his first over as Munaweera struck him for two sixes and a four.

Pat Cummins came on in the third over and should have had the wicket of Munaweera but for a dropped catch from Zampa, who would make amends.

In the fourth over Upul Tharanga smashed Faulkner for six before holing out to deep midwicket with Richardson taking the catch, Sri Lanka were 41/1 after 3.4 overs.

Richardson recovered from his earlier punishment to return and claim the wicket of Kusal Mendis (14) who holed out to midwicket to leave Sri Lanka 68/2.

The slow bowlers then got into the game with Head claiming the wicket of Munaweera (37) before Zampa set to work on the Sri Lanka middle order.

In the space of two overs three wickets from Zampa left Sri Lanka in tatters first he trapped Asela Gunaratne (4) leg before claiming the wickets of Chamara Kapugedera (7) and Shanaka (0) in the following over.

Milinda Siriwardana (37) tried to repeat Gunaratne’s heroics from the second match but couldn’t rally the tail and was eventually caught and bowled by Faulkner in the 17th over with the match over as a contest.

Two run outs rounded out the innings and sealed a 41 run win for Australia, Sri Lanka win the series 2-1.

After the game man of the match Zampa said: “It is always nice to bowl the middle overs and it is very easy when you have a start like that. There are a lot of good leggies coming through – Swepson and some others in the Big Bash. Sri Lanka have very fearless players, sometimes it can be tough to bowl at them.”

Upul Tharanga said of the series win: “Beating Australia in home conditions is a tough thing to do. The guys did a good job. Asela played very well even in the South Africa series. The innings he played in the second game was amazing.”

Aussie skipper Finch said: “I thought we played some fantastic cricket tonight. A complete performance like this makes the last match even more heart-breaking. When you have Klinger at the other end, he lets you play your shots. We have been guilty of not converting starts. Today we had two fifties and Dunk and Head chipping in.”