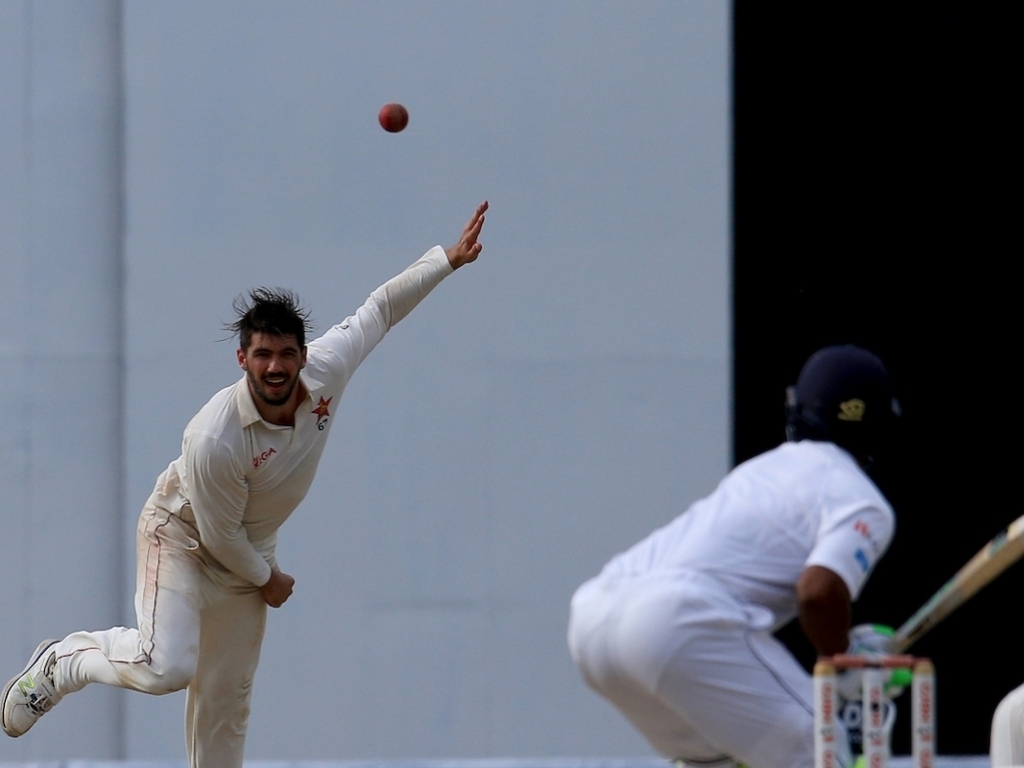 Zimbabwe coach Heath Streak says he would like to see his team post Sri Lanka a target of at least 200 in their Test in Colombo.

Streak feels that any sort of first innings lead would be a bonus and that looks likely after Sri Lanka slumped to 293/7 at stumps.

Zimbabwe will be hopeful that they can run through the tail before the hosts can haul in their first innings total of 356.

Speaking after play on day two Streak said: “I’d like to get 400 runs in front, but I don’t think that’s going to happen.

“Anything over 200 to 250 runs is going to be really tough on the fourth and fifth days. Between 250 and 280 would be a really competitive target. But first we’ve got to get out the two batsmen at the crease at the moment [Asela Gunaratne and Rangana Herath]. They can both bat.”

The Test has proven to be far more enthralling than the one-sided contests between the two in Zimbabwe last year and is currently evenly poised.

However with the spin options available to Zimbabwe will make any target of 250 very tricky for an out of sorts Sri Lanka.

Streak went on: “It’s going to be a really interesting day’s play tomorrow.

“Hopefully, we can pick up those last few wickets quickly, and if we do get a lead, that will be a bonus. Then it’s going to be an exciting few days.”

Streak admitted to being pleased with the team’s progress but identified areas where they can get better.

He went on: “There are times where we just let things drift a little bit, but all in all I am very happy.

“Cremer was outstanding today. He bowled some really dangerous balls and could easily have a five-for already. It’s nice to be in the position we are in, but its only two hard days and there’s lots more in the Test match if we are going to give ourselves a chance to challenge Sri Lanka.”

Zimbabwe know they are on the brink of making history yet again having scored their first ODI series win over Sri Lanka on this tour already but don’t want to get ahead of themselves.

Streak quipped: “We are making history on the tour so we would change that [Zimbabwe have never beaten Sri Lanka in a Test] as well.

“It’s about backing positive options – something we really encouraged the guys to do on this tour. We know we have to do that again. With Rangana and the other spinners, it’s going to be hard work.”