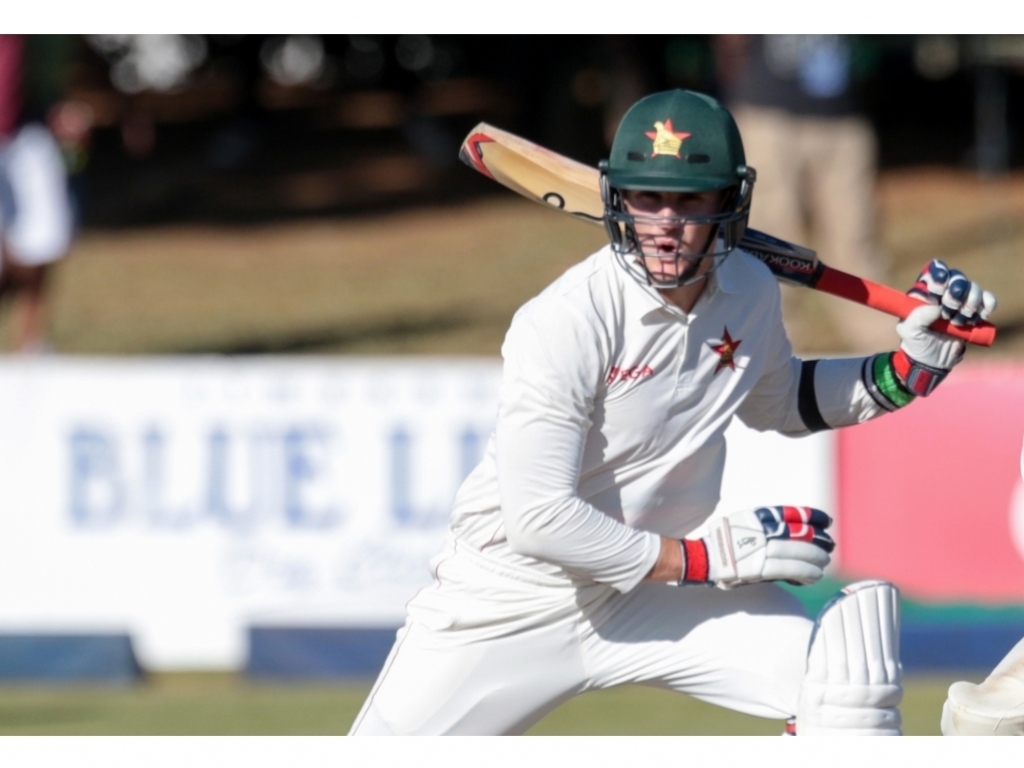 This second and final Test of this series still hangs very much in the balance going into the final day at the Queens Sports Club.

A game that has see-sawed for four days sees Zimbabwe with a slender 18-run lead with six wickets in hand as they go about setting a total and or attempting to save the game.

It had seemed likely that we would not be treated to a fifth day when Zimbabwe conceded a 122-run first innings deficit and then their top-order failed dismally again as they crashed to 46/4 soon after lunch.

However, an heroic 96-run unbeaten partnership between Sikander Raza (58*) and PJ Moor (39*) has once again given their side a glimmer of hope.

The West Indies started on the day on 374/7 and Shane Dowrich (103) and Jason Holder (110) made no mistake in notching up handsome hundreds and breaking numerous records as they amassed a 212-run partnership, which was the highest for the West Indies for the eighth wicket, by the margin of 64 runs. Eventually they were bowled out for 448, a mammoth score after stumbling to 230/7 on day three.

That enormous partnership knocked the spirit out of Zimbabwe to such an extent that it seemed unlikely they would have it in them to put up more of a fight in this match.

Kemar Roach (2-14) claimed the scalps of both openers in the four overs before lunch. He bowled Masakadza with a beauty of a ball that seamed in from so far outside off that the he did not offer a shot and then he had Solomon Mire trapped in front as Mire played an awful cross-batted shot on the stroke of lunch. Soon after lunch when Brendon Taylor (10) and Colin Ervine (22) fell to Shannon Gabriel and Davendra Bishoo respectively, Zim looked to be up the creek without a paddle.

Raza and Moor have batted maturely and kept this game alive. Initially they were circumspect but soon after tea they hit the visitors’ bowlers off their lines and lengths and played positively, dispatching boundaries that delighted the small but growing in numbers and boisterousness crowd. Between them they kept out 190 balls.

Raza insisted after his five-wicket haul yesterday that he was a batsman who bowled and not the other way round and today he backed up his chat with an impressive innings that came when his side most needed it.

If the Windies are unable to run through Zimbabwe in the morning then the draw begins to look likely. There have been an astonishing 36 Tests this year and there has not been a single draw. In a match where the impossible keeps happening, I would not be surprised by any result.

“There are 92 overs left in the game – it is slow going out there. We need to get through a session and try get to a position where we can consider setting them a target.

“The cool weather on day one and two has meant that the wicket has not dusted and broken up and has been more placid than we hoped for.

“It is going to be a hard fighting fifth day.

“It was very disheartening to concede that huge eighth wicket partnership, especially given that the umpire got one wrong and Holder should have been out early in his innings. We have ourselves to blame, I guess.

“PJ Moor is a very determined guy – he has learnt a lot watching the other guys and adjusted his game according to the slow pitch.

“I think we are similarly matched in the batting department but maybe we are a quality seamer or two shy. Our spin department is up there with theirs but we need to work on our pace bowling to be as strong as we would like to be.”

“Shane hasn’t had the best pf times recently and my determination was to get him to score. We needed a partnership to get back in the game. We took it in ten-run stages and once he was in he was able to relax and get in the flow.

“A 200-run partnership was a remarkable achievement on a slow pitch.

“Tomorrow’s morning session will be crucial. If we break this partnership early then we have a chance to win the game. It isn’t a pitch where wickets come easily – you have to look for them and be patient as the turn is very slow.

“Zimbabwe remind me a lot of our side. They are probably where we were a year or two ago, with young players that will need to stick together to improve. There is plenty of talent and experience there.”