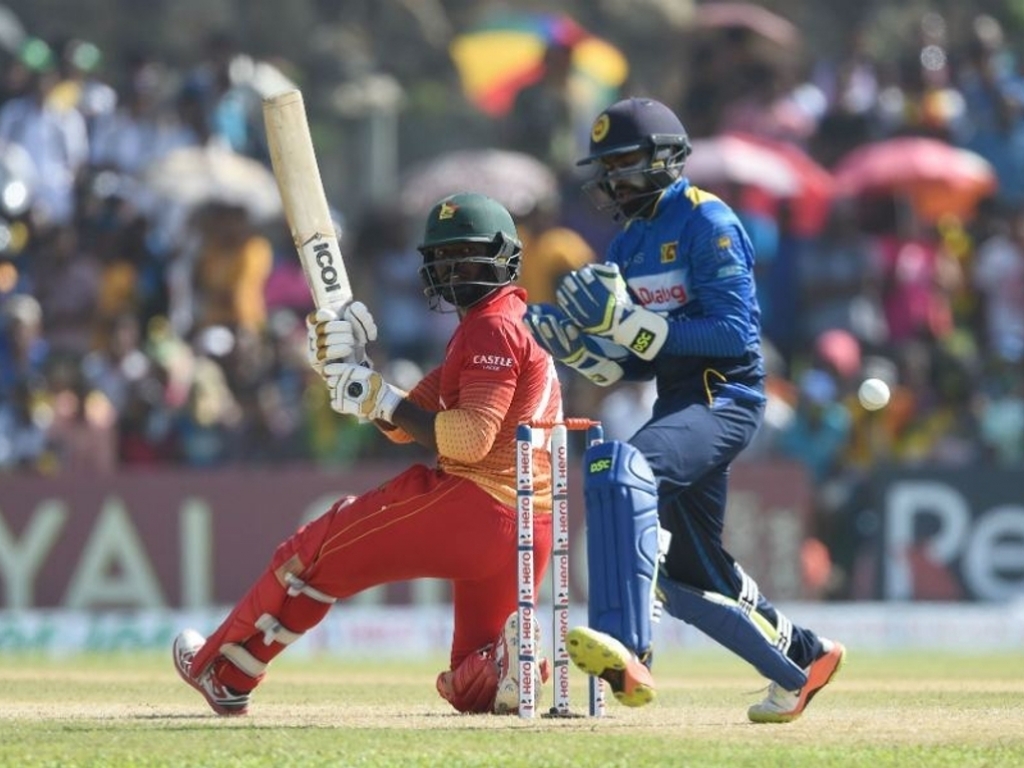 Zimbabwe became the first team to successfully chase down a 300 score in an ODI in Sri Lanka when they overhauled the hosts 316/4 with 14 balls to spare.

The visitors take a 1-0 lead in the five match series as a sparkling maiden ODI century from Solomon Mire set up an incredible win for Zimbabwe.

Sri Lanka had posted an imposing total on the back of handy contributions but none of their batsmen were able to turn starts into big hundreds.

Niroshan Dickwella (10) went early on playing a loose drive off Tendai Chatara that picked out Ryan Burl in a packed off-side.

A big partnership of 117 between Danushka Gunathilaka (60) and top scorer Kusal Mendis followed and left Sri Lanka well poised before the former was guilty of a brain fade as he broke out a reverse sweep against a quicker Sean Williams delivery and could only pick out backward point.

Mendis (86) missed out on a hundred on a great batting track when he chipped one back to bowler Graeme Cremer off the leading edge.

Upul Tharanga played a quickfire unbeaten 79 and his partners Angelo Mathews (43 off 30 balls), Asela Gunaratne (28 off 26) scored at a reasonable rate to allow Sri Lanka to post what looked to be a good score.

Zimbabwe lost out of sorts opener Hamilton Masdakadza (5) early to Lasith Malinga and when Craig Ervine (18) was dismissed it looked like it would be the same old Zimbabwe collapse.

However Mire played his shots without fear, and though he rode his luck, he kept the scoreboard ticking over and put on a vital 161 run partnership for the third wicket with Williams (65) to put Zimbabwe on top.

Williams and Mire played sweeps and reverse sweeps with aplomb to milk the spinners for easy runs and both were offered far too much short stuff by the quicks. Mire and Williams were both dropped with the opener being given two lives as first Dickwella then Malinga put him down.

Despite losing Mire (112) and Williams in quick succession, Sikandar Raza (67*) and Malcolm Waller (40*) showed nerves of steel to steer Zimbabwe to an historic victory in the shadow of Galle’s famous fort.