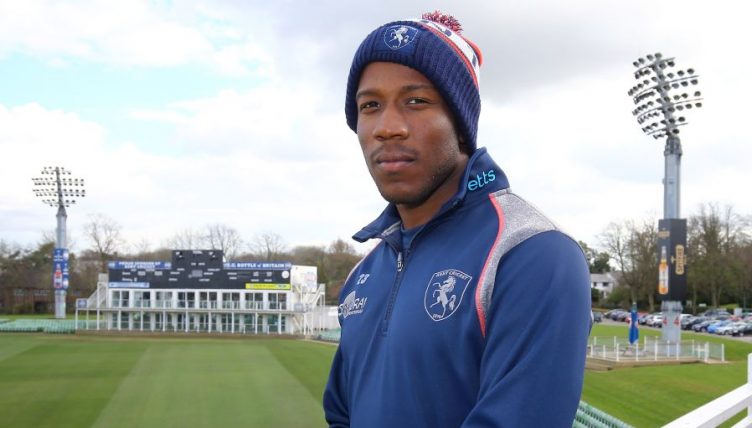 Born to parents of Jamaican descent in Lewisham, London, the mix of a West Indian and English upbringing ensured that cricket would always be a likely career path.

Having represented England at youth level in the under 15’s, 17’s and 19’s, DBD retains the ambition of pulling on the England jersey at senior level and gaining his first Test cap.

From the U19 World Cup to Denzel Washington, and Mankading to Thomas the Tank Engine, these are the Twenty Questions the Cricket Badger Podcast put to Daniel Bell-Drummond.

1) If not a cricketer, what would you have done with your life?

I’m quite into music, so in another life I might have been a musician.

[James Buttler: What kind of music are you into?]

Rap and R&B, maybe something like that. I was always quite sporty and I’m a big Arsenal fan so either a musician or a footballer.

2) Who has been the biggest influence on your career?

It has to be my dad. He played cricket himself to quite a good standard and I just followed him to games on Saturdays for club cricket and that’s how I got the love for it. He, along with my mum, provided me with all the opportunities and guided me along the right path to get the chances that I’ve had and taken in my career so far. So definitely my parents, but my dad was obviously the cricket man himself.

3) What’s been you best moment in cricket? If you could live a day of your life again to experience that joy again, what would you pick?

4) What’s been your worst moment in cricket?

My England Under 19’s World Cup. That didn’t go to plan for me personally or for the team. That was one of my lowest moments. Also, potentially, a bit of last season. The team were doing so well but I ended up getting dropped from the four-day team, so that was quite a low point personally. The team got promoted though so obviously I was very happy in that regard. So I’d probably say my lowest moment was getting knocked out of the Under 19 World Cup and struggling.

5) If you could trade lives with any current cricketer for a day who would you choose to live in the skin of?

[Virat] Kohli would be pretty cool. With the celebrity status that he has and the hype he gets, it must be a different world for him in India. Jos Buttler and Joe Root would be quite cool. The England Test captain and Jos Buttler is one of the best white ball batsmen in the world. Chris Gayle as well, he’s getting a bit old now but he’s obviously still a great player. Any of those four.

6) If I was to put you in charge of world cricket for the day, is there anything you would change?

I’d probably increase the number of teams in the World Cup. I think that it’s a bit of a shame that there’s only ten. I just think they’re [associate nations] improving so much with how franchise cricket’s going. Afghanistan are obviously at the World Cup, but Ireland have a professional set-up now and they would have been good to see included. You’ve got the guy called Lamichhane, the leg spinner from Nepal, there’ll be a lot of great cricketers who aren’t at the World Cup. Maybe I’d change the Mankad law too. Obviously I would never do it, but it’s in the laws, so I don’t know why the laws are there if it’s so frowned upon. As the law states, the batsman’s actually cheating, not the bowler so I think they should just banish the law, and it should be down to the umpire. If the batsman is gaining an unfair advantage and it keeps happening, they should get a run penalty, or they should take it out of the game completely and batsmen should play within the spirit of the game.

7) If you could meet anyone living or dead, who would you like to meet?

Muhammad Ali would be up there, Denzel Washington too and I think someone like Cristiano Ronaldo.

8) If you won the lottery what’s the first thing you’d do with the money?

Probably pay off my parents’ houses to make sure they can live freely and happily. I don’t think I’d be that expansive, I wouldn’t buy a private jet and have lots of parties or anything like that. I’d definitely make sure my family are sorted financially and then donate some to charity. I’d probably play a lot more shots than I do when batting actually because I’d have no worries financially. I’d like to live in a warmer country than England during the winters too.

9) Who would play you in Daniel Bell-Drummond the movie?

10) What’s your first memory of being really excited?

I can remember when I was three playing with Thomas the Tank Engine, and I used to absolutely love it.

11) What’s the last time you can remember feeling really nervous?

Probably yesterday! I get nervous before I bat so probably then. In fact, I had to MC at Kent at a sort of sponsor’s lunch, so I was nervous doing a lot of talking then. I’ve always been ok with doing interviews, but I’ve never usually been the one in charge of running it.

[James Buttler: How does that manifest itself before you bat?]

I don’t really pace around. I’m quite still when I get nervous, definitely not a fidgeter. I like to be able to concentrate and I don’t particularly like having to speak to people just before I bat.

Quite simple really, just to have a family when I’m older. Have kids and play for England is obviously my cricket dream, but that’s not necessarily under my full control.

13) Are you a morning or a night person?

14) What celebrity annoys you the most?

Normally reality TV stars. The sorts of celebrities that aren’t really celebrities through any profession. They’re just popular on social media, so I’m thinking people like Kim Kardashian and all of the Kardashians really.

15) If you had access to a time machine, where and when would you go?

I wouldn’t go forward in time. I’d probably go back to before technology really, so to see how people got on in the world without the aid of phones and computers etc.

17) If you could live anywhere in the world, where would it be?

London would be up there, maybe like a penthouse or something, but I wouldn’t like to be there during the winters. The Caribbean’s amazing, or Sydney, between those three, I’d just hop.

18) If you could change one thing about yourself what would it be?

I’ve got a lot of faults. I feel like I’m quite polite and well-spoken, but could do with making conversation more, or to be more of an extrovert. I’d like to be able to create contacts better.

I’d be 35 so hopefully coming towards the end of a very good cricket career.

20) If you’d been picking these questions yourself, what would you have asked yourself, to get a great answer?

A lot of the questions are quite quick and I’m a thinker so you’re not going to get much out of me in the limited time.

[James Buttler: Is there something about you that you’ve never told anyone? Give me an exclusive for the Cricket Badger Podcast]

I used to be a good drummer before I played cricket. When I was about five or six my parents had a little drum set but I kept annoying the neighbours and I kept tapping my pen at school but like the teachers would get annoyed, so my parents got rid of it.