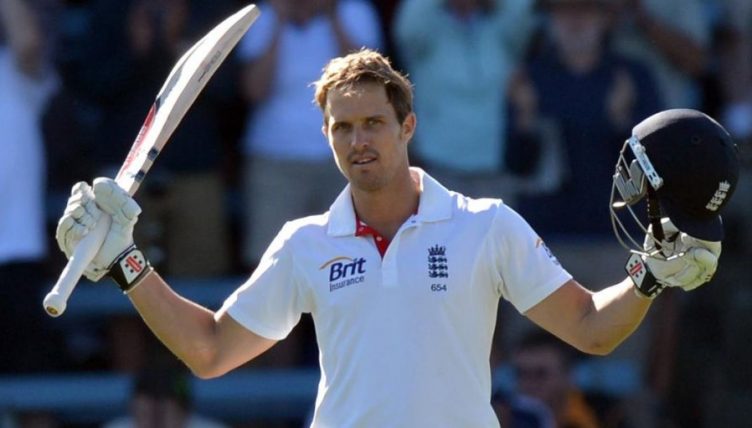 Nick made his Test debut for England against India in 2012, going on to compile two centuries from his 16-match career.

From DRS to a SEAT Ibiza, and dreaming of facing the 1980’s Windies bowling attack to reality TV, these are the 20 questions the Cricket Badger Podcast put to the recently retired ex-England opener.

1)  If not a cricketer, what would you have done with your life?

I would have liked to have been a TV presenter. A wildlife/travel presenter that gets to travel to different countries. I think travel and photography are two things that are a real passion of mine and any opportunity to do that would be great. To meet new cultures and to try and bring different people from different walks of life together by using the vehicle of sports. That’s always something I’ve really enjoyed as well as being a sportsman.

[James Buttler: You’ve done a bit of that haven’t you?]

Yeah, I’ve gone out to places like Compton in LA where rap music started and believe it or not there’s a cricket team down there called the Compton Cricket team. That was a very interesting experience, teaching some of these guys to play cricket and it was amazing to see how a sport I’ve known basically since I came out of my mum’s stomach has reached those strange places far and wide. It shows what the game has done for those guys who could have potentially been in gangs and on the wrong side of the tracks so to speak. Cricket has taught them discipline and helped to bring them out of that.

2)  What’s been your best moment in cricket?

I’d have to say winning my debut series in India. To make my debut over there, in a country that sort of sees cricket as a religion, was incredible. To hit the winning runs in Mumbai. That first Test match win will always go down as the greatest test victory I had. It was a fantastic and iconic series and I look back at that with very fond memories. My first hundred in New Zealand would also be a very special moment. So I’d say those two moments were definitely up there. I guess it goes without saying, but in Durban, having been recalled back into the team, to go out and play a couple of match winning innings in a Test match in Durban is right up there as well.

3)  What would be your worst moment in cricket?

No doubt being left out. I had an innings at Headingley where I didn’t realise at the time that I was being heavily scrutinised and that when I came off, I realised that it had then put me under huge pressure. I’ve always said international cricket is living the dream when you’re playing well, but when you’re not playing well it can be very uncomfortable and there’s nothing worse than that feeling of being exposed at the highest level on the highest platform. I think those moments where I got dropped, where my form wasn’t great, and I really felt that I wasn’t performing at my best is really disappointing because there’s nothing you can really do to stop that. You’re in the moment and you edge the ball and you know that that could be the end of the opportunity. I think missing the ashes in 2013, where they decided to go with Joe Root to open the batting is probably my biggest disappointment. I thought I was playing the best cricket of my career then and I felt that playing against Australia would have played into my strengths as a batsman. That was probably the biggest disappointment I’ve ever had.

That’s a very good question, I’d probably trade lives with AB de Villiers to be honest with you. I think the way that he plays the game, you have 360 degrees.  He plays all formats, he’s an entertainer and he’s got a huge reputation in India. Some of the shots he’s played, some of the innings that he’s played I think are just breathtaking. To play with that kind of freedom and enjoyment I think is something I’d love to experience, having really put my focus into test cricket. So, it’d be nice to be AB de Villiers for a time, particularly in the white ball form of the game.

5)  I’m going to put you in charge of world cricket for one day. If you could change one thing about cricket, be it domestically or internationally, what would you tinker with?

I’d get rid of DRS. I’m just not a big fan of it and I don’t think it’s foolproof. I think there’s still a lot of mistakes being made. it’s supposed to get rid of the howler, but I think in some ways it’s created a couple of howlers. I just feel that umpires are very much a part of the game. I think that there are organisations that can help the umpires and I’d like for us to try and keep the traditions of the game and to try and get the players to be more honest. I just don’t like DRS. It’s become too technical and I also think that it changes the rules of cricket. Benefit of the doubt has been something that has always been a part of the game and to take that away now suddenly puts stats and everything into question.

6)  If you could meet anyone living or dead, who would you like to meet?

My word that’s some question isn’t it? I’d like to spend more time with my grandfather. I know that sounds so cliché, but I was 13 when he died. I often look back and think there’s so much I would have liked to speak to him about. I would have liked to have spent more time in the pub with him as he regales more and more stories. I definitely would have had a few more laughs and definitely would have wanted to have given him the opportunity to watch me play. You look at Mohammed Ali, such an inspiration, I would have loved to have had the opportunity to have spent some time in the gym with him. I think if he didn’t motivate you, nothing would.

7)  If you won the lottery what would be the first thing that you’d spend your money on?

I would probably buy my parents a really good house and secure my sister’s situation back in South Africa. Then I’d probably buy myself a really nice house too, just outside of London, near a golf course and definitely have a golf membership at a really prestigious course. I think those are the two areas, family and having a nice home nearby. You can’t go much further than that to be honest.

8)  Who would play you in a movie about your life?

9)  What is your first memory of being really excited?

I remember getting my first pair of Nike’s and I stuck paper on the bottom of them because I didn’t want to get them dirty. I was so excited about these Nike shoes, that was probably my first real memory of excitement. I remember scrubbing the bottoms of them when I came back, I just did not want them to get messed up.

10)  What’s the first thing you bought with your own money?

I think I bought a little Seat Ibiza, which was a little car back then when I got my first contract to run around in.

11)  What’s the last time you can remember feeling really nervous?

I think probably playing against Sri Lanka, when I knew I was really out of form. It wasn’t a great time as I knew I was fighting for my place. I guess the nerves kind of turned into trying to be less serious about things and just saying ‘what will be will be’.

I’ll have to come back to that. I’ve got a very long one. It’ll have something to do with travel and going somewhere. There are a lot of things I’d like to do such as go and explore America and drive from coast to coast and just do a lot of photography. I’d like to meet up with a few mates and play some of the great golf courses along the way.

14)  What celebrity annoys you the most?

Jordan’s pretty annoying isn’t she. In terms of being crass and just lacking intelligence.

16)  If your plane was about to crash, who would you want sitting next to you?

I’d want my mother sitting next to me. She’s always been my messiah. I think having been away from her for quite some time now, it’d be nice to spend those last minutes with her.

17)  If you had access to a time machine, where and when would you like to go to?

I’d probably go back to the 80’s. To play cricket in the 80’s when the West Indies were at their full strength and cricket was probably at its purest.

[James Buttler: Do you fancy taking on the West Indian quartet of fast bowlers?]

I would love that. That sounds pretty daft, but I think that would have been a challenge like no other.

19)  If you could live anywhere in the world, where would it be?

20) If you could change one thing about yourself, what would it be?

To have been more decisive. I think there’s times where I can be indecisive. If I could be a bit more decisive, then I really feel that that would have made a big difference. I think being in sport can make things quite difficult at times, particularly considering the rest of life. I think also being able to play a bit more of a political game at times. I’ve always wanted to do well and contribute but at times I’ve probably not read the race well enough.