5 memorable Test matches between England and the West Indies 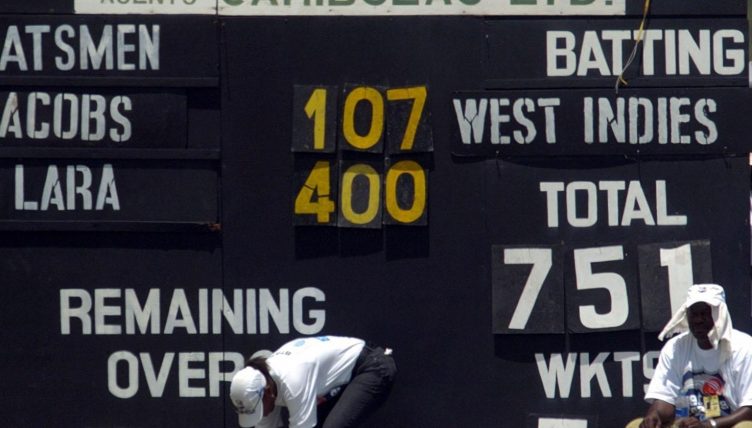 Test cricket makes a welcome return on Wednesday as England play the West Indies at the Ageas Bowl.

Here, the PA news agency looks at five memorable matches between the teams in years gone by.

On their last visit to these shores in 2017, the Windies made a dreadful start as they were battered by an innings and 209 runs in the pink-ball Test at Birmingham. A one-sided series was predicted to continue at Headingley but the wounded tourists had other ideas. After being set 322 for victory, they were put in pole position by a 144-run stand between first-innings centurions Kraigg Brathwaite and Shai Hope, who became the first batsman at the famous ground to register centuries in both innings of a first-class match. England were defeated by five wickets and although they prevailed at Lord’s, the Windies could hold their heads high after upsetting the odds in Yorkshire.

England travelled to the Caribbean in 2004 having not won on Windies soil since 1968. But the hosts had been on the decline for a number of years, largely propped up by the might of Brian Lara. He and his team-mates were left aghast at the start of the tour as Steve Harmison delivered one of the most memorable fast bowling spells in Jamaica. Hostile pace and steepling bounce brought Harmison figures of seven for 12 in 12.3 overs, setting the tone for a largely one-sided series, marking the first and only time this century that England beat the Windies on their own patch.

Lara had the final say in that series. Not content with a record Test score of 375 against England in 1994, the left-hander bettered that by 25 as he amassed 400 not out in the fourth match. Australia opener Matthew Hayden had knocked Lara off his perch in 2003, hitting 380 against Zimbabwe in Perth, but the West Indian responded by compiling 43 fours and four sixes during a 582-ball marathon which lasted nearly 13 hours. He swept Gareth Batty for four to break the record again before replicating the shot to bring up the 400. The hosts racked up 751 for five declared, but could not force the win as England followed up a first-innings 285 with 422 for five thanks to a century from Michael Vaughan.

During a summer heatwave, the Windies pace attack sent shivers down England’s spine in 1976. The series was already won, but that would not stop Michael Holding dominating the final Test at the Oval. ‘Whispering Death’, as he was nicknamed, dismantled England on a slow pitch with career-best match figures of 14 for 149, taking eight in the first and six in the second as the Windies won by 231 runs.

Graham Gooch produced one of the greatest innings at Headingley in the series opener in 1991, setting the platform for England’s first Test win over West Indies on home soil since 1969. The hosts had forged a narrow 25-run first-innings lead before Gooch took centre stage, keeping Malcolm Marshall, Curtly Ambrose, Courtney Walsh and Patrick Patterson at bay before running out of partners. Gooch’s 331-ball innings lifted England to 252, setting the tourists 278 to win, but they fell 115 runs short. England went on to win the final Test at the Oval to secure a 2-2 draw in the series.