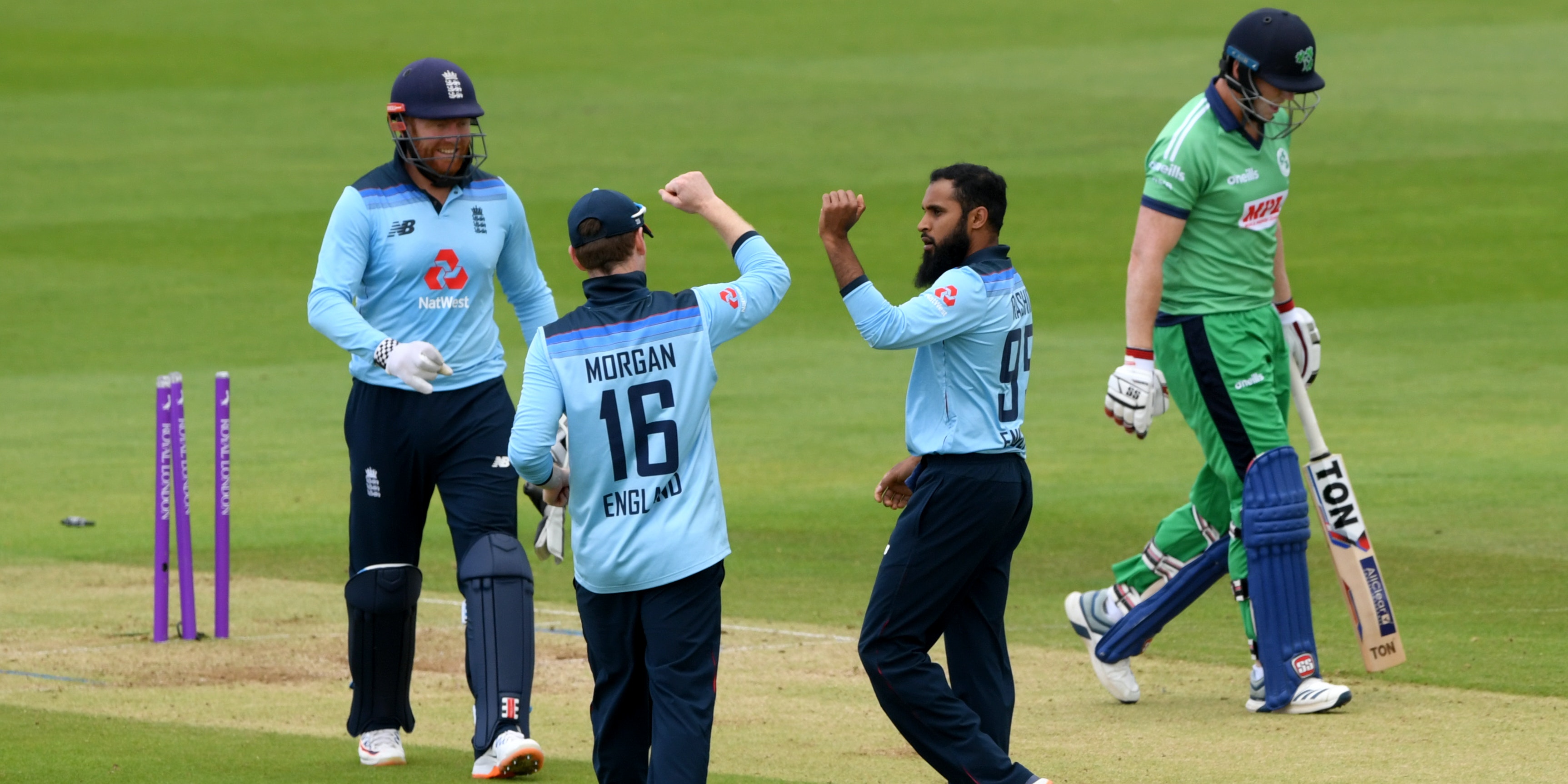 Adil Rashid became the first England spinner to reach 150 one-day international wickets while Ireland were grateful for a second successive fifty from Curtis Campher to reach a respectable total at the Ageas Bowl.

After David Willey removed both openers and James Vince’s occasional medium-pace accounted for Ireland captain Andrew Balbirnie, Rashid bamboozled the tourists’ middle order and was rewarded with figures of three for 34.

At 91 for six, Ireland were in danger of sinking without trace but Campher was once more the linchpin in their batting, sharing stands of 60 and 56 alongside Simi Singh and Andy McBrine to lift the tourists to 212 for nine.

Having been beaten in the Royal London series opener, this penultimate match is a must-win for Ireland, whose top order floundered as they had done on Thursday, when Campher marked his international bow with 59 not out.

He showed maturity beyond his years in ushering Ireland beyond 200 before he sliced to third man for 68 in the penultimate over on a day Reece Topley made his first England appearance in more than four years.

While two of Topley’s first three deliveries back in international cricket were pushed to the boundary by Paul Stirling after Ireland decided to bat first, the left-arm angle of the 6ft 7in seamer and Willey led to problems for the Ireland openers.

Gareth Delany was trapped on the crease and plumb lbw by one that shaped back into him off Willey, who had his second when Stirling sliced a drive to backward point, where Tom Banton took a fine catch leaping to his left.

The introduction of Vince led to some bemusement as he had taken just two wickets in 137 List A matches, but he had his first international scalp when he banged one into the surface and Balbirnie feathered behind after withdrawing his bat too late.

Kevin O’Brien was deceived by Rashid’s googly and bowled through the gate and though Harry Tector played a couple of excellent straight drives, he departed for 28 after thumping straight to Saqib Mahmood at mid-on.

Rashid’s 150th scalp arrived when an ungainly sweep from Lorcan Tucker caught a top edge and looped high in the air to Topley at short fine-leg.

Campher could have departed from the next ball but an under edge from a wild swipe off Rashid just about missed the stumps, and the 21-year-old made full use of his let-off as he shared a profitable partnership with Singh.

The pair were able to inject a little impetus into proceedings to move Ireland past 150, Singh departing when he got a faint edge behind, but Campher kept England on their toes.

He brought up back-to-back half-centuries with a premeditated ramp off Topley for his fifth four before taking three boundaries in an over off Willey, including an audacious reverse scoop.

His fun was ended by Mahmood in the penultimate over while Topley had a wicket on his international return from the final ball of the innings, McBrine gloving through to Jonny Bairstow.