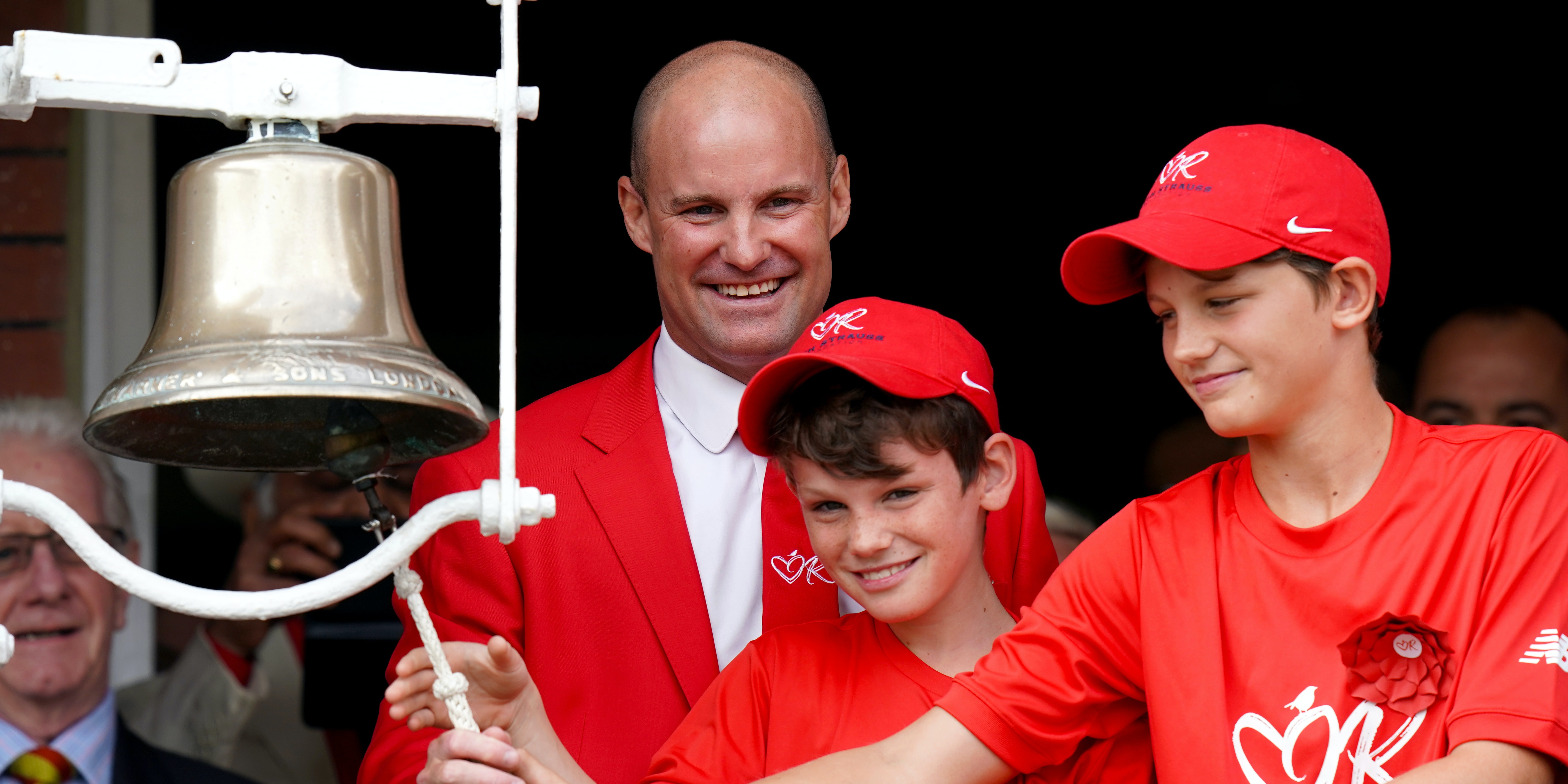 Former England captain Sir Andrew Strauss believes the latest #RedForRuth initiative can overcome the hurdle of no supporters being allowed into Emirates Old Trafford over the next few days.

The inaugural campaign dedicated to the Ruth Strauss Foundation, which raises money for families who have lost a parent to cancer, saw a sell-out 28,500 crowd turn Lord’s red for a day during last year’s Ashes encounter.

Over GBP 550,000 was brought into the charity 12 months ago but the coronavirus pandemic means fans will be invited to wear red from home for the #raisethebat series decider between England and the West Indies, starting on Friday.

“It goes without saying it’s going to be different this year, the world is in a different place and it’s obviously not going to feel quite the same as it did last year but it will hopefully be just as impactful,” Strauss said.

“I personally felt last year that the combination of the Red for Ruth day and some really good, quality cricket at the same time was a really fantastic combination. Hopefully we can do something similar this time around.

“I think we’ll try to be as creative as we can be. We’re relatively limited in what we can do given everything that’s going on with the bio-secure bubble.”

As before players will wear red caps, with logos and splashes of red also appearing on shirts, stumps and boundary hoardings. Donations, merchandise profits and an online auction will all help to raise money.

Strauss, who was assisted by sons Sam and Luca during last year’s emotional event, set up the foundation after the death of his wife in 2018 to a rare form of lung cancer affecting non-smokers.

Strauss will be in attendance at the Manchester ground this week, entering into the bio-secure bubble after a negative coronavirus test which he said “was not the most pleasant experience of my life”.

The former opening batsman accepted charities are losing out on funds at a time when their services are needed most because of the public health crisis.

But he hopes the funds raised will enable the foundation to train care professionals, who will be provided with the necessary information to be able to support families with children when a parent has not got long to live.

“We’ve had three or four events either cancelled or postponed, most of the events that you do require people to be together in a room and so that’s not possible now and probably won’t be for a while either,” Strauss added.

“What a lot of charities are finding is a reduction in donations and probably more need than ever for the services they offer.

“We’re a small charity and just starting on our journey, just over 12 months after being formed, and so we don’t have the big operational liabilities that other charities have which gives us a bit more flexibility.

“We estimate it’s going to cost about GBP 200 to put someone through the Ruth Strauss Foundation training programme so the more of those GBP 200 we can raise, the more we can help people to give the support that other people will need.”