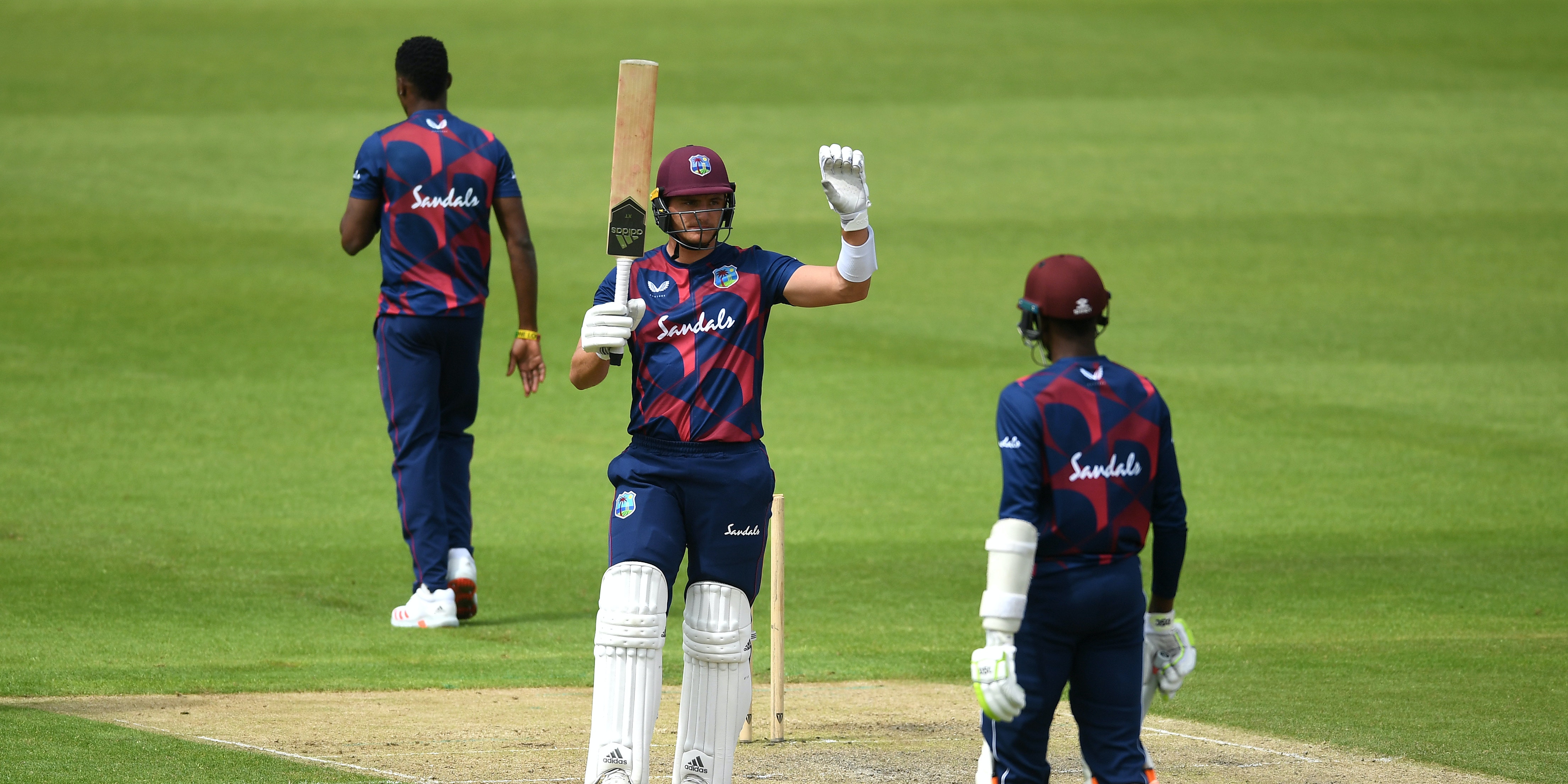 Joshua Da Silva put himself in the shop window with a fine century on the penultimate afternoon of the West Indies’ final intra-squad match after more rain had wiped out all but half an hour of the opening session.

Da Silva is unlikely to be catapulted from the reserve list to the Windies squad for the first Test against England but this composed innings spread across two days at Emirates Old Trafford may give the selectors pause for thought.

Intermittent downpours have blighted this four-day fixture but Da Silva has been the star performer amid showers, and his 133 not out is put into further context by the fact the next highest score from the Jason Holder XI was 38.

Given Holder has not bowled so far in either of the internal squad matches – while he had an ankle niggle recently, the Windies insist he has fully recovered – it was odd to watch to watch a second string batsman take centre stage.

That should take nothing away from Da Silva’s display. The wicketkeeper may have got off the mark on Tuesday with a streaky flash over the slips but he has grown in stature against a side captained by Kraigg Brathwaite.

There were a number of eye-catching drives while he weathered a hostile spell from Oshane Thomas this afternoon, batting on despite a painful blow to his right hand on 75 and carrying his bat as his side were all out for 272.

He resumed on 60 not out – exactly half of his side’s overnight 120 for five – but faced only two balls before rain led to another delay. The first two days had seen only 34 overs played because of the inclement weather.

Ninety minutes later, Da Silva was back at the crease under floodlights. He was more restrained than in the early part of his innings and a touch fortunate on 69, when a loose drive flew between fourth slip and gully.

It was a rare misstep from the 22-year-old as he and the more watchful Raymon Reifer calmly led their side into lunch and beyond.

Rahkeem Cornwall had proven ineffective early into his spell but the spinner broke Reifer’s resolve, the batsman spooning straight in the air and departing for 22 as Keon Harding took a fabulous catch running back from mid-off.

Da Silva negotiated an aggressive four-over spell from Thomas, getting treatment after being struck on the bottom hand, but needed a bit more luck when he heaved Cornwall into the deep, bisecting the two leg-side fielders.

A crisp clip past midwicket was his 15th four and took him to three figures and he celebrated with a fist pump and a scream of ‘Yes’ to a smattering of applause.

Alzarri Joseph injected some impetus into the innings with some lusty blows, Cornwall going the distance on one occasion, in a dashing 38 from 32 balls, part of a 77-run stand that took the side past 250.

The lower order batsman had his stumps rearranged by Harding before left-armer Preston McSween cleaned up the tail, bowling Kemar Roach, Jomel Warrican and Shannon Gabriel in short order.