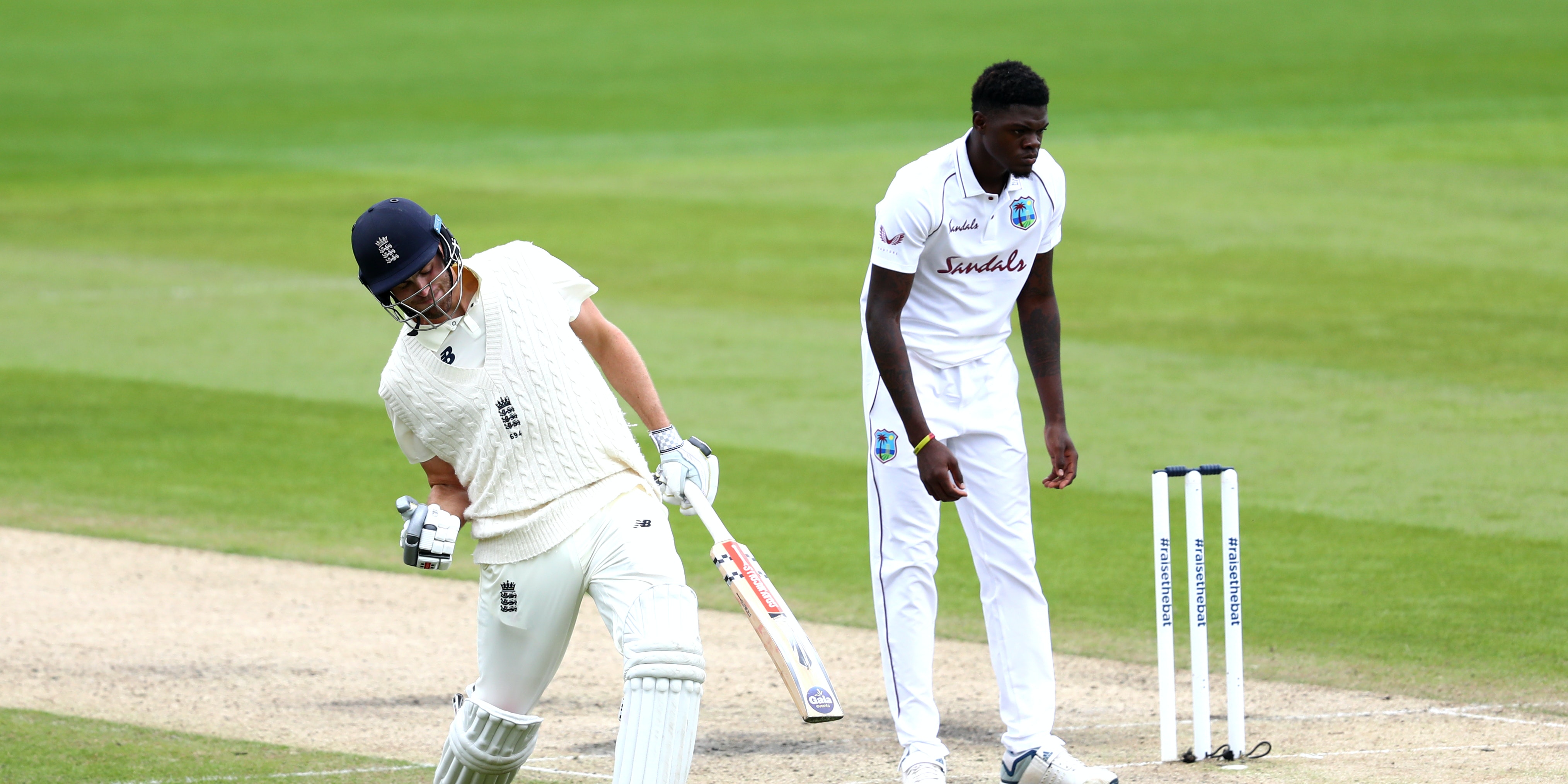 Dom Sibley and Ben Stokes brought up hard-fought centuries either side of lunch as England gradually built up a position of strength on day two of the second Test against the West Indies.

Sibley reached his second Test hundred before the break off a painstaking 312 balls, the third slowest by an Englishman at home, with Stokes following him to three figures in the second over of the afternoon. His 10th hundred was also his slowest at 255 balls.

The pair stretched their unbroken fourth-wicket partnership towards 200 but made no attempt to pull away, adding just 57 runs in a stately opening session to reach 264 for three.

Sibley got over the line by punching through mid-on for three as he closed in on eight hours at the crease.

His previous Test hundred took 269 balls in Cape Town but this one was even more of a stoic affair, including just 15 runs in the session.

Sir Geoffrey Boycott is usually a useful frame of reference for obdurate English batsmen but his slowest century for England took 303 balls in Hyderabad, a number Sibley happily cruised past as he left the many balls which sailed a foot or more wide of off stump and blocked plenty others.

Among Englishmen on home soil only Michael Atherton, who took three balls longer against the same opposition at The Oval in 2000, has taken more deliveries to reach three figures.

It remains to be seen if the solid foundation can prove a winning base for England – it did in Cape Town – and much responsibility rests with Stokes if that is to happen. He scored 40 runs in the morning’s play but was still heavily reserved by his usual standards.

He will be expected to go through the gears after working through 252 balls and an entertaining late duel with Shannon Gabriel, which included one nasty rap to the glove and a couple of expansive swings, suggests that could be on the cards.

As for the Windies, their bowlers mixed a handful of brilliant balls in the channel with a vast collection of fluff. Gabriel went too wide, too often and Kemar Roach is still searching for his first wicket of the series.

If England can put more minutes and more miles in their legs, the lower order could find run-scoring considerably easier as they seek to set up the game.